Ocean fish have served as a valuable source of nourishment, employment and recreation in the United States for centuries. The U.S. commercial seafood industry supports an estimated 1.5 million jobs, and the recreational fishing industry, with approximately 12 million anglers, supports more than 384,000 jobs. Healthy fish populations sustain these economic benefits and vibrant marine ecosystems.

The Magnuson-Stevens Fishery Conservation and Management Act (MSA) is the primary law that governs management of our ocean fish. Since its enactment 35 years ago, the MSA has mandated that conservation and management measures for U.S. ocean fish populations be science-based and prevent overfishing (taking fish faster than they can reproduce) to ensure the long-term sustainability of this important resource.

In 1976, Congress passed the Fishery Conservation and Management Act, the precursor to the MSA, primarily to eliminate rampant foreign fishing off the U.S. coast and to promote the domestic fishing industry. Although the law succeeded in both regards, it expanded domestic fishing so much that overfishing became a national problem, leading to the collapse of such commercially important fish populations as New England cod.

In 1996, a bipartisan group of lawmakers passed the Sustainable Fisheries Act, which shifted the focus of the MSA from promoting fishing to conserving sustainable fish populations. Major changes made by the 1996 amendments include:

Despite these changes to the law, however, chronic overfishing continued to prevent the recovery of many fish populations. For example, of the 49 major U.S. fish stocks that were subject to overfishing for at least six years from 1998 to 2006, 31 were still subject to overfishing in 2006. In response to this problem, Congress, led by the late Senator Ted Stevens (R-Alaska), again strengthened the MSA in 2006 by requiring fisheries managers to abide by the recommendations of scientists in establishing annual catch limits that do not allow overfishing. To quickly end overfishing, Congress established specific deadlines to set these catch limits and to put accountability measures in place to discourage fishermen from exceeding these limits: 2010 for fish populations experiencing overfishing and 2011 for all other fish populations. President George W. Bush signed these amendments into law on January 12, 2007. 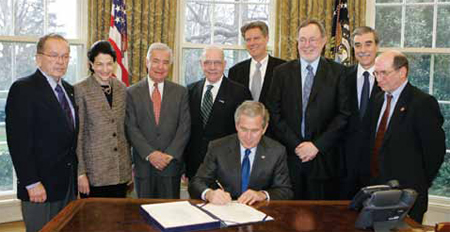 How Does the Law Work?

Today, the MSA requires the sustainable management of ocean fish populations based on two key principles: (1) do not allow more fish to be taken in a year than nature can replace (in other words, end and prevent overfishing); and (2) rebuild overfished populations to healthy levels in as short a time as possible. This is accomplished through development of fishery management plans that include mechanisms for:

The MSA requires that fishery management plans adhere to 10 national standards related to environmental and socioeconomic priorities, including preventing overfishing; achieving “optimum yield” (the yield from a fishery that provides the greatest overall benefit to the nation); minimizing bycatch; using the best scientific information available; minimizing economic impacts to fishing communities; and promoting efficiency and safety. The MSA provides flexibility in achieving these sometimes conflicting national standards, but preventing overfishing is the top priority. 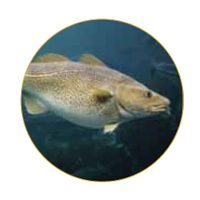 The MSA is designed to solicit local input for management decisions from fishermen and other stakeholders through a regionally based system. Eight fishery management councils—for New England, the mid-Atlantic, South Atlantic, Caribbean, Gulf of Mexico, Pacific, North Pacific and Western Pacific regions—are responsible for developing regional fishery management plans and plan amendments. The councils work under the guidance of the National Marine Fisheries Service (NMFS) of the National Oceanic and Atmospheric Administration (NOAA). Councils include representatives of the regional coastal states, federal government agencies, commercial and recreational fishermen, and others with expertise in fisheries management. They receive information on relevant biological, environmental, economic and social factors from a range of advisory panels as they develop plans and plan amendments.

The general public has many opportunities to help shape fishery management plans and amendments by participating in committee meetings and public hearings and through written comments to the councils. Once a fishery management plan or amendment to a plan is approved, the council submits it for final approval to the secretary of commerce, who oversees NOAA. After the plan is approved, the secretary, acting through NMFS, issues federal regulations to implement the plan or amendment. As new information becomes available or new problems occur, plans can be amended through the same public process with agency approval. Currently, 47 fishery management plans are used to manage 230 commercially and recreationally important fish populations.

On the Path to Recovery

The MSA has guided management of our valuable ocean fish populations for three and one-half decades. Today, because of this law, fishery managers must use science-based catch limits that do not allow overfishing ad rebuild depleted fish populations to healthy levels. These requirements are working, providing economic benefits to fishing communities and the nation as a whole. 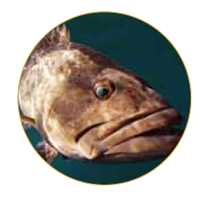 Estimates of the economic value or rebuilding all U.S. fish populations include a $31 billion increase in annual sales and support for 500,000 new U.S. jobs. Since 2001, 21 fish populations have been rebuilt, including Atlantic sea scallops (the most valuable fishery in the country) and mid-Atlantic bluefish. Other important fish populations, such as summer flounder in the mid-Atlantic and red snapper in the Gulf of Mexico, are on the road to recovery. Although we are making significant progress, we must stay the course: Thirty-nine major commercially and recreationally important fish populations are still subject to overfishing. The MSA provides us with the tools to end overfishing and sustain healthy fish populations. Congress should continue to support the historic, bipartisan law so that future generations of Americans can enjoy great fishing and healthy oceans teeming with fish.

To view citations and notes, please download the PDF version of this fact sheet.