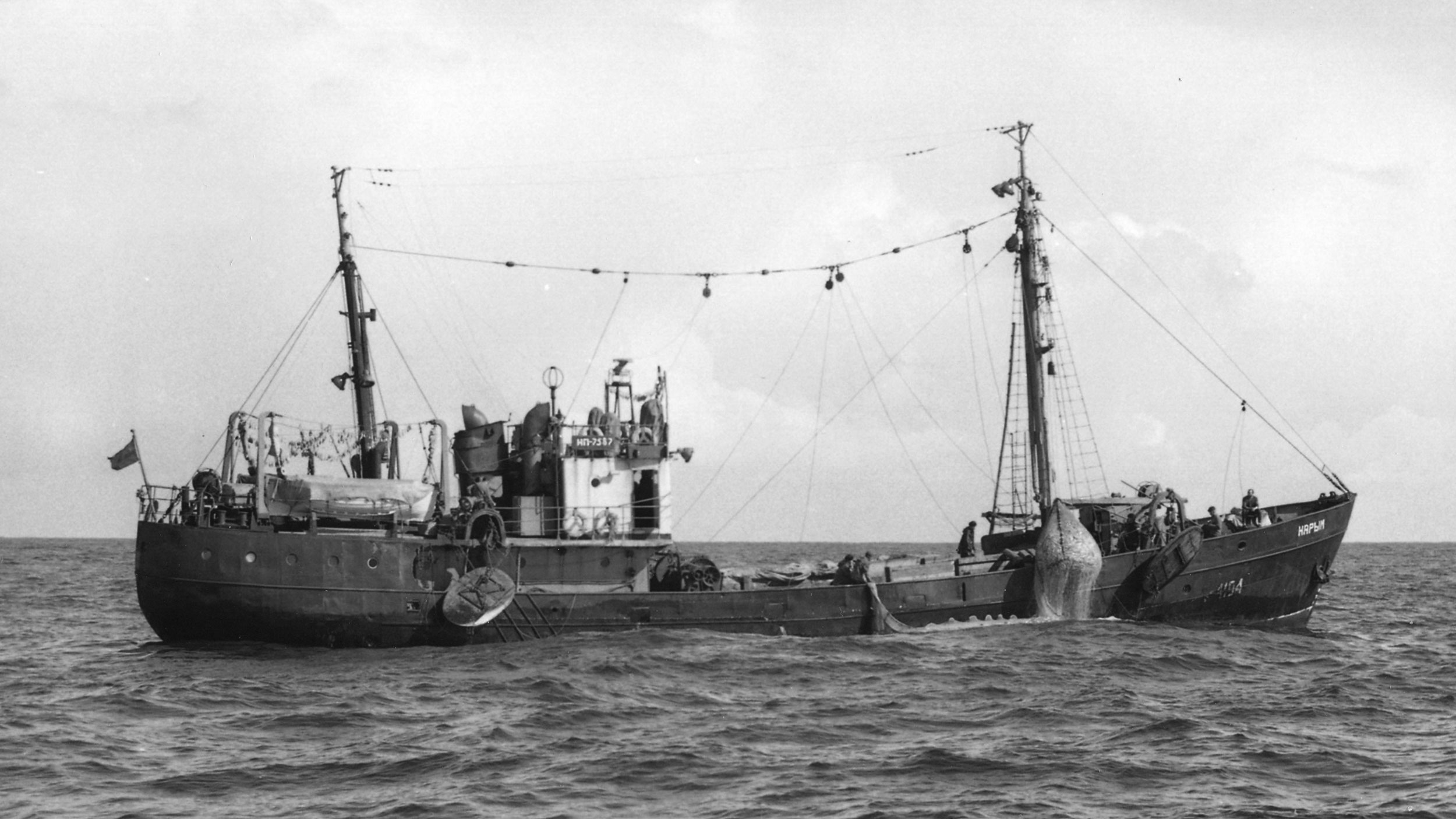 A Russian SRT boat off Washington state coast in 1966 hauling in a catch of hake.

The United States rightfully boasts many of the best-managed fisheries in the world thanks to a 1976 ocean fishery management law, which today is known as the Magnuson-Stevens Fishery Conservation and Management Act. Perhaps it’s no surprise that the statute, the primary law that governs fishing in U.S. ocean waters, emerged from an era that saw an awakening of environmental consciousness: The Clean Water Act, the Endangered Species Act, and the Clean Air Act all became law on the heels of the first Earth Day in 1970.

But Washington Democratic U.S. Senator Warren Magnuson didn’t necessarily share the era’s "green" vision when he authored the law, along with Alaska Republican Senator Ted Stevens and Congressmen Gerry Studds, a Democrat from Massachusetts, and Don Young, a Republican from Alaska. He saw red.

Cold War politics dominated the worldview of Magnuson, a naval veteran of World War II who bristled at the sight of Soviet catcher-processors just off the picturesque coastline of Washington and Oregon. That shore, however, wasn’t the only place where foreign fleets took up residence off the U.S. coast, said Oregon State University fisheries historian Carmel Finley. Thousands of foreign boats plundered haddock and other fish stocks off New England, and Stevens himself recalled in 2003 that Japanese trawlers clustered year-round in Alaska waters. But it was the industrial-scale Soviet fleet off the Pacific Northwest that really irked Magnuson.

Bob Hitz, a now-retired marine biologist, wrote about a remarkable daybreak view during a research trip just off the coast of Washington in 1966.

"Everywhere else there were ships," Hitz wrote in Finley’s blog in 2012, "a huge fleet of Russian ships and as the sun rose, the red hammer and sickle on the stacks seemed to glow from the reflection."

Finley noted this state-backed industrialized fleet began targeting Pacific Ocean perch in the Bering Sea in the late-1950s, then made its way south down the Canadian and U.S. coast. "They discovered that, along the whole continental shelf from the Bering Sea down south, is this really rich environment between 90 to 120 fathoms," Finley recounted. "They just moved south and sucked them up."

Magnuson and Stevens, a fellow World War II veteran, agreed it was time for the United States to establish a 200-mile exclusive fisheries zone off the coast. "We set out to address the issue of sustainability in our fisheries," Sen. Stevens recalled in a 2003 speech. The bipartisan law that they sponsored called on managers to prevent overfishing and promoted conservation, although Finley noted that at the time "conservation" was defined as maximizing the yield of natural resources for the country's benefit. 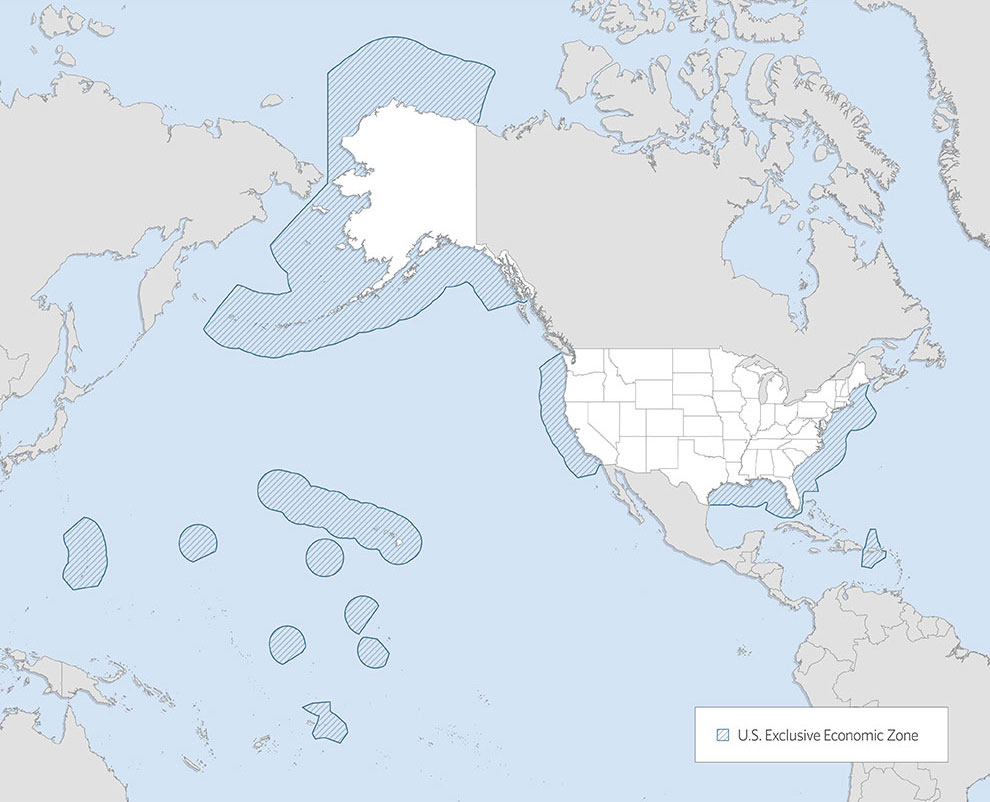 Scientists and fishery managers have learned a lot since then. For one thing, the "Americanization" of the domestic fleet—spurred by federally backed loans to replace or upgrade fishing vessels—empowered U.S. fishing vessels to deplete many of the same stocks previously targeted by foreign boats. This led to the collapse of important fish populations in New England and the Gulf of Mexico in the late 1980s and early 1990s. Congress, when it reauthorized the Magnuson-Stevens Act in 1996 and again in 2006, improved protection of fish populations by requiring ocean managers to use science to decide the number of fish that commercial and recreational fishermen could catch sustainably each year, and to establish firm timelines to rebuild overfished populations. Even now, these continuing efforts help ensure that marine resources are being managed wisely for current and future generations of fishermen and coastal communities.

Climate change makes the seas warmer and more acidic, damaging coral reefs and causing fish to move out of their usual areas, even as coastal development degrades natural habitats, and people extract natural resources from ever more-remote parts of the globe. Yet, when it comes to sustaining American fisheries, the Magnuson-Stevens Act, after the 1996 and 2006 amendments, has risen to the challenge and helped the nation maintain, even improve, its coastal waters and marine habitats. As Congress debates reauthorizing the law over the coming year, lawmakers should require regional fishery councils to broaden their focus from managing single species in isolation, to a big-picture approach that looks at protecting ecosystem function and structure. With such an approach, fishery managers could account for what fish eat, what eats them, where they live, and how they’re all affected by fishing.