The strong response comes amid a wave of increased illegal fishing activity from Asia in Palau's waters. The 77 men aboard the vessels were loaded onto two unburned boats with enough fuel and provisions to return to Vietnam.

Pew is working with Palau to create a marine sanctuary in its waters that will be one of the largest fully protected areas of ocean in the world when the legislation is approved. In April, Pew co-hosted a three-day workshop with Palau’s president, Tommy E. Remengesau, Jr., and the Scripps Institution of Oceanography to develop a comprehensive enforcement plan for the proposed sanctuary.

All international laws and conventions were followed in the burning of the vessels.

In a statement, President Remengesau said:

"We have a simple message for those who try to steal Palau’s marine resources: We will not tolerate poachers in our ocean. Palau is working with our military, diplomacy, and NGO partners from around the world to get tough on illegal fishers and protect our food security." 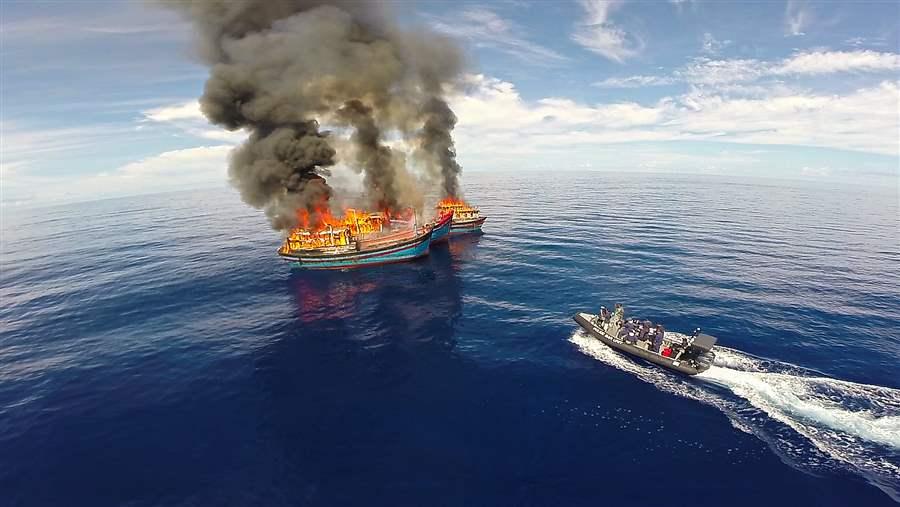 The boat burning was intended to send a strong message to the growing number of illegal fishermen in Palau’s waters. 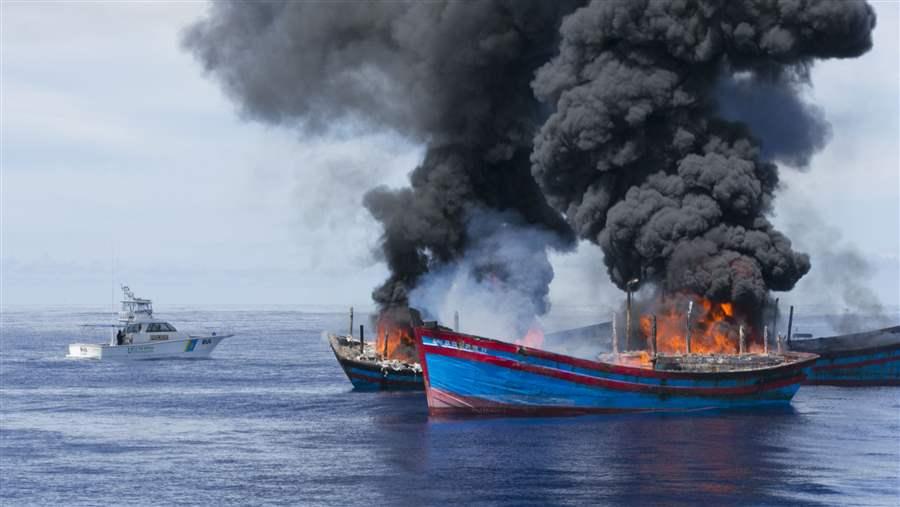 Officials in a vessel belonging to Palau Marine Law Enforcement (left) supervise the burning. The enforcement vessel is named Bul, a word that describes the traditional Palau custom of banning catch of certain species to prevent overfishing. 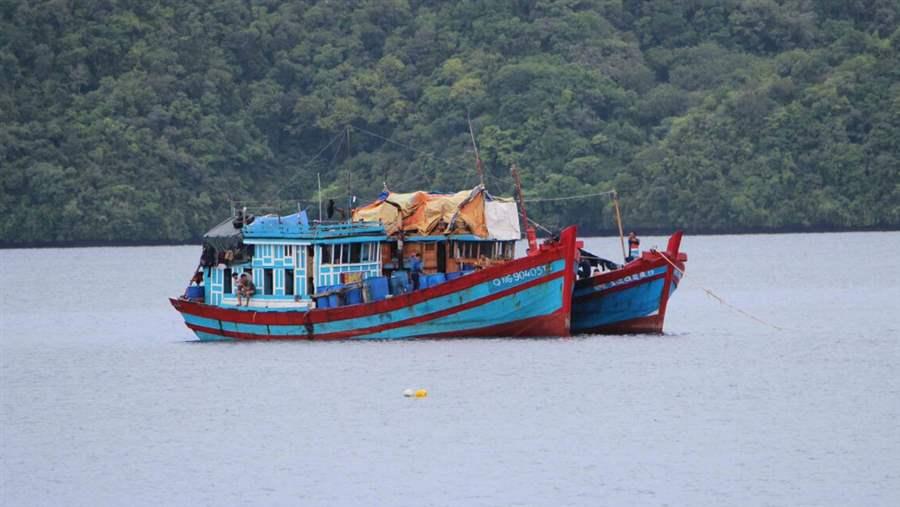 © Olkeriil Kazuo, Office of the President of Palau

Since 2014, 15 Blue Boats from Vietnam (such as the two pictured here on June 12) have been caught stealing over 55,000 pounds of Palau’s marine species for the black market in Asia. 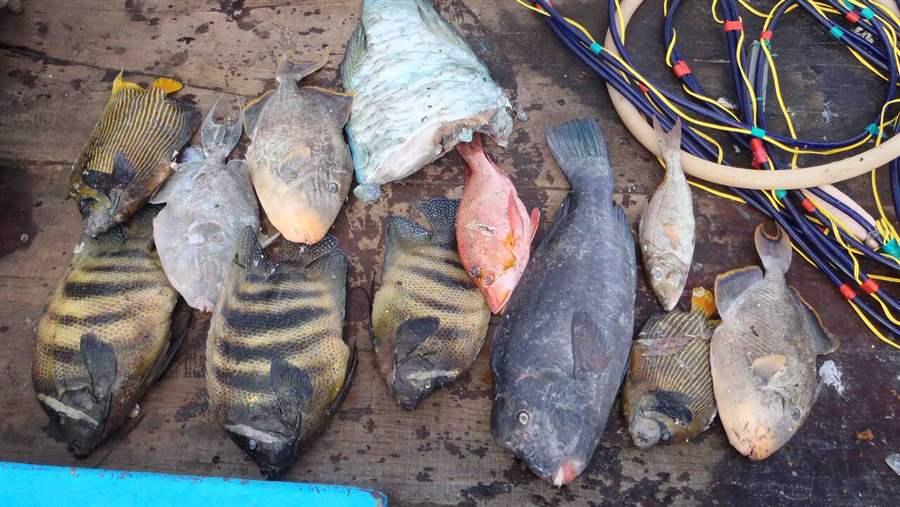 © Olkeriil Kazuo, Office of the President of Palau