The government of the Turks and Caicos Islands has approved amendments to territorial fishing regulations that will ban the export of sharks from its Caribbean islands beginning July 1, 2015.

Currently, no international trade in sharks originates from this British overseas territory, so the new regulations, approved by the governor’s cabinet, will keep commerce in shark fins and meat from starting.

“Healthy populations of sharks will ensure healthy reefs, and healthy reefs can be translated into a robust economy attributed to tourism,” noted the Turks and Caicos Islands’ Department of Environment and Marine Affairs in a statement.

Sharks are not like other fish: Most grow slowly, are late to mature, and have few young, making them highly vulnerable to overfishing. Each year about 100 million sharks are killed in commercial fisheries for their fins, meat, livers, skin, and other products. It is estimated that they are being removed from the ocean twice as fast as their capacity to reproduce.

“This export ban is a great first step in restoring depleted shark populations to the waters of the Turks and Caicos Islands,” said Angelo Villagomez of The Pew Charitable Trusts. “But there is still work needed to fully safeguard sharks here and across the Caribbean.” 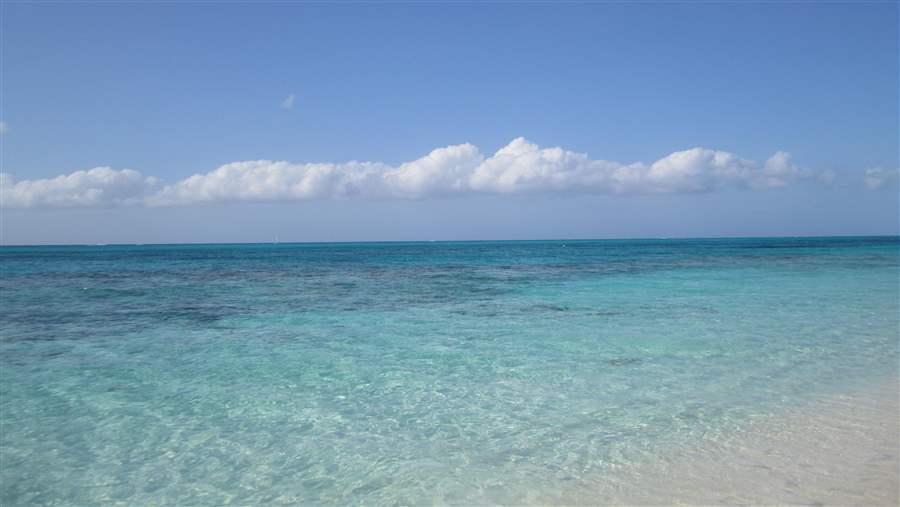 As top predators, sharks are essential to the health of the ocean, where they have roamed for more than 400 million years. Marine life in the seas has evolved around their presence, and their severe depletion has thrown many marine ecosystems off balance.

Many shark species make their homes in waters around the Turks and Caicos Islands. These include silky and lemon sharks, which the International Union for Conservation of Nature considers Near Threatened with extinction, and thresher sharks, which are listed as Vulnerable. By regulating the variety and abundance of other marine species in the food web, these local sharks play vital roles in maintaining the health of critical coral reefs. Without them, these beautiful and diverse marine areas risk becoming degraded.

“The ecological consequences of losing sharks are something the Turks and Caicos Islands should not risk,” said Rob Stewart, director of the documentary “Sharkwater.” “All sharks need protection now.”

In addition, sharks can provide valuable tourism income to islands such as the Turks and Caicos. A 2009 study of sharks in Palau, an island nation in the western Pacific Ocean, found that an individual reef shark in the water is worth US$1.9 million over its lifetime, mainly as a tourism draw, and only US$108 when caught and sold. In many small island states, shark diving and watching, science, film and photography, shark education and research, and other related industries are significant sources of revenue.

According to Pew’s Villagomez, “If the Turks and Caicos Islands continue to advance shark protections, it will go a long way to keeping the islands’ coral reef ecosystems—and dive tourism—strong.”