I recently had the pleasure of welcoming a cadre of public lands specialists from 11 states who came to Washington, DC, for the fourth annual Western lands partner meeting, sponsored by The Pew Charitable Trusts and The Wilderness Society. It was invigorating to be around activists driven by their passion for conserving the nation’s wild public lands. Many had spent countless days, weeks, and months inspecting their regions by foot, bicycle, and truck to identify areas with high-quality natural characteristics that we should seek to protect through the administrative land-use planning process.

Pew is working with this group of advocates to urge the U.S. Bureau of Land Management (BLM)—the nation’s largest land manager, with oversight of more than a quarter-billion acres—to advance broad protections in these regions. The two-day workshop enabled us to talk strategy and meet with agency leaders and other decision-makers. 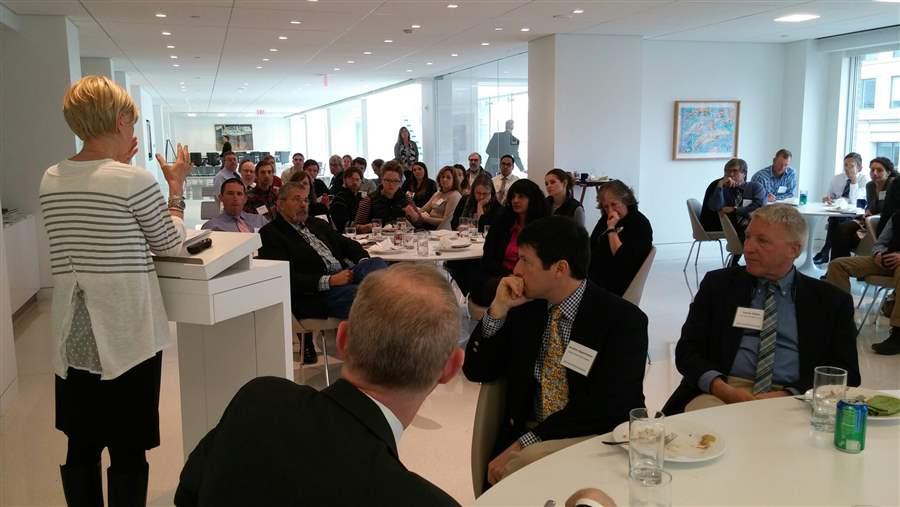 This is an incredible time to be involved in BLM advocacy, because only 12 percent of the BLM-controlled land is safeguarded and because the agency is actively identifying lands to conserve through a planning process addressing more than 120 million acres. Four years ago, Pew created a campaign to push for protections on public lands identified by our partner groups as harboring outstanding wilderness areas and other natural values. So far, the agency has released a draft of the Desert Renewable Energy Conservation Plan in Southern California, which would protect key areas in the ecologically fragile Mojave Desert. The BLM has also released draft plans for Nevada’s Las Vegas-Pahrump and Carson City areas  that would conserve significant lands across the basin and range country of the interior West. Another BLM endeavor on the verge of being finalized is a series of management plans for shielding greater sage-grouse habitat in a “sagebrush sea,” an area that covers parts of 10 Western states and affords irreplaceable habitat for more than 250 species. Recreation in this region generates more than $1 billion annually.

The current leadership at the Department of Interior, which oversees the BLM, has just 21 months of tenure remaining.  Hanging in the balance are decisions affecting a significant swath of public lands.  Pew, and our partners, will continue to work on the front lines of advocacy to bring a responsible balance to discussions about how these areas are managed. We intend to continue this work so that everyone – including future generations – can enjoy these spaces.