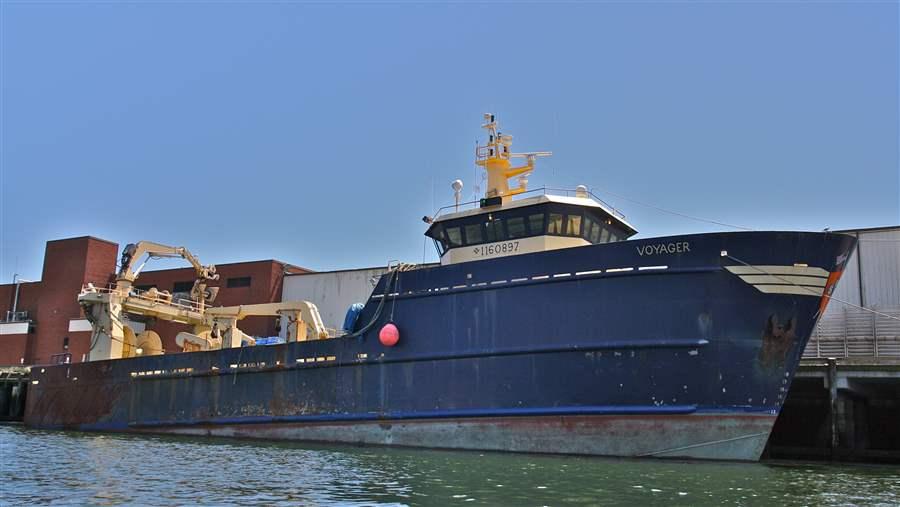 Each year, a fleet of fishing vessels takes some 200 million pounds of Atlantic herring from New England’s waters. That’s roughly 1.5 billion fish. Most is caught by industrial-scale trawlers scooping up herring to be sold as bait for the lobster industry.

The New England Fishery Management Council, which decides on allowable catch limits, says herring are not being overfished. But here’s the catch, if you will, with those catch limit numbers: What the council currently considers a safe level of fishing does not take into account the importance of herring as a source of food for a wide variety of ocean life.

Puffins and other seabirds, whales and other marine mammals, and many of the large predator fish that support the region’s commercial and recreational fishing—cod, striped bass, and tuna—all depend on a bounty of herring. As things are, the herring fishery operates with no explicit requirement to leave behind enough to meet the needs of marine wildlife.

For years, many New England fishermen have expressed concern that the herring industry has harmed other forms of fishing. “The healthier the herring, the more tuna,” Steve Weiner, a Maine tuna fisherman, recently told the Associated Press. Weiner said he wants the council to “take control” of managing this important resource.

Now, the New England council is considering action to do just that. An amendment to the rules would require that catch limits take into account the role herring play in the ocean food web. This “ecosystem-based” approach would establish a new policy to ensure that enough herring are left in the water to feed other animals.

The New England council is taking public comments until the end of April on this rule change, known as Amendment 8 to the Atlantic herring fishery management plan, and I encourage you to weigh in.

There’s a lot riding on this decision, and not just for commercial fishermen. Recreational angling suppliers, charter boat captains, whale watch tours, and other coastal businesses all stand to gain from improved management of this key forage species.

But bringing change to the herring industry, which brings in $25 million a year, will not be easy. We will need those who care about healthy oceans to speak up.