Each winter and spring, giant western Atlantic bluefin tuna enter the Gulf of Mexico to breed. And each time, hundreds are caught and killed on surface longlines, indiscriminate fishing gear intended for yellowfin tuna and swordfish.

For decades, NOAA Fisheries, the agency responsible for the stewardship of marine resources, attempted to protect this depleted bluefin population from dying on hooks meant for other species, but nothing provided a lasting solution. So in 2009, the agency decided to take a different approach.

Working with academic researchers, the longline industry, and the conservation community, NOAA Fisheries developed a rule that helps protect bluefin tuna, while still allowing Gulf commercial fishermen access to yellowfin tuna and swordfish. On April 1, one of the rule’s game-changing provisions takes effect in the Gulf, the only known spawning ground for western Atlantic bluefin. 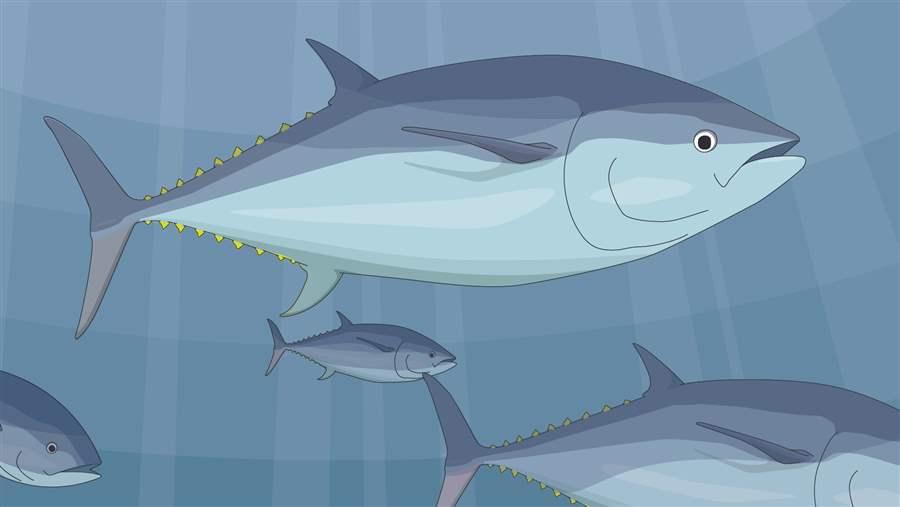 The rule sets up two new gear restricted areas, effective every April and May, when bluefin are most abundant in the Gulf. Vessels using surface longlines cannot fish in these areas during those months, but those using highly selective equipment, such as green sticks for yellowfin tuna and buoy gear for swordfish, are permitted. The two gear restricted areas total 26,858 square miles. That’s twice the size of Maryland.

“I was happy to work on this important issue during my time at NOAA, and even more gratified to now see these protections moving forward,” Schwaab said. “Smart protection for bluefin tuna in places they aggregate to spawn or feed is a great way to minimize bycatch.”

NOAA Fisheries also established a gear restricted area off Cape Hatteras, North Carolina, where bluefin tuna gather to feed in the winter months. As of early March, the U.S. longline fleet has reported only one dead discard, suggesting that the new rule is successfully reducing waste in the fishery.

But the protections created by the new rule could be threatened. We recently learned that Mexico wants to fish for bluefin in its territorial waters in the Gulf. Vessels fishing in those waters could catch big spawning bluefin before they have a chance to reproduce. For the past 35 years, the international community has prohibited fishermen from directly targeting bluefin in that critical spawning area. NOAA Fisheries must lead that community in rejecting any attempts to reopen it.

Jason Schratwieser, conservation director with the International Game Fish Association and a key ally, strongly opposes restarting this fishery. He said that would jeopardize rebuilding efforts and undercut the benefits of these new gear restricted areas.

“United States commercial and recreational fishermen are taking significant steps to protect western Atlantic bluefin tuna in their only known spawning area,” Schratwieser said. “It’s imperative that we keep directed fisheries for bluefin out of the Gulf of Mexico so that this species has a shot at making a recovery.”

With the adoption of these new protections, western Atlantic bluefin tuna finally have a chance to rebuild. Let’s make sure they can.