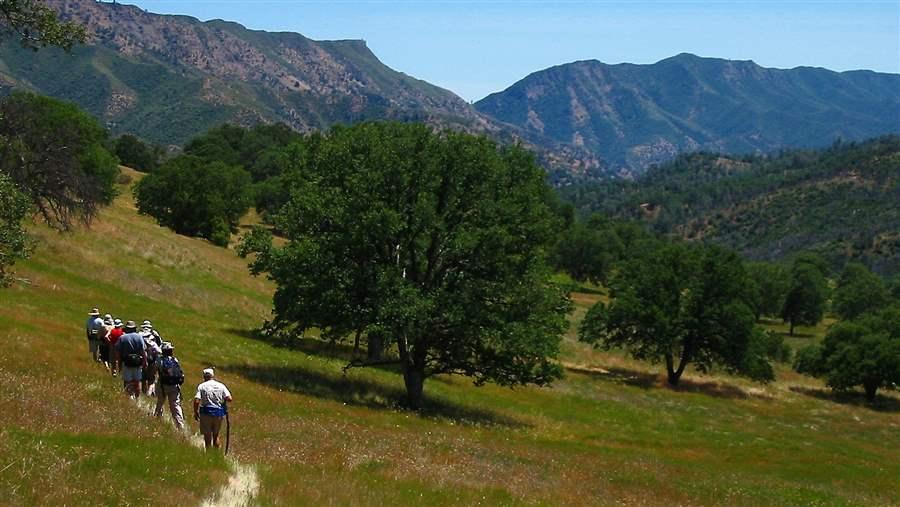 The area, which runs for 100 miles from the north to the south, and through Napa, Lake, Mendocino, Solano, and Yolo counties, offers excellent opportunities for hiking, camping, hunting, fishing, mountain biking, and whitewater rafting. A number of wildlife species can be found in the area, including bald eagles, mountain lions, and black bears. 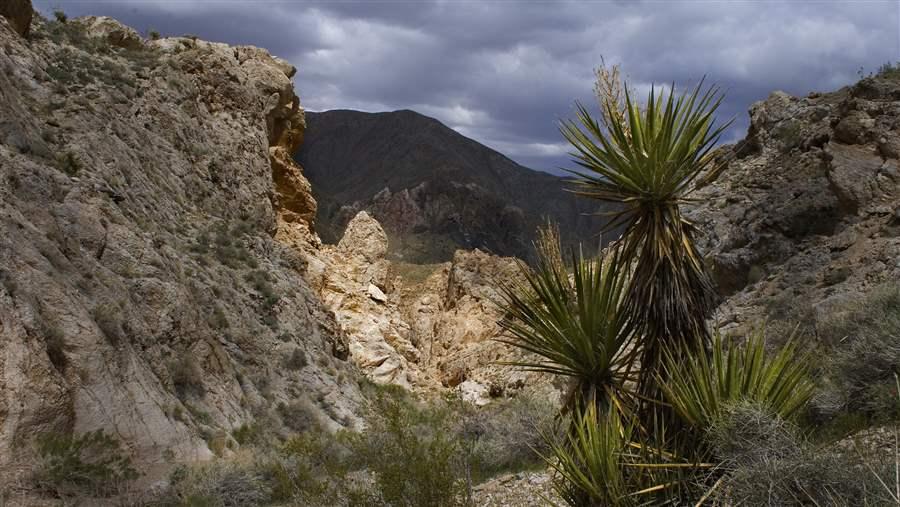 The California Desert Conservation and Recreation Act would create or expand 11 wilderness areas that total 395,588 acres; designate two new national monuments—Mojave Trails and Sand to Snow; and enlarge Joshua Tree and Death Valley national parks and the Mojave National Preserve. It would also safeguard key waterways, such as the Amargosa River and Deep Creek, as wild and scenic rivers and set aside areas for the use of off-road vehicles and potential development of renewable energy resources.

Community, business, and conservation leaders from the California desert region support the legislation, which includes areas that represent an important part of the nation’s natural heritage, contribute to the region’s economy, and offer opportunities for a wide variety of recreational activities. 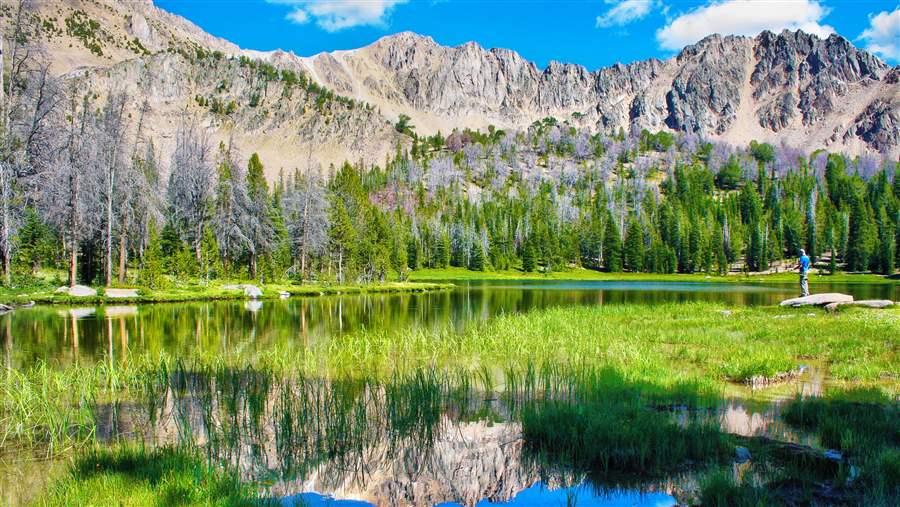 Boulder-White Clouds is the largest unprotected wild area in any national forest within the 48 contiguous states. Its broad range of elevations and habitats lends to the area’s enormous biological and geographical diversity. Since the land is uninterrupted by roads, Boulder-White Clouds is a popular destination for hunting and fishing, harboring spawning salmon and big game such as elk, moose, mountain goats, bighorn sheep, black bears, and cougars.

This revised bill’s wilderness acreage is more than 50,000 acres less than in previous versions introduced by Rep. Simpson. Concerned that Congress has failed to act on this initiative for over a decade, the Boulder-White Clouds coalition is asking President Barack Obama to designate the Boulder-White Clouds region as a national monument to ensure protection.

The bill was developed over five years by a diverse group of local stakeholders with the goal of expanding recreational opportunities, promoting conservation, and aiding economic development in Douglas County.

In addition to permanently protecting three canyons and the sagebrush, pinyon pine, and juniper growing there, 8,000 acres of federal land would be conveyed to the county to sell for development. Eighty-five percent of the profits would be set aside to acquire conservation easements on environmentally sensitive land, and another 1,000 acres containing culturally significant sites would be transferred to the Washoe Tribe of California and Nevada. 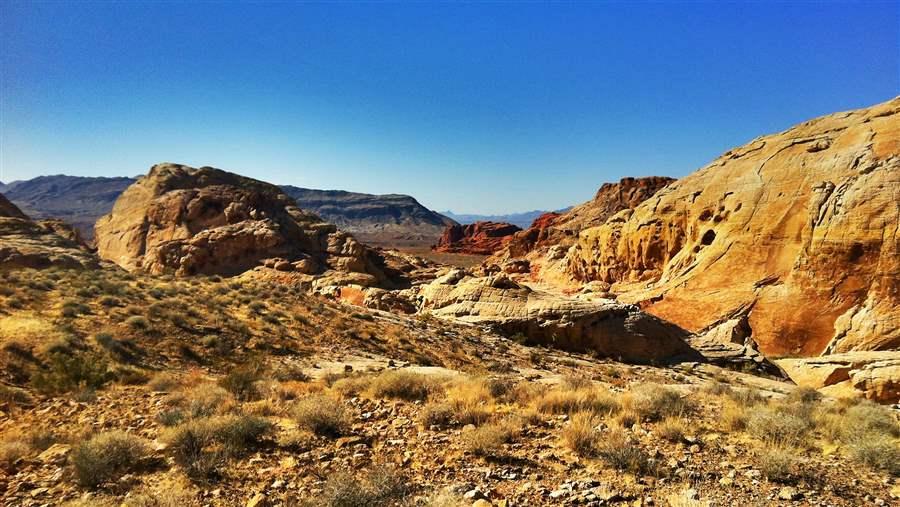 The bill would designate a nearly 350,000-acre national conserva¬tion area (NCA) that would include 129,500 acres of wilderness. An additional 92,000 wild acres would also be designated within the Lake Mead National Recreation Area.

These protections aim to preserve ancient petroglyphs, cultural resources, and wildlife habitat while keeping more than 500 miles of roads open for off-road vehicle use. They would also raise the area’s profile, driving tourism and helping to support the local economy.

On Feb. 10, Representative Dina Titus (D-NV) introduced the bill in the House. 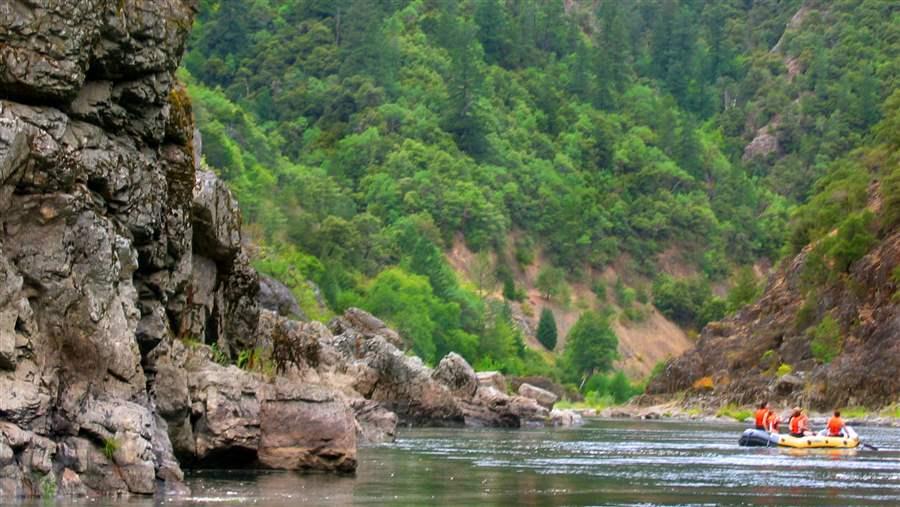 On Jan. 8, Senators Ron Wyden and Jeff Merkley, Oregon Democrats, introduced legislation to deal with the decades-old issue of managing the 2 million acres of Oregon and California (O&C) lands in western Oregon. The measure includes protection for 87,000 acres of wilderness in the Wild Rogue and Devil’s Staircase areas, as well as roughly 165 miles of wild and scenic rivers. Although the bill would allow for increased timber harvest, it would safeguard some of the nation’s oldest forests from logging and commercial development. People visit Oregon’s O&C lands to hike, fish, whitewater raft, kayak, and camp. 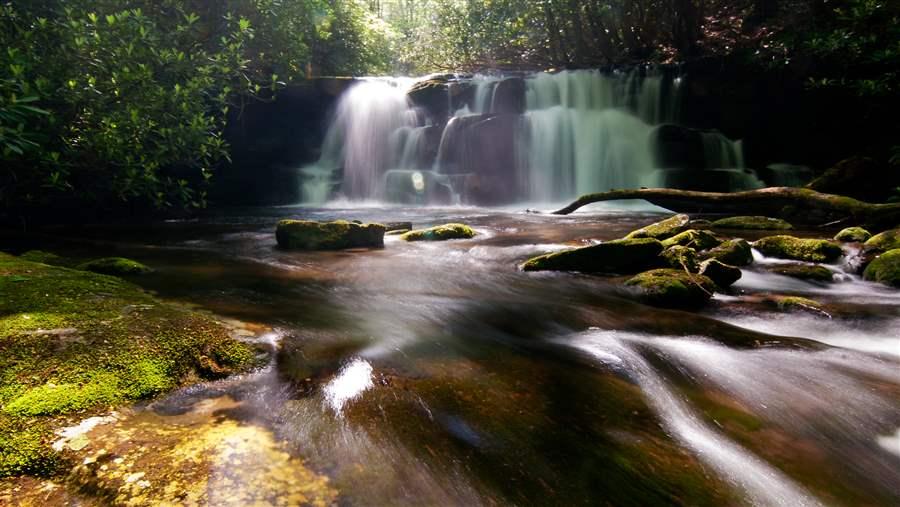