Recent outbreaks of extremely dangerous bacteria, carbapenem-resistant Enterobacteriaceae, or CRE, have been linked to deaths and serious infections at a hospital in Los Angeles and another in Charlotte, North Carolina.

Tom Frieden, director of U.S. Centers for Disease Control and Prevention, or CDC, explained the challenge in fighting   these superbugs: “CRE are nightmare bacteria. They pose a triple threat. First, they're resistant to all or nearly all antibiotics. Even some of our last-resort drugs. Second, they have high mortality rates. They kill up to half of people who get serious infections with them. And third, they can spread their resistance to other bacteria.”

In a 2013 report on antibiotic resistance, CDC warned of the “potentially catastrophic consequences of inaction.” Without new antibiotics, the report said treatments for cancer, burns, and other traumas—as well as surgeries such as organ transplants—could become complicated by serious and untreatable infections.

Despite the pressing need for new drugs, few of the antibiotics currently in development target CRE or other difficult-to-treat bacteria. Of the ones that do, only a handful will be approved and available for clinical use. For drug manufacturers, “antibiotics just aren’t an attractive market compared to a lot of other drugs,” Allan Coukell, senior director of health programs at The Pew Charitable Trusts, told the Washington Examiner.

A strong drug pipeline requires focused efforts to boost scientific research and encourage cooperation between academia and industry. “It is critical that we find new sources of funding to support the academic researchers and small companies whose discoveries are laying the foundations for tomorrow’s medicines,” economist Jim O’Neill explained to Project Syndicate.

Policy makers are beginning to take action. For example, President Obama’s budget proposal for the 2016 fiscal year specifically addressed CRE—with an aim to reduce infections by 60 percent. A significant portion of the request for $1.2 billion to combat antibiotic resistance would support government agencies that fund research and development.

Vox: There’s a Superbug Outbreak in California. But It's Really a Global Problem 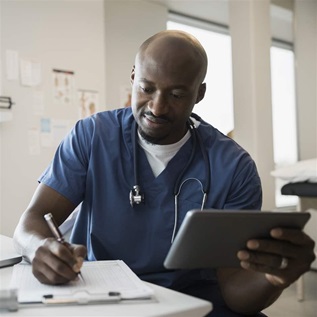