The health of the Australian Outback depends on having more people living there and actively managing it.  Below are a few facts on this critical topic.

People in the Outback

Aboriginal people settled the northern Outback tens of thousands of years ago. They developed an intimate understanding of the land and its relationship with fire, which it relies on for regeneration. National policies and economies over the past 150 years altered that relationship, and now much of the Outback has fewer people inhabiting and actively managing the land than at any time over the past 50,000 years. As a result, threats to the Outback, such as the spread of fires and invasive species, have reached crisis levels.

For countless generations, Aboriginal people would start small spot fires during the cooler months to create a vegetation patchwork of various ages that would provide the right habitat mix for different animals. This formation would also produce breaks that would assist in controlling large fires. Since European settlement, however, this process has been lost or diminished. Because of the decrease in spot fires, most Outback fires are now larger, fiercer, and often out of control. 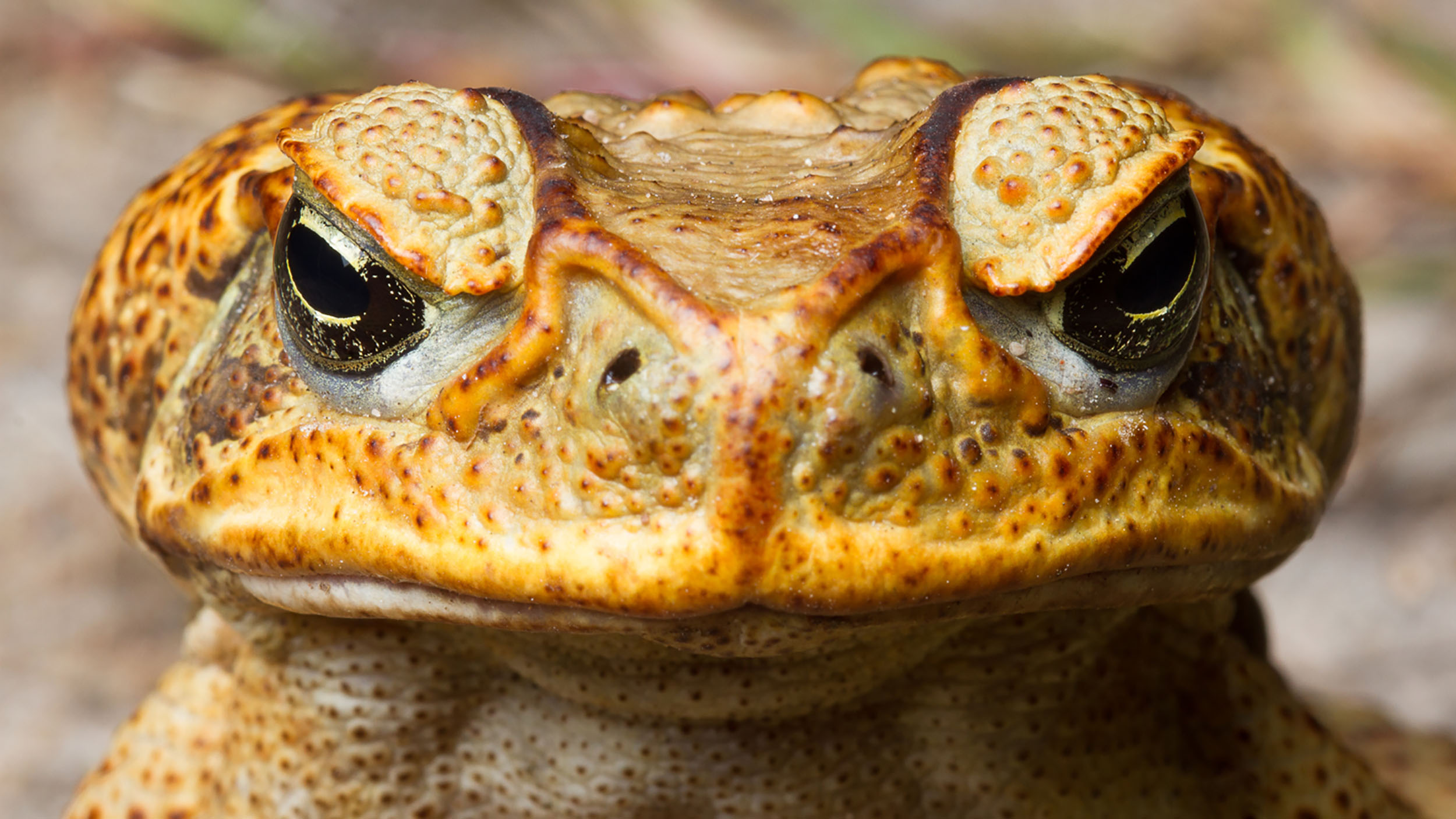 A cane toad, one of Australia's many destructive invasive species.

Settlers’ introduction of feral animals, especially foxes and cats, has led to a conservation catastrophe: the extinction of about 20 species of Australian mammal fauna and the decline of many other species.

It has been estimated that about 100,000 feral cats roam the Kimberley, killing at least half a million native animals every night. And a recent study of the Mornington Sanctuary in the central Kimberley showed that feral cats occupy a home range of about 3 km2 and eat an average of five to 12 native vertebrates each per night.

Cane toads, for example, were introduced from Central America in the 1930s and now compete with native species in over 1.4 million km2 of Australia. These voracious toads are prolific breeders, and their toxic skin kills many animals that eat it. They are spreading into Western Australia at a rate of 60 km a year.

Many of the world’s most invasive weeds have also found a home in the Outback.  Destructive gamba grass, for example, is spreading across the area at a rate that is among the highest of any weed in the world. It has been declared a noxious species in Australia, where its thick patches outcompete native species and alter ecosystems. The tendency of the grass toward dense growth poses a significantly higher fire risk than does native vegetation.

The Outback needs people to:

Indigenous Protected Areas, similar to national parks in which Aboriginal owners use both traditional methods and contemporary science to manage the land, are helping to bring balance back to their stretches of the Outback. There are now over 60 Indigenous Protected Areas covering more than 500,000 km2 of land—an area more than twice the size of the state of Victoria. 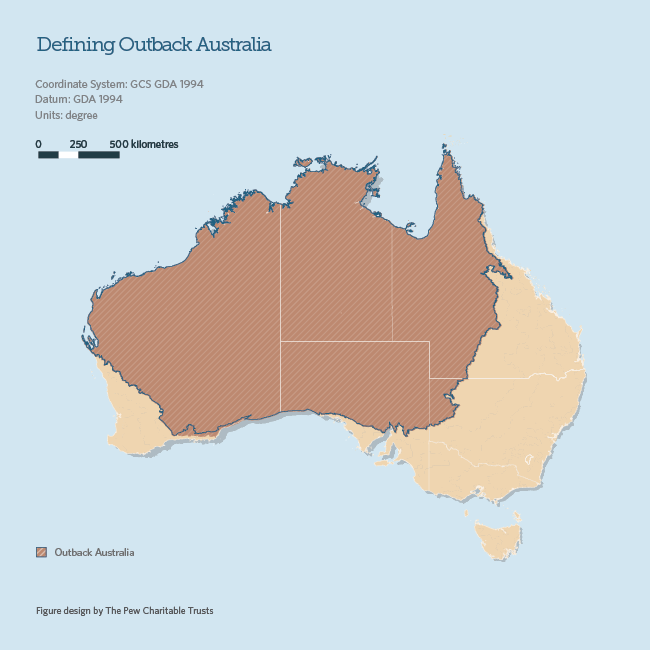 The Outback covers 5.6 million km2, making up 73 per cent of Australia’s land area.

Nature, people and the future of remote Australia

Nature, People and the Future of Remote Australia

Sandstone escarpments dominate the landscape of the Cockburn Range in the Kimberley region, far north-west Western Australia. Outback ranges feature gorges and waterholes that provide important refuge areas for plants and animals, particularly during the dry season or drought conditions.