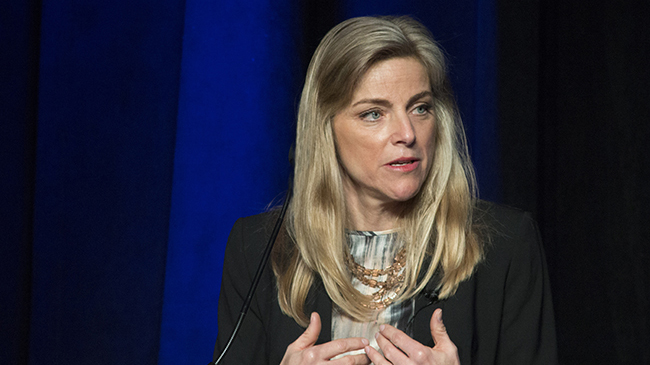 A new energy landscape is unfolding before us, leading the way to a cleaner, more diverse, and reliable energy future, with exciting prospects for jobs and businesses. While partisan disagreement may stymie other issues, advancing the research, development, and deployment of renewable and efficient energy technologies remains a bright spark of potential agreement not only in Washington but also in state governments.

That’s the message from a daylong gathering of business leaders, investors, journalists, scientists, and state and federal officials held in Washington on Feb. 3 and hosted by Pew’s Clean Energy Business Network. The meeting, attended by nearly 200 people, emphasized the need for clean energy business leaders to speak with a unified voice on the importance of policy equity for clean energy.

“We’re at a pivot point. For the first time in half a century, the idea of American energy independence can be a reality,” Phyllis Cuttino, who directs Pew’s clean energy initiative, told the audience. “And the static energy system of today is becoming a dynamic, distributed energy system of tomorrow.”

Several participants in various panels observed that states were already focusing on the promise of clean energy. Stephen Lacey, senior editor at Greentech Media, noted that there was “a lot of interest in state-level action.” And John Rhodes, president and CEO of the New York State Energy Research and Development Authority, said, “New York is undertaking a far-reaching restructuring of its energy use.” We must, he said, “be sure that the future works for us rather than against us.”

Lauren “Bubba” McDonald Jr., chairman of the Georgia Public Service Commission, further emphasized the importance of local and state action, saying he was excited about the renewable energy projects in his state. “We are planting a tree which we will never sit in the shade of,” he said.

Another panelist discussed how the military could play a pivotal part in the development of clean energy. Amanda Simpson, executive director of the U.S. Army Office of Energy Initiatives, noted that the Army is “probably the largest single consumer of electricity in the country.” To encourage a sufficient, reliable, and cost-effective supply, the Army has been working with a host of companies to develop clean energy projects. As she said, by way of emphasizing opportunities, “The U.S. Army is going on 240 years, and right from the beginning we’ve relied on private industry.”

Participants were encouraged to reach out to their federal representatives and the Obama administration to encourage action on policies that would level the playing field for clean energy relative to other forms of energy generation.

When asked to sum up the probability of Congress taking needed steps to encourage the development of clean energy, John W. Warner, a former U.S. senator and former secretary of the Navy, and currently a senior adviser to the Pew Project on National Security, Energy, and Climate, said, “I think we will see some achievement,” adding, “We can’t afford to dig in our feet.” 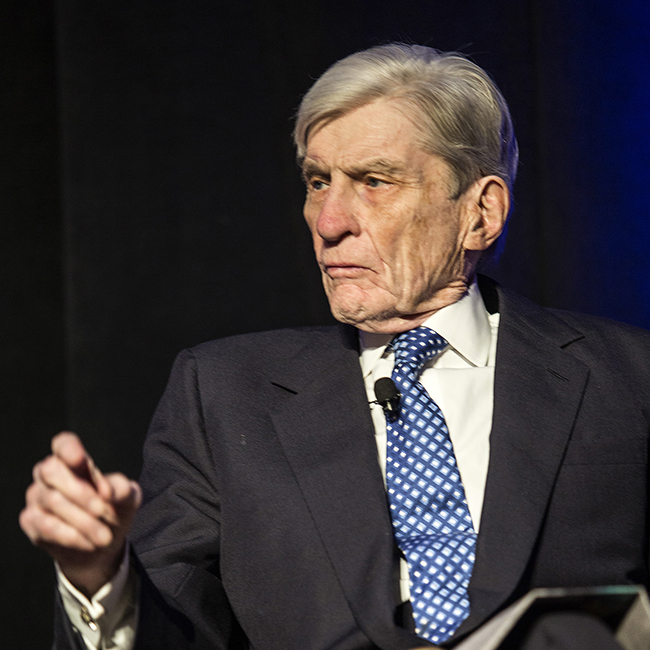 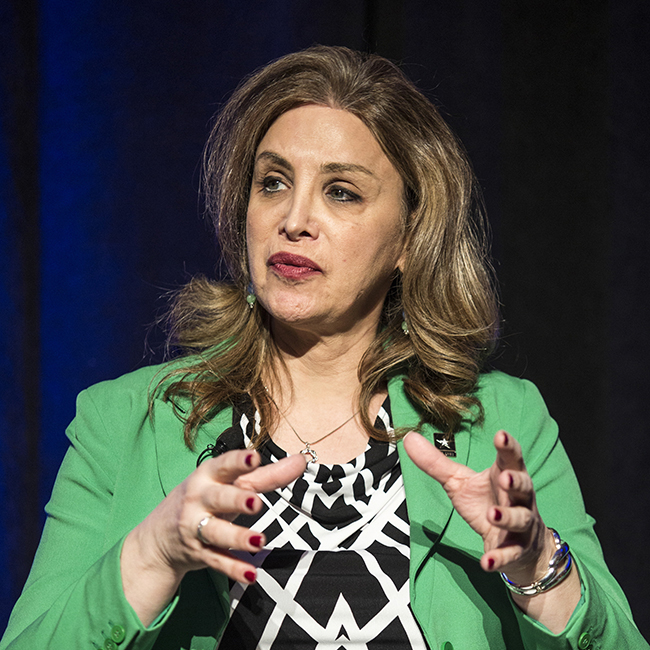 Amanda Simpson, executive director of the U.S. Army Office of Energy Initiatives, speaks about industry partnerships at the summit. 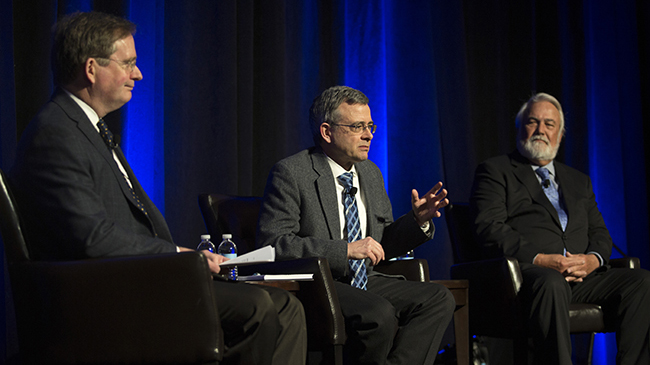 John Rhodes of the New York State Energy Research and Development Authority, Steve Corneli of NRG Energy, and Lauren “Bubba” McDonald Jr. of the Georgia Public Service Commission discuss the next generation of utilities at the summit.