It took a decade of deliberation, many hours of talks, and one late night huddled in a basement meeting room at the United Nations in New York, but in the early morning of Jan. 24, members of a working group set up to make recommendations to the U.N. General Assembly reached a consensus. They agreed to begin negotiating the first treaty that specifically addresses protection of marine life in an area that covers nearly half of the planet—those ocean waters beyond national jurisdiction. 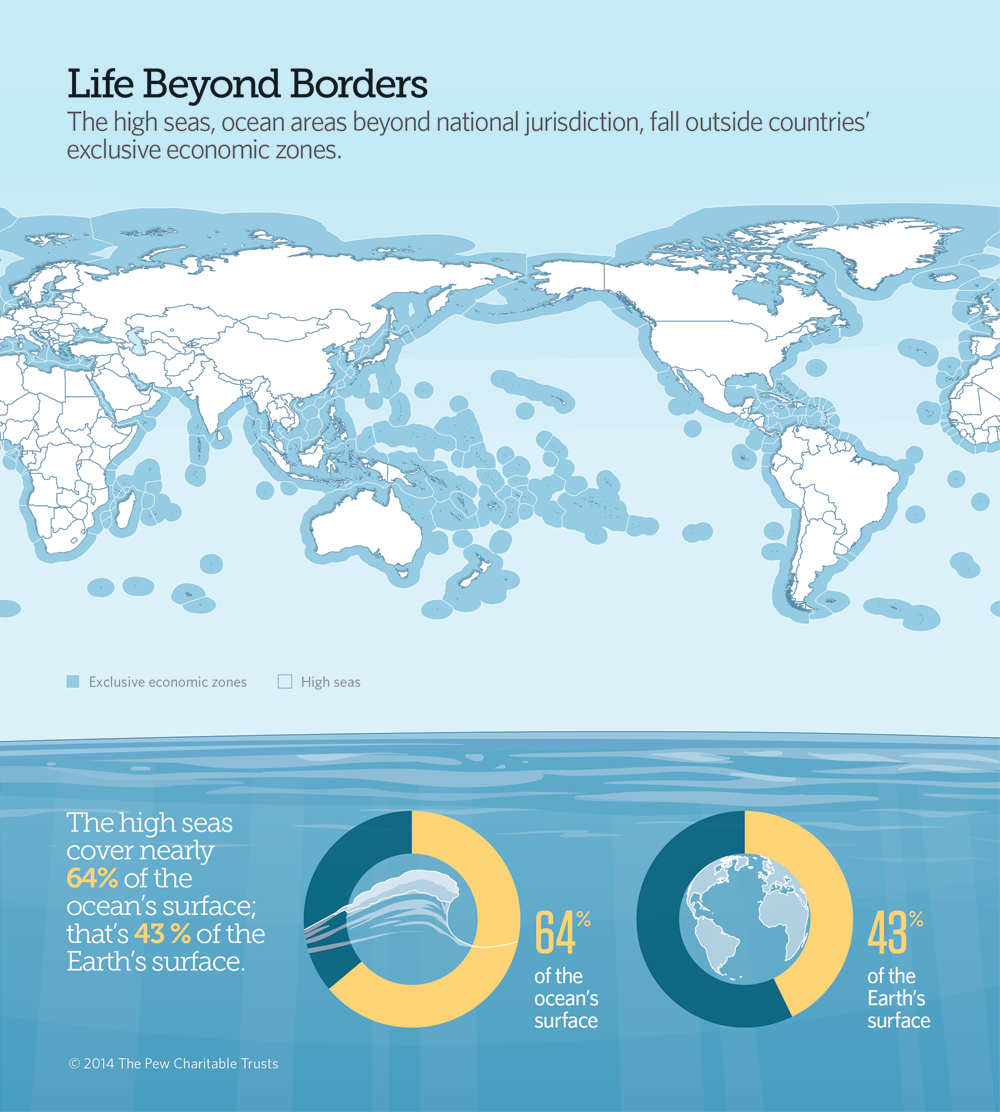 This is a big moment for what are known as the high seas. These waters are filled with highly diverse marine life and provide critical pathways for shipping goods efficiently. And they produce oxygen that contributes to every second breath we take. But collectively we’ve done a poor job of protecting this huge region—the biggest biosphere on Earth—from the consequences of our harmful actions, including overfishing and habitat destruction. Human activities present the greatest threats to ocean life over the next 150 years. According to a study published in the journal Science, marine ecosystems are in decline and face possible mass extinction. The problems are stretching far beyond the coastlines and into deeper waters, well beyond nations’ exclusive economic zones.

Scientists have concluded that reserves are needed to build ocean resilience and keep these waters healthy. The more space these areas take up, the more marine life they can protect. And that helps maintain vibrantly diverse ecosystems throughout the world’s ocean. Right now, though, there is no way to create legally recognized, fully protected, and completely wild marine parks in these international waters.

The only part of the high seas where it is now possible to establish fully protected marine areas is in the Southern Ocean around Antarctica where countries are working to designate reserves in largely pristine waters such as the Ross Sea through the Commission for the Conservation of Antarctic Marine Living Resources. A new international agreement through the United Nations would create a way to set up fully protected marine parks in other international waters and to help rebuild and revitalize marine habitats and ecosystems everywhere.

The U.N. working group’s recommendation isn’t perfect. It should have included an aggressive timeline for adopting a new treaty in recognition of the urgent threats facing the ocean. Negotiators also will have to contend with procedural requirements before the talks can get underway. But what matters is that all 193 U.N. member States will realize a way forward.

Looking at the big picture, this decision marks a fundamental paradigm shift in development of international ocean law. For the first time, instead of negotiating a treaty to organize the extraction of marine life, the United Nations will negotiate a global treaty to keep it in the water and protected. And that is pretty amazing.