The video debuted last month at the U.S. Department of Agriculture in Washington as part of a discussion and screening of films aimed at engaging a new generation of conservation leaders.

Hannah Traverse, of the Corps Network, who helped organize the hike, and Davon Baynes, an AmeriCorps member who grows healthy food at the Civic Works Real Food Farm in Baltimore, share their thoughts about the journey.

How did you pick the Boulder-White Clouds range for this trip?

Many of the AmeriCorps members on this trip had never travelled very far beyond Baltimore or experienced anything other than an urban environment. For what would be one of their first wilderness experiences, we wanted to take them somewhere completely new for them, somewhere truly wild. As one of the largest continuous roadless areas in the Lower 48, the Boulder-White Clouds were a good option. 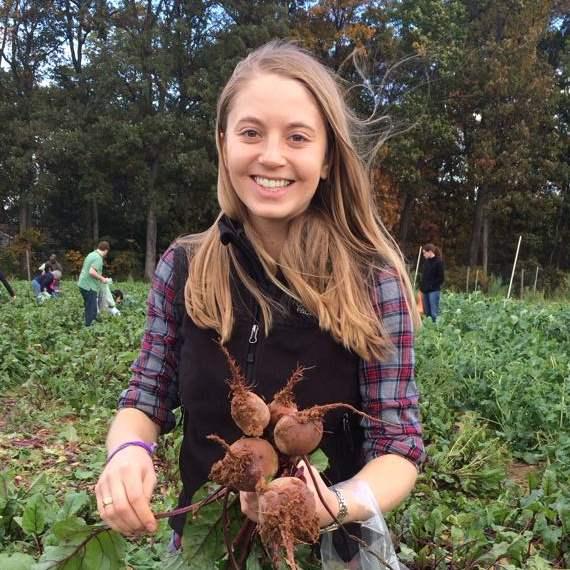 The purpose of this trip was to give the participants a new perspective on environmental conservation. As Civic Works members of AmeriCorps, they completed a range of environmentally-focused service projects in Baltimore, such as making low-income homes energy efficient, growing organic food, or turning abandoned lots into small parks. But these projects were mainly focused on protecting the immediate surroundings in an urban space.

Taking the Corps members to a new landscape like the Boulder-White Clouds helped them broaden their understanding of what is at stake for the environmental conservation movement. As property under the jurisdiction of federal land management agencies, and as a proposed national monument, the Boulder-White Clouds are a good example of a space that belongs to all Americans and needs our protection.

How do you think it affected the participants?

As many of them told me, they will remember this trip for the rest of their lives. They had seen places like the Boulder-White Clouds on TV, but it’s entirely different to see them in person. When you see these places up close, you feel a personal connection to them. Even though the participants might not have the opportunity to go back to the Boulder-White Clouds anytime soon, they understood that all public lands belong to them, and I think they started to feel a sense of responsibility for protecting these places.

What was the biggest surprise to you?

The weather! We obviously knew it would be chillier in the mountains than it was in Baltimore, but we weren’t expecting snow in June. Based on the forecast, most of us were prepared for it to get down to about 50, but the temperature actually dipped down into the teens at night. During the day, we ended up hiking through rain, sleet, hail, and snow in the span of about 30 minutes. Seeing this kind of extreme mountain weather was definitely a new experience for the Corps members. It highlighted how the Boulder-White Clouds are such a unique place.

How do you intend to use the film to help safeguard this area?

We hope the film will help people think about the importance of protecting the environment in general, whether that involves volunteering at a neighborhood park and taking steps to reduce energy consumption, or doing what you can to help protect some of America’s most treasured natural spaces. Like the Corps members featured in the film, we hope viewers walk away with awareness about a beautiful part of our country and a feeling of responsibility to protect it. Our public lands and the environment belong to all of us, and we all have a part to play in keeping them clean and healthy. Also, we want our audience to learn something new: we expect that a lot of viewers haven’t even heard of the Boulder-White Cloud mountains, let alone know that it’s under consideration to become a national monument.

Why is preserving this place important to you personally?

Protecting our public lands and natural spaces in general is very important to me. All my life I’ve been visiting the Adirondacks in New York and I know how heartbroken I feel when a familiar trail or patch of trees is destroyed for resource extraction or a new development. Wild places are disappearing, and once they’re gone, you won’t get them back. The Boulder-White Clouds is an especially pristine wild place; it’s not our right to deprive future generations of enjoying how special it is.

The best thing about the trip was the scenery—from the water as the sun sets to the stars at night, and the mountains. It was amazing!

Was this your first time camping?  Was it what you expected? 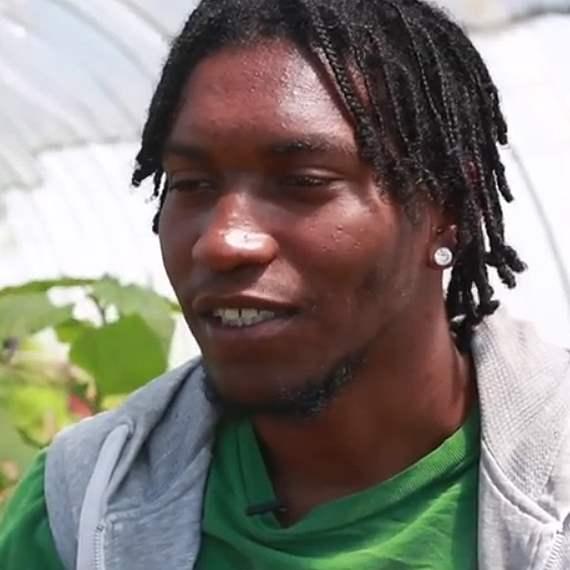 It was my first time camping and was difficult for me and most of the other campers. We were so unprepared.  No one was expecting cold and wet weather, or snow. That was a shock for us, overall.

How did being in the Boulder-White Clouds make you feel?

I felt like a traveler. My first time on a plane wasn't as scary as I thought it was going to be; first time being on a mountain was mind blowing. Me, a Baltimore born and raised man standing on the side of a mountain that big.

Now that you’ve seen them, why do the Boulder-White Clouds matter to you?

The Boulder-White Clouds [range] is a beauty; it’s so different in person then in pictures. It looked so pure and untouched. That’s why it matters—[the mountain has] thousands of secrets—and they will remain secrets, and pure.

Why do you think it’s important to people in Maryland that places as far away as Idaho are protected?

Not matter how far you get, one change in one area affects multiple areas, and protecting Boulder-White Clouds is the same as protecting Baltimore.

What would you like to tell the President about the Boulder-White Clouds?

Go to the Boulder-White Clouds, feel the mountain air; the only way to understand the experience is to go. So go!

Help preserve the Boulder-White Clouds as a national monument so future generations can have similar life-changing experiences.  Sign the petition today!