Thanks to Benjamin Franklin, we know the value of an “ounce of prevention.” Now, fisheries officials for the mid-Atlantic region are applying that well-founded wisdom to the management of forage fish—those small, schooling, prey species that feed so many other animals in the sea.

At its December meeting the Mid-Atlantic Fishery Management Council unanimously agreed to a proactive approach to fishing for forage species that hadn’t previously been targeted. The council voted to develop a plan that would require adequate scientific information about effects on the ecosystem before such fishing is allowed.

This decision is a big move in the right direction, and it’s a first for the Atlantic Coast states. Fisheries managers on the Pacific Coast are about to complete a similar approach, but here on the East Coast there’s really no system in place to deal with the consequences of large-scale fishing on important forage fish such as sand eels or silversides. It’s hard to believe, but what we have now is a “fish first, ask questions later” mentality, which has many people deeply worried. 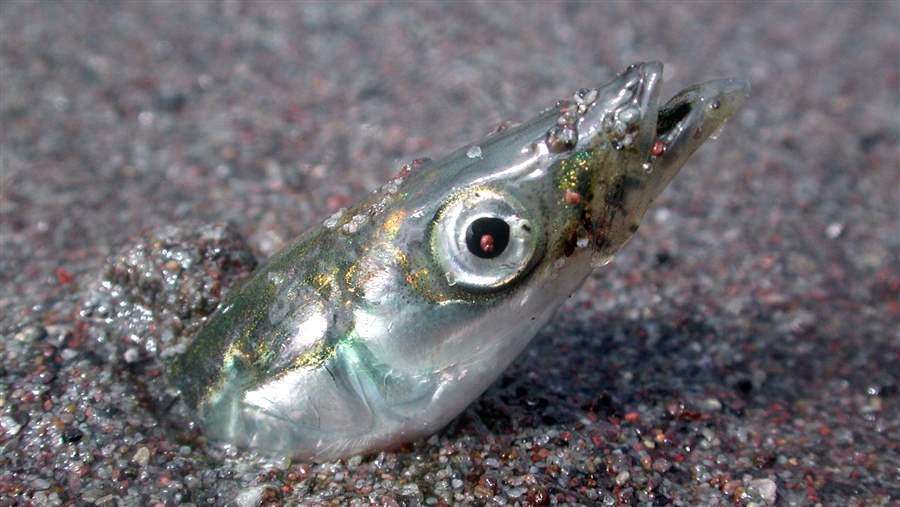 Fishermen know that without an abundance of forage species in the water they won’t find many of the striped bass, tuna, or other popular sport fish and commercial seafood species.

As mid-Atlantic council member and charter boat captain John McMurray put it in a recent blog post, “If there’s no bait, there’s no fishing.” What would happen, McMurray wondered, if fishing started on an unmanaged prey species with no data and no plan in place? Management would most likely come only after damage was already done to the food web. “Frankly, that really scares me,” McMurray wrote.

So he and his fellow council members did something about it. The council started with a white paper that laid out the issues for stakeholders to consider and paved the way for agreement on a path forward. There’s still work to be done, but the council is positioning itself to be able to analyze the impacts of forage species removal and make informed decisions before problems arise.

Scientists call this sort of approach part of ecosystem-based fisheries management—a way of looking at the effects of fishing activity on such things as the predator-prey relationships and the health of the ocean’s ecosystems. Ben Franklin would have approved—and probably would have also noted that it's worth a lot more than a pound of cure.