West Coast fishery leaders on April 10 took a big step toward protecting several obscure but important species of forage fish that help sustain a healthy and productive marine ecosystem along the Pacific coast.

Little fish like saury, sand lance, and smelts may not capture the public imagination like whales or seabirds, but these species are part of an abundant and diverse prey base for all of the bigger animals that people love to watch, catch, or eat.

The Pacific Fishery Management Council, or PFMC, approved a range of alternatives and identified a preliminary preferred one to protect forage fish that aren't currently managed or monitored. The preferred option, which incorporates a precautionary management approach, would add protective measures to each of the council's fishery management plans, ensuring that fishing could not begin targeting new prey species until the council assesses the proposed fishery's effect on predators. The council's action puts it in position to take final action later this year or spring 2015.

The next step will come in September, when the council is due to review technical language amending all fishery management plans prior to submitting the wording for public comment.

"The council's preferred option is a straightforward path to put in place the protection these prey fish deserve," said Paul Shively, who manages Pacific fish conservation efforts for The Pew Charitable Trusts. "As it stands right now, a new fishery could begin with no understanding of its effect on bigger fish, seabirds, and marine mammals that depend on forage fish as critical prey in the California Current ecosystem."

Fishermen, owners of ecotourism businesses, advocates of seabirds, and representatives of small, local environmental groups all expressed support at the council's meeting in Vancouver, Washington, for its next step forward to protect forage fish as the cornerstone of a healthy marine ecosystem. Establishing a precautionary policy is the first concrete initiative to come out of the council's new Fishery Ecosystem Plan. 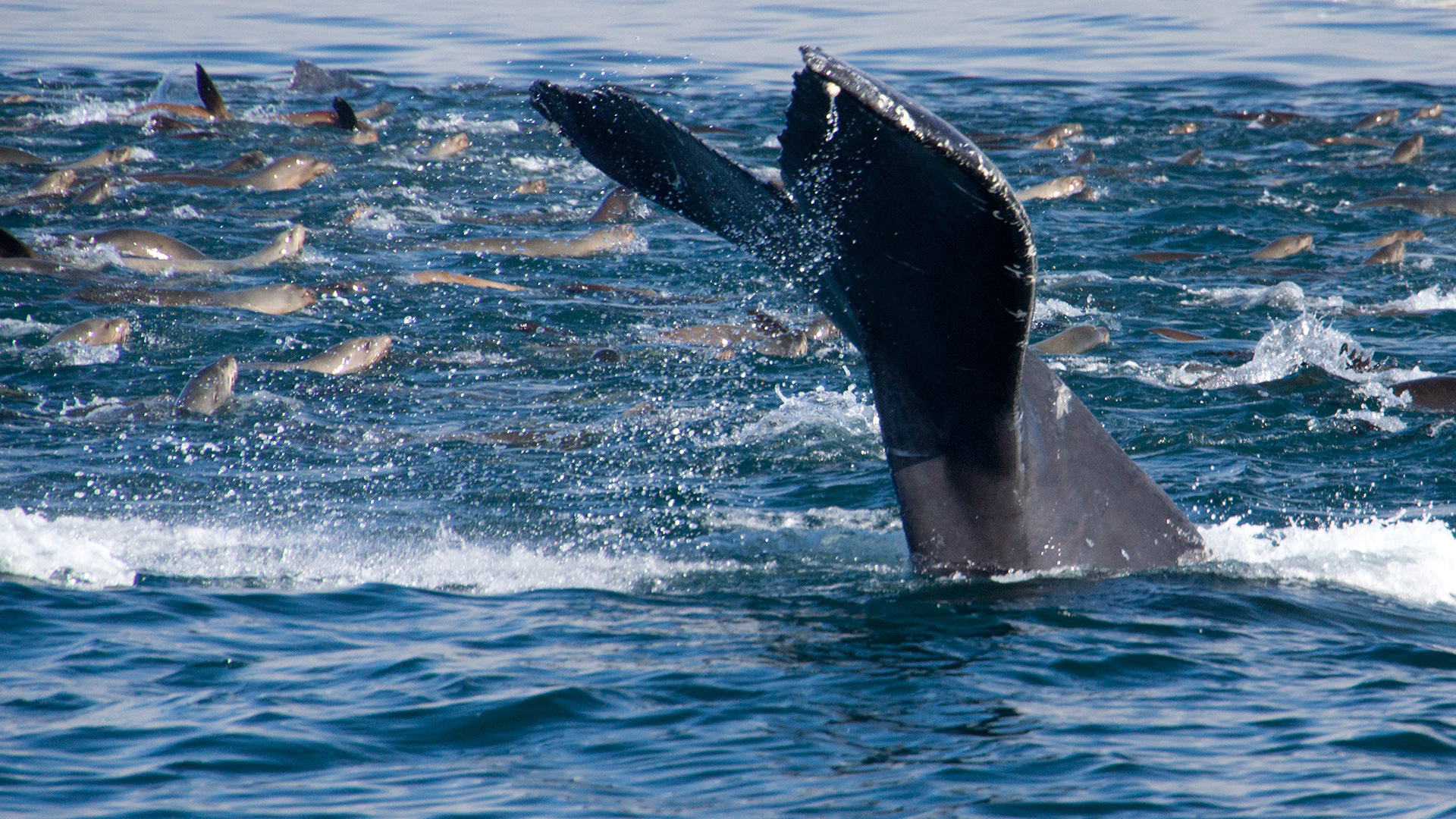 The PFMC's preliminary preferred alternative, if ultimately adopted, would incorporate species of currently unmanaged forage fish as integral components of the larger ecosystem, critical to the ocean food web. Seven broad groups of forage species would be folded into each of the council's existing fishery management plans, where basic conservation measures could be set to prevent the development of new directed commercial fisheries until the council has a chance to evaluate the effect on the rest of the food web. Species to be protected include round and thread herring, mesopelagic fishes such as lanternfish, sand lance, saury, silversides, various kinds of smelts, and several types of squids.

The council's Ecosystem Workgroup cited the "spectacular growth" of the global aquaculture industry—and the use of wild-caught forage fish to feed farmed seafood—as raising the possibility that fisheries could begin on forage species that aren't yet being targeted along the West Coast.

"Getting conservation measures in place sooner rather than later makes sense, especially as worldwide demand on our oceans grows more intense," Shively said.

Forage fish account for more than one-third of the total worldwide catch of marine fish, with 90 percent reduced to fish meal or oil for purposes such as feed for livestock or farmed fish. Yet the Lenfest Forage Fish Task Force, a group of 13 eminent scientists from around the world, calculated in 2012 that forage fish are worth twice as much in the water as they are in the net. The reason: the commercial value of predators including salmon, tuna, and lingcod that eat forage species. The task force recommended that no new fisheries be initiated on forage species when we have little information about their population health, their migration patterns, or the degree to which predators depend on them for food.