For Pew-Stewart Scholar for Cancer Research Roberto Zoncu, science has always been an adventure.

“Scientific research allows you to explore the unknown,” he said. 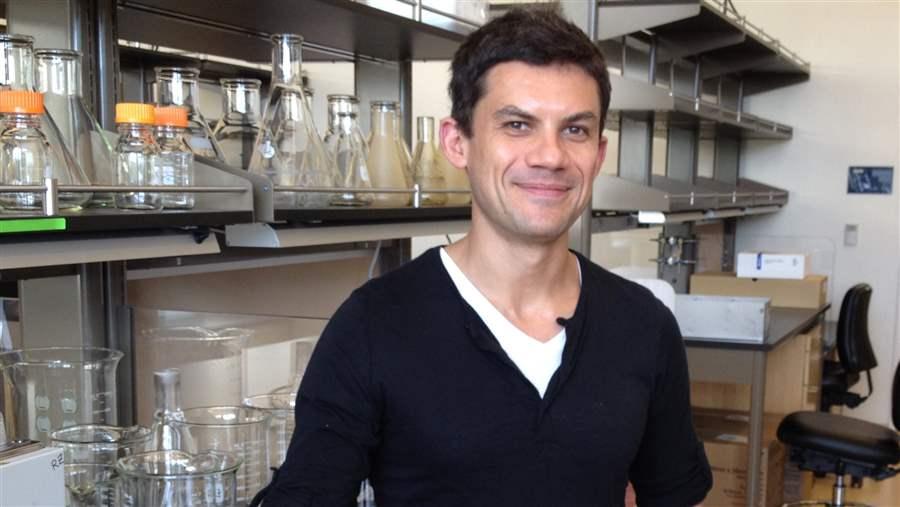 Roberto Zoncu in his laboratory at University of California, Berkeley.

Growing up in Sardinia, Italy, with physicians for parents, he knew from an early age that he wanted to improve care for people suffering from some of the most serious illnesses. But instead of treating patients, Zoncu decided to focus his efforts at the cellular level by investigating the biological mechanisms of diseases.

After studying neuroscience at the University of Pisa, Zoncu came to the United States as a doctoral student and began to explore cell biology and physiology in the laboratory of Pietro de Camilli at Yale University. As a postdoctoral fellow, he joined the laboratory of 2003 Pew scholar David Sabatini and began to ask big-picture questions in cellular biology—for instance, how does a cell’s intake and release of nutrients affect an organism’s metabolism?

“I wanted to understand how organisms react to food by visualizing this process as it unfolds inside individual cells in real time,” he said.

Today, as a member of the inaugural class of Pew-Stewart Scholars for Cancer Research and assistant professor at the University of California, Berkeley, Zoncu continues to investigate cellular energy flux. In researching how cells sense their own nutrients, Zoncu has found that a particular enzyme plays a vital role in making sure that a cell has the proper balance of nutrients and energy.

In a healthy cell, a structure called the lysosome—originally thought of as a cellular “recycle bin”—breaks down materials that the cell consumes or will eliminate. Zoncu found that the lysosome monitors nutrient levels and helps regulate the cell’s metabolism. For example, when cells experience stress, the lysosome becomes hyperactive to increase nutrient intake.

“The problem is that cancer cells can also use the lysosome to their own advantage,” explained Zoncu. “In that way, they’re able to salvage nutrients and continue to grow.” 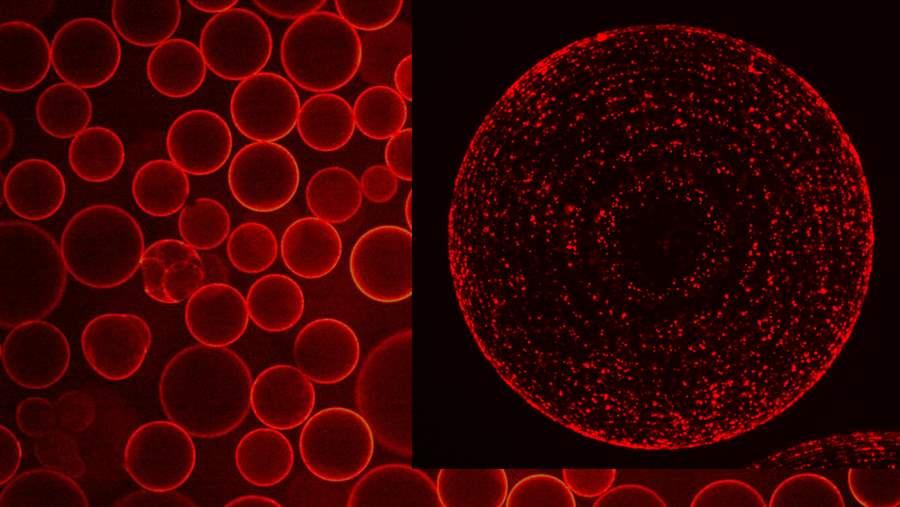 Fluorescence micrograph of affinity beads coated with organelles known as lysosomes. The lysosomes appear red due to the presence of a fluorescence protein (RFP) on their surface, and can be seen as individual red dots in the inset. Immuno-isolated lysosomes are the starting point for biochemical and microscopy-aided assays that will determine how these organelles supply essential nutrients to cancer cells.

Zoncu wants to understand how the lysosome provides cancer cells with a survival advantage in an environment that is poor in nutrients. Ultimately, understanding how to thwart this activity will position him to create novel therapies for the disease.

“The Pew-Stewart award is great because it allows me to take a new approach in my research,” said Zoncu. “Not only do I now have the financial means to do that, but I also look forward to networking with like-minded scientists in Pew’s biomedical programs.”

The Pew-Stewart Scholars Program for Cancer Research is a national initiative—funded by the Alexander and Margaret Stewart Trust and administered by Pew—launched in 2014 to support promising early career scientists whose research will accelerate discovery and advance progress to a cure for cancer. This article is part of a series highlighting Pew’s biomedical programs, which have supported promising beginning researchers in the health sciences since 1985.