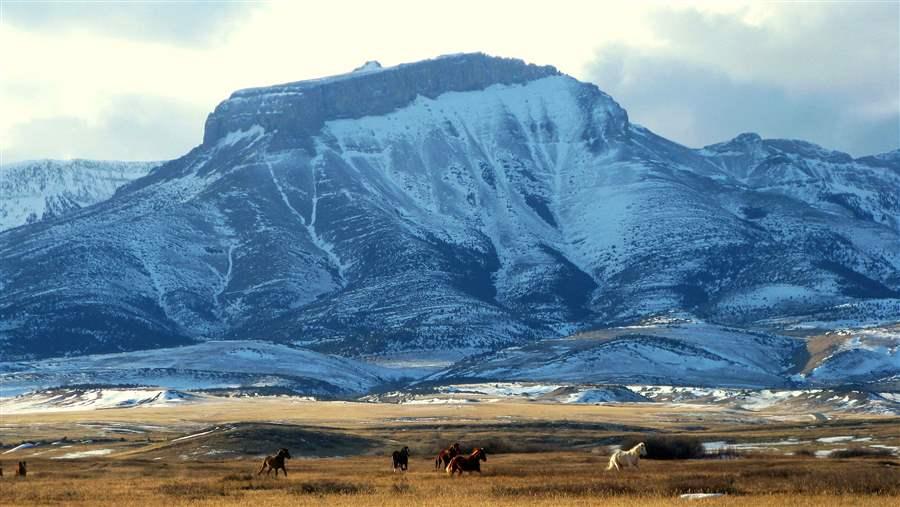 Congress approved additions to the Bob Marshall and Scapegoat wilderness areas in Montana.

Before adjourning for the year, Congress passed a collection of six wilderness bills and sent them to the president’s desk to be signed into law. This was the most significant wilderness conservation achievement since early 2009, with the only wilderness area to be added to the National Wilderness Preservation System since then being Michigan’s Sleeping Bear Dunes National Seashore last spring. The additions approved—Hermosa Creek in Colorado, the Rocky Mountain Front in Montana, New Mexico’s Columbine-Hondo, Nevada’s Wovoka and Pine Forest, and Washington’s Alpine Lakes—have been years in the making, with most having been under consideration in previous sessions of Congress. All grew from the efforts of a handful of people determined to take care of wild places important to them and their communities.

More than acres and lines on a map, these wild lands are the scenic backdrop for the shared experiences of generations to come. I don’t have to look further than my own family to know this to be true. Last July, my 12-year-old son and I visited western Montana’s Bob Marshall Wilderness, one of the first areas protected by the 1964 Wilderness Act—the landmark law that made it possible to safeguard pieces of our national landscape. In November, my 6-year-old daughter and I took in the Kofa Wilderness in Arizona. Apart from delighting in the sublime beauty of these places, my children and I bonded over the experiences we shared on our trips: seeing a wolf pup, hearing a pack of wolves howling nearby on two successive nights, fly-fishing, hiking, and seeing a herd of bighorn sheep. We created lasting memories far from modern distractions, and it’s hard to imagine them unfolding anywhere else quite like they did in this amazing wild landscape.

The Pew Charitable Trusts has been working on two dozen wilderness campaigns with local communities over the past two years, identifying special places, drawing up proposals for this common ground, and persuading their congressional representatives to champion protection.

The Wilderness Act is often referred to as the strongest available tool for protecting deserving wild lands. The 2009 Omnibus Public Lands Management Act designated as wilderness more than 2 million acres across nine states. In recent years, advocates were wielding that tool to little avail. Once legislation had been introduced, forward progress was sporadic. Only 15 measures made it through committee in the Senate and five in the House, and just one—Sleeping Bear Dunes—was signed into law. Until now: Congress passed six bills during the 2014 lame duck session.

Congressional action is not the only way to draw lines around special wild places. The executive branch has its methods, such as the Bureau of Land Management’s resource management planning process, which can set aside land. Eventually, these areas may find their way into wilderness legislation.

But what has proved to be the most robust tool in the administrative box is the Antiquities Act of 1906, signed into law by President Theodore Roosevelt. Under its authority, President Barack Obama has designated 13 national monuments since he took office, protecting more than 1.1 million acres. Most recently, he used the Antiquities Act to proclaim the San Gabriel Mountains National Monument near Los Angeles.

What can we learn from the recent legislative success? Strong local support is a necessary ingredient, as is a committed congressional champion. Perhaps the most essential elements are patience and perseverance. Never lose sight of the goal and always push forward. Or, as legendary conservationist Brock Evans put it, “Endless pressure, endlessly applied.”

The lesson is we must tailor a well-rounded approach to managing our public lands to the needs of each locality, with a mix of protecting some lands as wilderness and others for other recreational purposes. In addition, including the identification of some public lands that could be set aside to provide economic benefit for local communities has been effective, where appropriate. The realization of our efforts validates the model and shows it can be replicated wherever there is a desire among local stakeholders to do what is best for their public lands.

To achieve these important conservation goals, it is necessary to leverage every one of our tools, both administrative and legislative. In the most recent case, I’m especially pleased Congress has engaged with the American people via the essential tool forged 50 years ago by the Wilderness Act.

I end the year in gratitude for the successes achieved and with hope for the future of wilderness. As long as communities continue to stand up for public lands and to share their enthusiasm for local wild places, all Americans will be ensured of a legacy of wilderness to pass along to the next generation.