The challenge of managing fisheries in any ocean region is compounded by the actions of vessels fishing illicitly. Because there is so much open water, these illegal, unregulated operations often go undetected. Without proper rules, monitoring, and enforcement, illegally caught fish can make it to the marketplace and earn undeclared profits for those willing to skirt the system at the expense of legal operators and the marine ecosystem.

Members of the International Commission for the Conservation of Atlantic Tunas (ICCAT) meet in Genoa, Italy, from Nov. 10 to 17 and will consider, among other key topics, enhanced measures to clamp down on illegal fishing and trade. And two populations in particular need the help.

The eastern Atlantic bluefin tuna stock is just beginning to show signs of recovery after years of poor management and overfishing. While the extent of this rebound may be uncertain, what growth has occurred is due largely to fishery managers following scientific advice in recent years while setting catch limits. However, the latest assessment did not account for recent illegal fishing when determining the health of the population. A study of trade data from 2008 through 2011 gives a sense of the scale of the problem. It found that the catch of bluefin in the eastern Atlantic Ocean and Mediterranean Sea exceeded the set quota by 57 percent. More recently, media outlets reported that authorities seized at least 175 tons of illegally caught bluefin tuna in Italy and Spain between January 2013 and May 2014. 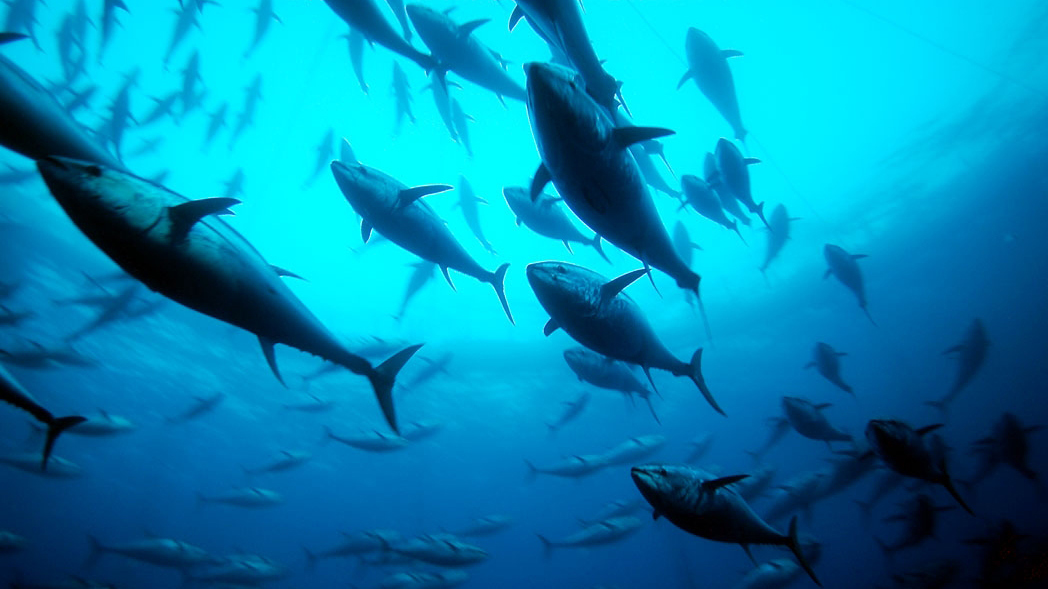 Today, fishers, traders, and enforcement officers use a paper-based system to track the catch and trade of Atlantic bluefin. The process is rife with opportunities for manipulation that ultimately allows illegal bluefin to enter the marketplace undetected. In the past four years, the ICCAT has worked to develop an electronic bluefin catch documentation system, or eBCD, to replace the outdated paper forms. The Commission has acknowledged that the current system “suffered from a number of shortcomings ” that limit its ability to stem illegal, unreported, and unregulated fishing. But the electronic system is not yet in place, and some members may be looking to exempt major sources of trade from it, which would put the population’s recovery at risk.

Illegal fishing and resulting trade is a risk to some shark species as well. Porbeagle sharks (Lamna nasus) are listed on the International Union for Conservation of Nature’s Red List of Threatened Species as Critically Endangered in the northeast Atlantic and Mediterranean, Endangered in the northwest Atlantic, and Vulnerable globally. In March 2013, they were included on what is known as Appendix II of the Convention on International Trade in Endangered Species of Wild Fauna and Flora (CITES). That listing means CITES member governments must prove that trade in these sharks is legal and sustainable before it can continue. ICCAT, however, has not yet adopted measures to regulate porbeagle mortality, complicating implementation of the CITES listing. So what can ICCAT member states do to help these Atlantic species and reduce illegal, unregulated, and unreported fishing? First, they can agree to move forward with implementing the eBCD for all catch and major sources of trade of Atlantic bluefin by this coming March. In the eastern Atlantic and Mediterranean, the quota should be maintained until a robust eBCD is fully implemented—and until there’s an improved assessment that gives fishery managers more certainty regarding the population’s health and impacts of quota increases. Maintaining the current quota will help ensure that the recovery plan remains on track.

To better protect porbeagles, fishing nations should prohibit vessels from catching sharks and keeping them. This will also help members comply with the CITES listing for this species. And when there is no scientific evidence guaranteeing sustainable catch levels for any species of shark, vessels should be required to release those fish when caught, too.

Taking steps to weed out illegal fishing and trade will keep more marine life in the water and out of the hands of thieves willing to steal them, threatening the livelihoods of responsible actors and risking the survival of some of the world’s most iconic species.