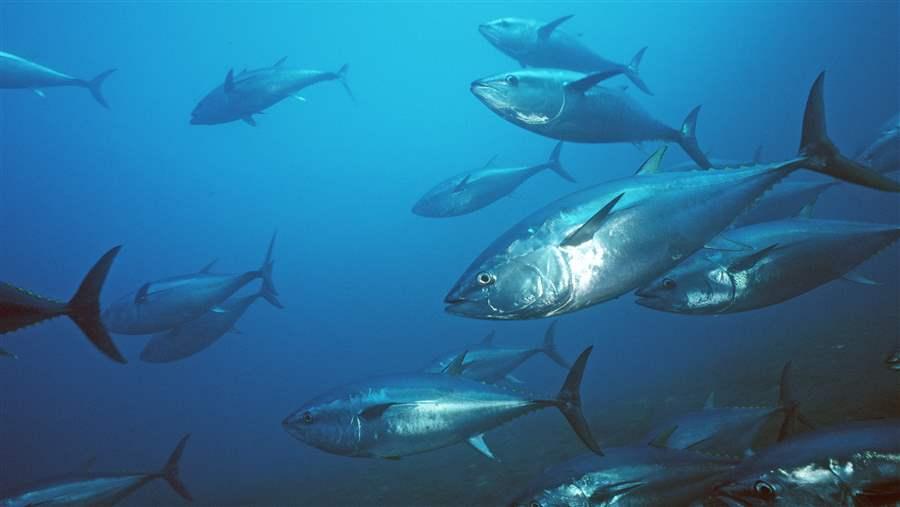 There’s no doubt about it, recreational fishing in California is big business. The recreational fishing industry generates over $1 billion in the state each year, according to the National Oceanic and Atmospheric Administration. One of the species most sought after, particularly by the big charter boats in San Diego, is Pacific bluefin tuna.

But there’s a problem: Across the Pacific Ocean, this fish is in trouble. The latest stock assessment suggests the overall population is down to only 4 percent of its historic size, and if we don’t do our part to rejuvenate this fish population, we could well be seeing the last hoorah when it comes to fishing for Pacific bluefin.

Four percent is a tough figure to comprehend, and it’s even tougher to understand when you consider that U.S. recreational landings of this fish have skyrocketed, from 122 metric tons just four years ago to 984 metric tons last year. That increasing catch is most likely due to ocean conditions that have pushed bluefin farther north than usual in recent years. The U.S. recreational catch is way above the catch limit of 208 metric tons recommended by scientists with the Inter-American Tropical Tuna Commission, the group of countries that manages tuna fishing in the eastern Pacific, including the West Coast of the United States.

In the grand scheme of how many bluefin tuna are caught throughout the Pacific—mostly by Japanese fishing fleets—a few hundred tons isn’t a big number. But virtually every bluefin caught off our West Coast is a juvenile that will never make it to spawning age, and that is a big deal. Recent studies by the International Scientific Committee for Tuna and Tuna-like Species show that the overall catch of juvenile fish must be reduced by 50 percent to bring this magnificent fish back from the brink. Mature bluefin can grow to the size of a small car and swim as fast as a racehorse runs. The key to restoring this fishery to healthy populations is simple: allow more fish to stay in the water and mature to reproductive age. Bluefin are a resilient species and will recover if we all do our part.

In response, the Pacific Fishery Management Council recently proposed lowering the daily limit each West Coast sport fisherman can take, from 10 to two. The council’s proposal is a good start, but it will not achieve the 50 percent reduction in catching juveniles recommended by scientists. As a recreational fisherman, I support lowering the daily limit even further, to one fish per day, which would reach the goal of allowing 50 percent more fish to reach spawning age. This will mean the charter fleets can still fish for bluefin and we will set an example for other countries. In fact, such a reduction would affect less than 20 percent of those who currently fish for bluefin.

As I told a reporter in San Diego, this is one of the great opportunities for the environmental community and recreational fishing industry to work together. With the right measures, we will see this fishery rebound. We think that makes sense, for both the fish and for future generations of fishermen who will be able to enjoy the same opportunity we have today.