Rebuilding depleted fish populations can be challenging, but time and again we see the hard work pay off for the scientists, fishermen, and conservationists who strive for this goal.

This summer, NOAA Fisheries reported that golden tilefish and Atlantic butterfish are now classified as rebuilt, thanks to legal requirements to rebuild depleted fish populations as quickly as biologically possible. In fact, because of the Magnuson-Stevens Act—the primary law governing management of our nation’s ocean fish—and committed stakeholders, 36 fish populations have been rebuilt since 2000.

Along the mid-Atlantic coast, golden tilefish are primarily caught by commercial fishermen. They also play an important ecological role. The burrows they dig to protect themselves against larger predators, such as bottom-dwelling sharks, are used by other fish and crustaceans for shelter. Tilefish are a slow-growing, long-lived species; the oldest on record was 46 years old. 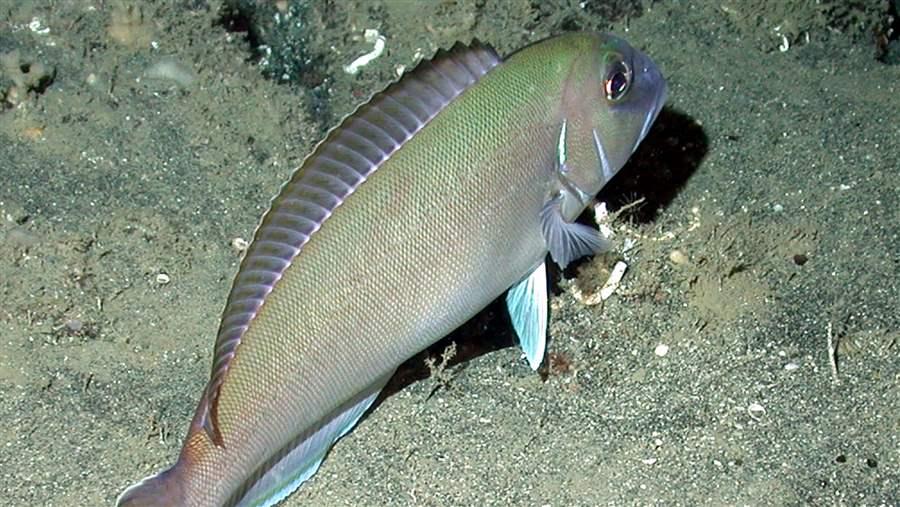 A tilefish in the Southeast U.S. shelf/slope area.

While they can be found in the Gulf of Mexico and along the eastern seaboard, they’re most abundant between Massachusetts and New Jersey. In response to the legal requirements for annual catch limits and a short, but achievable, rebuilding timeline, the stock has rebounded to healthy levels.

Atlantic butterfish, small and bony with flat oval bodies, are often caught as bycatch in the squid fishery. These forage fish provide a major source of protein for larger species including bluefish, summer flounder, and swordfish. They’re found from Florida to Newfoundland, but are most abundant between Cape Hatteras and the Gulf of Maine.

In 2010, scientists determined the stock was in decline. Managers implemented a bycatch cap in 2011 to allow the species to rebuild. Since butterfish is a fast-growing species, this action has already shown success. In January 2014, NOAA Fisheries indicated that butterfish was not overfished, nor subject to overfishing. As a result, the Mid-Atlantic Council recently increased the cap to make more butterfish available to fishermen so they will now be able to reap the benefits of the managers’ conservation requirements.

The U.S. continues to make notable progress in ending overfishing and rebuilding depleted fish populations. But there is still significant work ahead, particularly in confronting the challenges of warming and acidifying oceans. We must maintain our strong commitment to rebuilding and even strengthen efforts by taking a broader approach that includes protecting habitat, reducing bycatch, and conserving forage fish.

As Congress proceeds with legislation reauthorizing the Magnuson-Stevens Act, it should not include changes that would threaten future successes.  Rather it should move fisheries management forward by broadening its focus to include understanding and mitigating the impacts of fishing on ocean ecosystems.