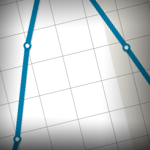 Half of the states expected to have enough of a financial cushion to cover at least 23 days of operating expenses by the end of fiscal year 2014, a partial rebound from levels before the Great Recession.

In the five years since the end of the recession, the median number of days that states could run just on their reserves and balances has risen in a sign of improving financial health in states. But at the end of fiscal 2014, total balances still were expected to be 18 days short of the median financial cushion of 41 days in fiscal 2007, just before the downturn.

Only 12 states estimated that their reserves—counting both rainy day funds and end-of-year general fund balances—would exceed their 2007 levels, measured in days of operating expenses.

After four straight years of increasing reserves, the 50-state median dropped from the previous year. But the latest results are estimates made before the 2014 budget year ended, for most states in June, and are likely to change once states officially close their books. In recent years, final figures have been higher than estimates, given that it is difficult for states to pinpoint ending balances before all of their bills are paid and revenue is collected. The estimates also were made before a number of states had an unexpected drop in personal income tax collections for April that reduced their cash balances.

According to states’ estimates for fiscal 2014:

States use reserves and balances to manage budgetary uncertainty, deal with revenue forecasting errors, prevent severe spending cuts and tax increases, and cope with unforeseen emergencies. Building up reserves and balances is a sign of fiscal recovery, but there is no one-size-fits-all rule on when, how, and how much to save. States with a history of high revenue volatility or severe economic swings may desire larger cushions.

Because reserves and balances are vital to managing unexpected changes and maintaining fiscal health, their levels are tracked closely by bond rating agencies. For example, Moody’s Investors Service recently cited Virginia’s financial cushion as a key component of its top credit rating.

This measure does not take into account additional resources that some states may have available to soften downturns, such as balances outside of their general funds or rainy day accounts, so it may not reflect a state’s complete fiscal cushion. In addition, some states undertake considerable spending outside of the general fund, so comparisons across states should be made with caution.