Red snapper is the most talked about—and often the most desired—fish in the Gulf of Mexico.

In past years, however, overfishing caused the population to plummet. But now that it is rebounding, people are arguing over who should be in charge of fishing rules, what rules to have, who should monitor the health of the red snapper population, and who should get a bigger piece of the increasing red snapper pie.

The debate has become so heated that it’s landed before Congress. Representative Doc Hastings (R-WA) is proposing revisions to the Magnuson-Stevens Fishery Conservation and Management Act, the law that governs how ocean fish are managed, that would, among other things, put red snapper’s recovery at risk.

Right now, fishing for snapper, grouper, and other reef fish in ocean waters off the coasts of the five Gulf states is overseen by the federal Gulf of Mexico Fishery Management Council, which is comprised of the National Oceanic and Atmospheric Administration’s Fisheries Service, as well as recreational and commercial fishing representatives, scientists and marine wildlife managers from our region.

The Magnuson-Stevens Act requires the council to set limits on catch that are based on scientific assessments of the health of the fish stocks, including red snapper, and are designed to prevent overfishing and continue restoration of depleted populations.  These safeguards do not apply to fishing rules in state-controlled waters. Yet the House bill (H.R. 4742) would reset the boundary between state and federal ocean waters off Alabama, Mississippi, and Louisiana. 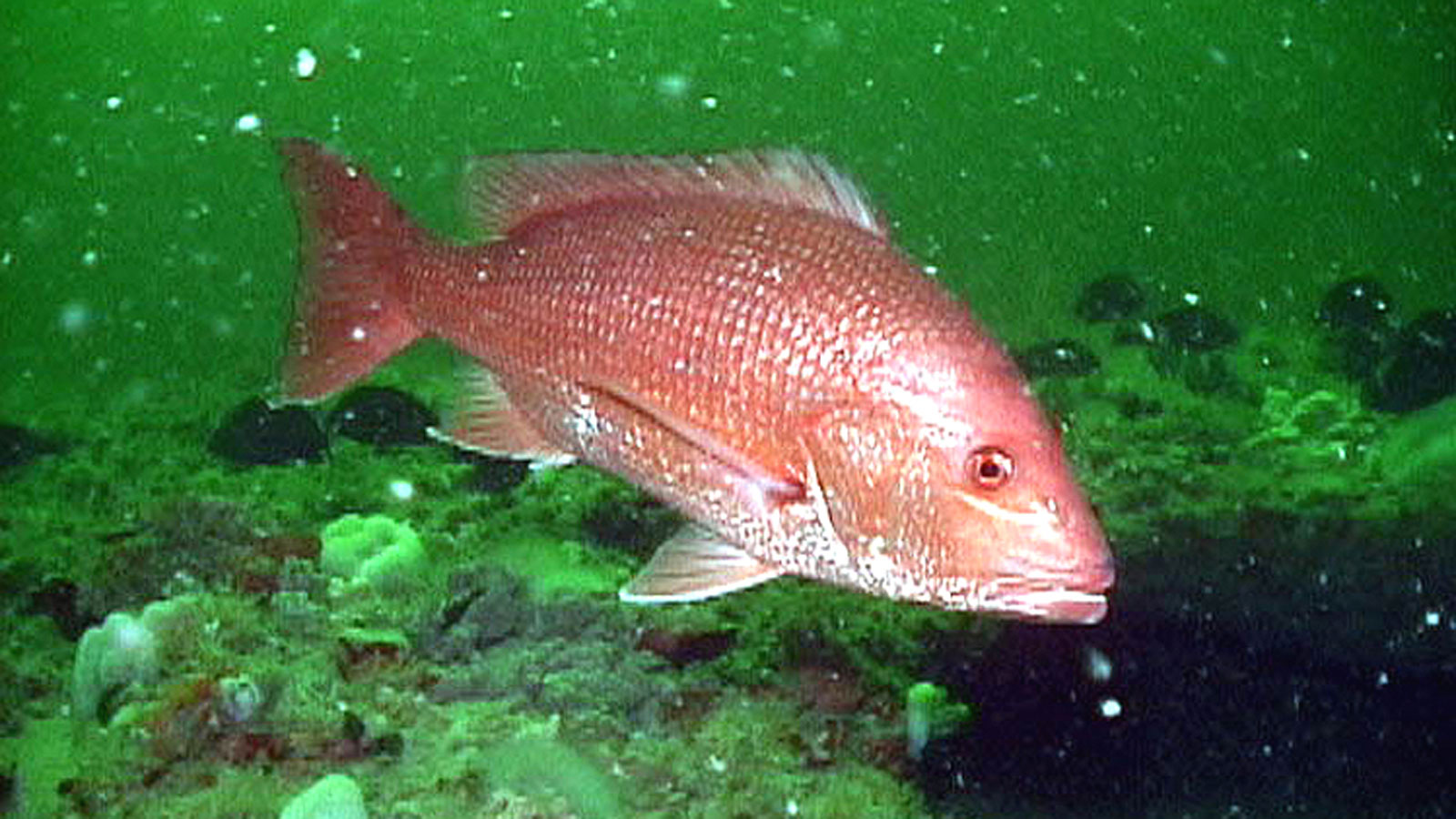 Gulf of Mexico red snapper are a favorite catch in the Gulf of Mexico, but they are still recovering from decades of overfishing.

The current three-mile limit for these state waters would be pushed out to nine miles, but only for red snapper recreational fishing regulations. The three-mile boundary would still apply for commercial red snapper catch and for all catch of other reef-dwelling fish often caught alongside red snapper.

By singling out management of just the recreational sector of this one species for different treatment, Rep. Hastings’ bill has the potential to undermine recent progress in rebuilding red snapper, just as it is steadily becoming healthier.

The legislation would create a confusing patchwork of fishing rules for anglers, charter boat captains, and commercial fishermen. It also would complicate research and monitoring programs used to assess the health of red snapper and other reef fish. Finally, enforcing different state and federal regulations would become nearly impossible.

Because of the red snapper recovery plan required by federal fishery law, recent reports—and photos from charter captains and anglers across the Gulf—show the species is more plentiful. The fish are growing larger and spreading out across a much wider area. Anglers around Tampa Bay on Florida’s west coast are finally catching red snapper again, after the species virtually disappeared from that region.

However, full recovery is still many years away. More of these must reach their best spawning years to maintain the momentum of population growth. According to the Florida Fish and Wildlife Conservation Commission, older, larger red snapper make the most important contributors to the species’ reproductive potential.  Sticking to science-based fishing limits is crucial to fully restore this population.

Red snapper’s decline was decades in the making. This problem cannot be reversed in just a few years for such a long-lived fish. While early signs of recovery may tempt some to favor more aggressive fishing rates now, only a cautious, long-term view will keep the species’ population growth on track. H.R. 4742, which some call the “Empty Ocean Act,” should be thrown back.