Although the United States has consistently been a leader in the clean energy sector, policy uncertainty remains a significant barrier to future growth and innovation in this competitive marketplace.  With more than $7.7 trillion expected to be invested in power plants by 2030, of which two-thirds will be directed to clean technologies, it is critical for Congress to provide clear policy guidance that allows businesses to invest in new opportunities.

Pew’s most recent Who’s Winning the Clean Energy Race? report details the competitiveness of the global clean energy industry, which secured $254 billion in private investment in 2013.  Falling technology prices have spurred new clean energy deployment in G-20 countries, with China the clear leader, followed by the United States and Japan. To continue the strong growth of clean energy in this country and to take advantage of emerging export opportunities in Central and South America, Asia, and Africa, however, U.S. businesses need an end to long-standing uncertainty about tax and other policies that affect their investment choices. 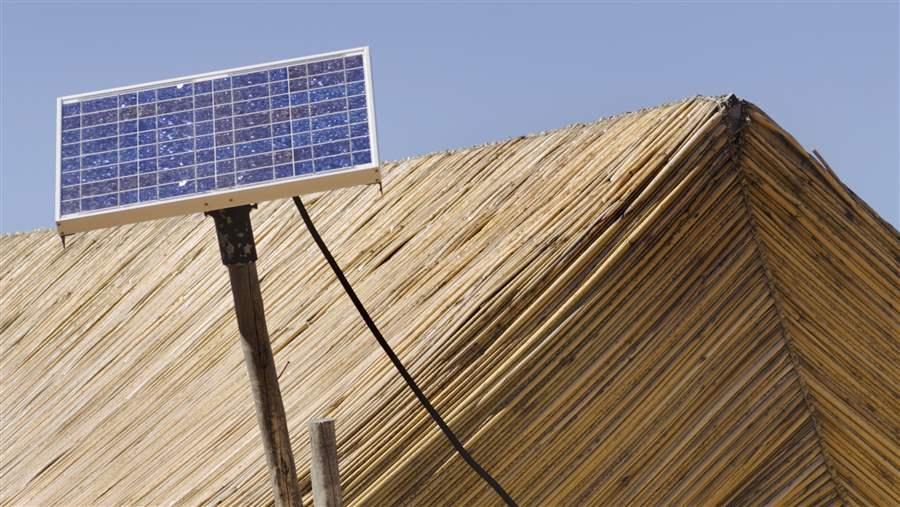 The utilization of solar power for the reed houses of the Floating Islands of Lake Titicac.

At the end of 2013, several key clean energy tax policies expired, including the Production Tax Credit (PTC) for wind.  The on-again, off-again approach to critical incentives, including the PTC, has created an unstable policy environment that impedes investment in new employees and projects. The Expiring Provisions Improvement Reform and Efficiency Act (EXPIRE Act), currently pending in the U.S. Senate, would revive the PTC and other tax policies through 2015.

Several senators are working to promote the EXPIRE Act and ensure that clean energy technologies are afforded the same tax treatment as conventional fuels. Senator Tom Carper (D-DE) has offered an amendment to the act that would allow clean efficiency technologies, including waste heat to power, to qualify for incentives that are already afforded to other renewable energy technologies.

Senators Chris Coons (D-DE) and Jerry Moran (R-KS) have proposed that clean energy no longer be barred from participating in Master Limited Partnerships, which are investment mechanisms that traditional energy industries have used to attract nearly $490 billion in private financing since the 1980s.

Parity and certainty are hallmarks of good public policy and are critical to the ability of any industry to plan for future growth. These principles have been endorsed by thousands of Americans who recently asked their representatives to pass the EXPIRE Act, including provisions to extends the PTC, provide equal treatment to industrial efficiency technologies, and extends to clean energy the same ability as fossil fuels to be included in Master Limited Partnerships.

Congress should respond to the needs of the clean energy business community and act on what is clear to diverse groups of Americans: It should pass the EXPIRE Act with key amendments in order to secure the economic, national security, and environmental benefits of this important global industry.