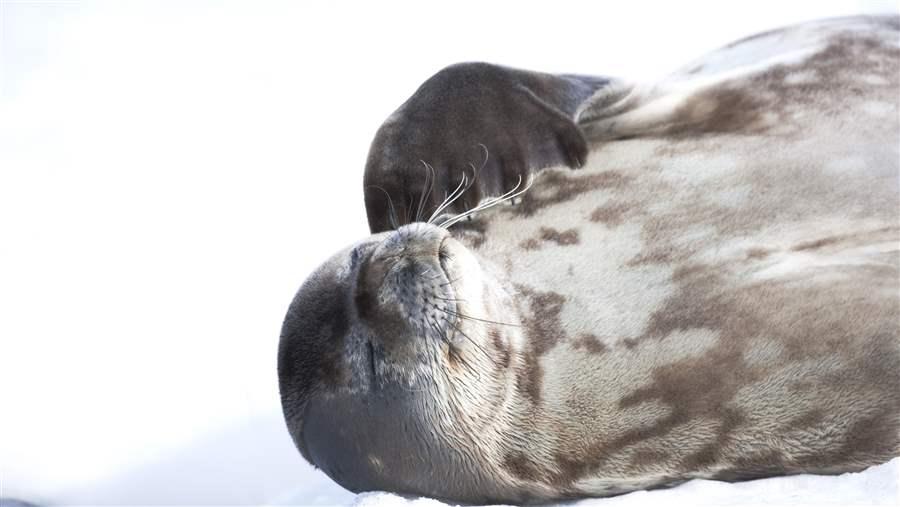 A Weddell seal in the Ross Sea, Antarctica.

Spared from much of the widespread pollution, invasive species, and large-scale commercial fishing imperiling the world’s oceans, the waters surrounding Antarctica hold some of the most pristine and diverse marine ecosystems on earth. However, conditions are changing and there is an urgent need to protect the Southern Ocean from overfishing and to address the impacts of climate change.

A new report, Antarctic Ocean Legacy: Towards Protection of the Weddell Sea Region, issued by the Antarctic Ocean Alliance, highlights the immense biodiversity and unique geography of the Southern Ocean’s Weddell Sea region at the southern tip of the Atlantic Ocean, and discusses the many reasons why its 2 million square kilometers (772,204 square miles) should be protected. The Pew Charitable Trusts is a partner in the alliance.

Weddell Sea marine life is well documented. Hundreds of invertebrate species live on or near the sea floor and more than 200 species of amphipods can be found on the eastern continental shelf alone. Icefish, dragonfish, and Patagonian toothfish, as well as krill and Antarctic silverfish, inhabit its waters, too. The sea is home to chinstrap, Adélie, and 12 of the 47 colonies of emperor penguins. Crabeater, leopard, Antarctic fur, Weddell, and Ross seals forage here. In addition, elephant seals from King George Island travel as much as 1,500 kilometers (900 miles) through dense pack ice in search of food.

Protecting the diverse life, ecosystems and natural processes of the Weddell Sea will help the Antarctic region and its species build resilience in the face of climate change that is already affecting other Antarctic marine areas,” said Andrea Kavanagh, director of Pew’s global penguin conservation campaign.

Pew is advocating for comprehensive and long-term protections for the diversity of Antarctic marine life and urges members of the Commission for the Conservation of Marine Living Resources (CCAMLR) to designate several critical areas as large-scale, fully protected marine reserves. As an international, consensus-based body made up of 24 countries and the European Union, CCAMLR has the authority to regulate activity within the Southern Ocean, including the ability to designate large areas for protection.

Member countries also have a unique opportunity to collaborate on scientific research beyond national jurisdiction, unencumbered by world politics. Such international cooperation is critical for determining the future of this globally important habitat.

This October, CCAMLR will again consider two proposals for marine protected areas, one in the Ross Sea, advanced by the United States and New Zealand, and the other in the waters of East Antarctica, proposed by Australia, France, and the European Union. The designation of either would create one of the world’s largest marine reserves. The designation of both protected areas would be a monumental step forward in the creation of a network of marine reserves around Antarctica.

While protections for the Weddell Sea will not be discussed at this year’s CCAMLR meetings, Russia and Germany are currently collaborating on a proposal for 2015.

“We welcome this cooperative approach and hope that Russia taking the lead with Germany signals a new start at CCAMLR, and that the Ross Sea, East Antarctic waters, and Weddell Sea will all soon be protected,” said Kavanagh. 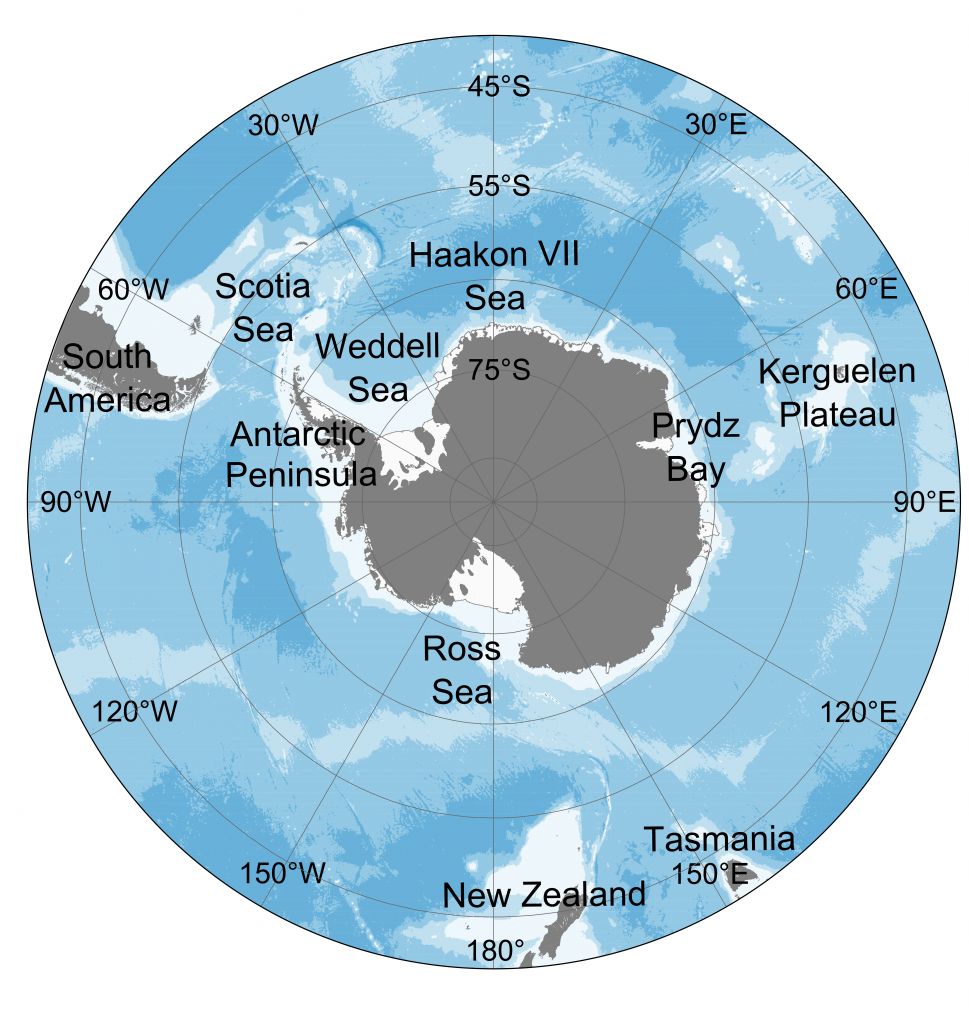 The Southern Ocean's Weddell Sea region is at the southern tip of the Atlantic Ocean.