The Association of Pacific Island Legislatures (APIL) has adopted a measure applauding members of the Parties to the Nauru Agreement, known as the PNA, for their “firm and decisive actions” to conserve tuna populations while increasing financial returns to the region. This marks the association’s first resolution supporting regional efforts to conserve and manage tuna fisheries.

In recent years, the PNA states—eight Pacific island nations that manage their tuna fisheries collectively— have taken steps to increase economic benefits from tuna fishing, while expanding management and conservation measures to protect tuna populations. These actions have resulted in a nearly four-fold increase in revenues to members since 2010. 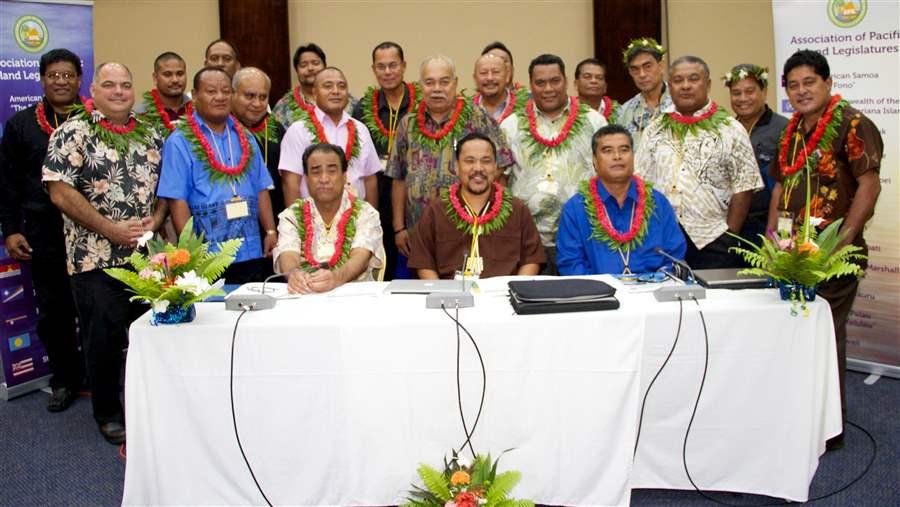 Delegates to the 2014 General Assembly of the Association of Pacific Island Legislatures.

This resolution encourages Pacific island leaders to support regional efforts that conserve our tuna populations. The PNA fisheries ministers have been working so hard to make sure our future generations enjoy the benefits of healthy tuna fisheries,” said Edgar Lickaneth, a senator from Pohnpei, one of the four Federated States of Micronesia, and the measure’s sponsor. “We know that more fishing boats are under construction and are coming to our waters. That’s what really concerns me.

Formed in 1981, APIL is comprised of legislators from 12 island governments who work together on matters of mutual concern and interest. The resolution on tuna fisheries, adopted July 17, 2014, also calls on PNA leaders to enter into dialogues with other countries in order to help additional Pacific islands benefit from similar efforts.

Association members are “conscious of the need to manage and to conserve the tuna stocks within our region, not only for the islanders of today, but, more importantly, for our sons and daughters and their sons and daughters for many generations to come,” the resolution says. 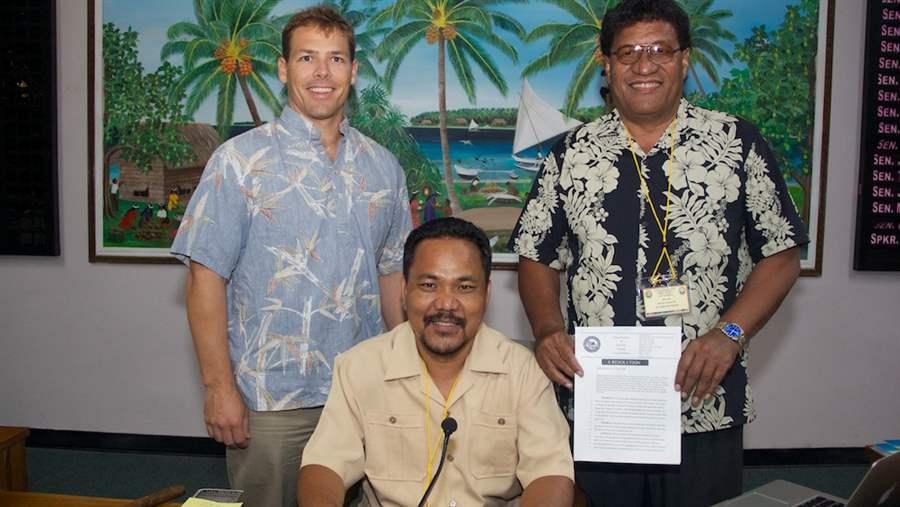 Adam Baske of The Pew Charitable Trusts’ global tuna conservation project praised APIL for encouraging action in the western and central Pacific. “It is critical to the future of the region that Pacific islander legislatures support initiatives to safeguard tuna fisheries for the future,” he said.

Baske added that adoption of the resolution in the Marshall Islands, home of the PNA offices and therefore a hub for tuna conservation efforts in the Pacific, “underscores the growing momentum for responsibly managing these fisheries across the region and sends a signal to the rest of the world that more needs to be done.’’ He concluded, “We support the association’s efforts and hope that its leadership inspires other nations to protect these important fisheries.

The sustainability of tuna fishing, valued at more than $7 billion per year in the western and central Pacific Ocean, is threatened because the growth in fishing fleets risk depleting fish populations. Glenn Hurry, executive director of the Western and Central Pacific Fisheries Commission, said that the growth “is not good news and no one wants to hear it. We’re trying to tell people: you can’t fish at this level and expect it to last.

Additional attention from Pacific lawmakers to mounting fishing pressure could lead to legislation supporting the PNA and implementation of the prudent management measures the organization has applied. Currently, many APIL countries do not have laws on the books that give teeth to their commitments on regional fisheries management. Reforming fisheries laws would lead to more sustainable practices by local and foreign fleets fishing in the waters of Pacific island countries.

The association of legislatures is made up representatives from the Northern Marianas, Guam, Palau, the Federated States of Micronesia (Yap, Chuuk, Pohnpei, and Kosrae), the Marshall Islands, Kiribati, American Samoa, Nauru, and Hawaii. The extent of ocean encompassed by the exclusive economic zones of the member countries, territories, and states totals an area larger than the combined land masses of the continental United States and the European Union countries. APIL members have previously addressed shark conservation issues, and 10 jurisdictions have enacted such protections in recent years.