The month of May proved particularly fruitful for public lands protection.

On Wednesday, May 21, 2014, President Barack Obama signed a proclamation establishing the Organ Mountains-Desert Peaks National Monument, the largest lands monument of his administration to date. Using his authority under the 1906 Antiquities Act, the president designated this newest monument to protect the rich cultural, historic, and natural beauty of almost 500,000 acres in southern New Mexico.

The Pew Charitable Trusts has worked for roughly the past 10 years with a diverse coalition of local partners seeking to safeguard this unique place. In addition to permanently protecting nearly a half-million acres of wild lands, the new monument is expected to boost the local economy. 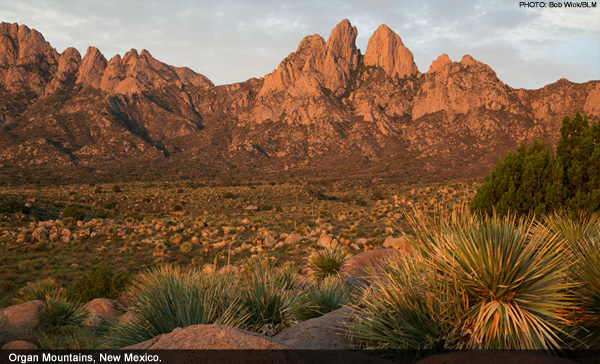 According to one recent study, it could nearly double the number of jobs supported by the outdoor recreation and tourism industry, adding more than $7.4 million in annual economic activity. Both increases would constitute significant improvements in the region.

The Organ Mountains-Desert Peaks area is renowned for its diverse human history as well as colorful natural wonders. The landscape includes lava flows, Chihuahuan Desert grasslands, and numerous mountain ranges and peaks, or sky islands, that have loomed over geological periods and have borne witness to the ebb and flow of several cultures.

These lands have sustained pre-Columbian Indians and have been frequented by a host of legendary Old West figures, such as Billy the Kid and Geronimo. The area, once home to myriad Ice Age species (including the giant ground sloth) much later served as training sites for Apollo astronauts. 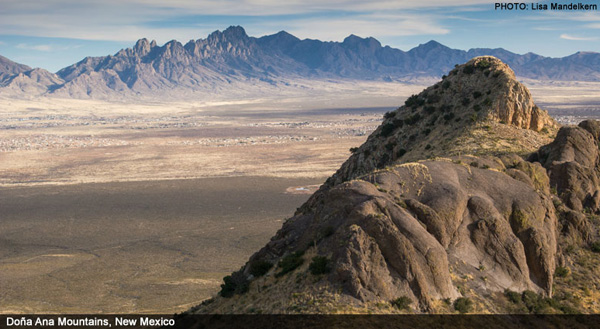 Portions of the Butterfield Stagecoach Trail, as well as landmarks along the Camino Real—the "royal road" traveled by Spanish traders from Mexico to the American West—traverse this wild expanse.

In his State of the Union address, President Obama pledged to protect America’s public lands for future generations. At the signing ceremony establishing the Organ Mountains-Desert Peaks National Monument, he said that his work is not yet done. We look forward to continuing to partner with the administration and Congress to fulfill his promise.

Just the day before the president designated the national monument, Representative Lois Capps (D-CA) introduced the Central Coast Heritage Protection Act (H.R. 4685). This bill would protect some of the most special and visibly stunning landscapes of the Central Coast region.

Co-sponsored by Representatives Julia Brownley (D-CA) and Sam Farr (D-CA), the legislation would conserve over 245,000 acres of new and expanded wilderness, as well as some 150 miles of new wild and scenic rivers, in the Los Padres National Forest and the Carrizo Plain National Monument in central California. The bill would also designate a new national recreational trail in the region.

Pew has worked closely with a locally based, community-led coalition to protect these areas.

The introduction of the Central Coast bill means that more than two dozen wilderness proposals are now pending in Congress. As noted previously, only one, Michigan’s Sleeping Bear Dunes National Lakeshore Conservation and Recreation Act, has made its way to the president’s desk so far.