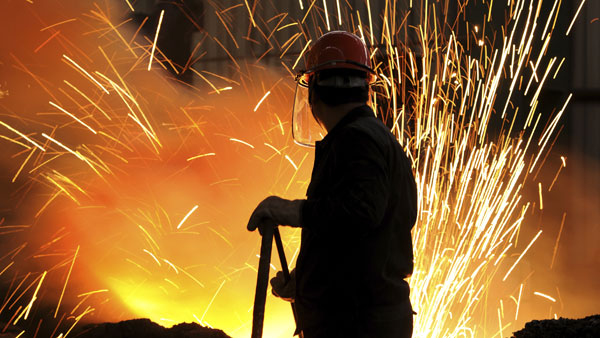 On June 2, the U.S. Environmental Protection Agency announced a proposed regulation to reduce carbon dioxide emissions from existing power plants by 30 percent by 2030 (compared with 2005 levels), taking aim at one of the nation’s leading sources of greenhouse gases. This effort to lower carbon pollution is an opportunity not only to clean up America’s power generation but also to make it more efficient.

The plan has two key parts: state-specific targets for reducing carbon pollution from power plants and guidelines to help states develop plans for meeting them. EPA’s proposal encourages states to consider policies that support efficiency measures throughout the electricity system—not just at power plants—in order to reach targets. Improvements in facility efficiency and increased adoption of distributed power generation at factories, hospitals, and commercial buildings that can reduce demand and emissions from power plants will also be essential.

Industrial efficiency technologies such as combined heat and power (CHP) and waste heat to power (WHP) can produce electricity with half the carbon emissions of the separate generation of heat and power.  In fact, these technologies might be the least expensive, cleanest way for some states to meet the new regulations, particularly those in the Midwest and Southeast.  According to one study, EPA’s proposal to reduce carbon pollution from existing power plants could lead to deployment of an additional 10 gigawatts of combined heat and power in industrial and coal-heavy regions.

In addition to reducing pollution, these technologies cut energy costs by generating more electricity, heating or cooling for the same amount of fuel or less. CHP and WHP can increase energy resiliency, too. June marks the start of hurricane season—and the likelihood of power outages of various durations. After Hurricanes Ivan, Katrina, Rita, Wilma, Ike, and Irene, 95 percent of customers in seven affected states were without power for six to 23 days. CHP and WHP offer reliable power that can be generated on-site and parallel to the local electricity grid. Many of these systems have the ability to stay powered up when the grid is down, providing necessary energy to hospitals, assisted living facilities, and emergency providers.

CHP and WHP will enable states to comply with the new power plant guidelines while providing an opportunity to help businesses, institutions, and states save money and improve their resilience. Deploying these new technologies can create jobs and spur investment, too.