Here’s the story: A fish population is driven to the brink by decades of poor management and overfishing. After just a few years of doing the right thing, industry claims it’s now easier to catch these fish and that the population must have recovered.

But is that truly the case? This is the question facing those working to rebuild stocks of eastern Atlantic bluefin tuna. There’s no denying how bad things got for the population, and there’s no denying that the recent fishing season ended in record time when the catch reached set quotas. The question is, has the population actually recovered or are other factors at play?

Let’s look at the facts.

5.  It really was a speedy season

The 2014 Atlantic bluefin tuna purse seine season in the Mediterranean Sea opened May 26 and ended swiftly for some, with country quotas caught in as few as 48 hours. Considering the imperiled state of this species, a record-breaking short season led some fishery officials and industry representatives to cite it as evidence of an “amazing bluefin tuna recovery.” While a quick catch is a promising indicator that adhering to scientific advice in making management decisions is starting to yield positive results, science has not yet shown the population to be at “extremely healthy” levels, as some have claimed. 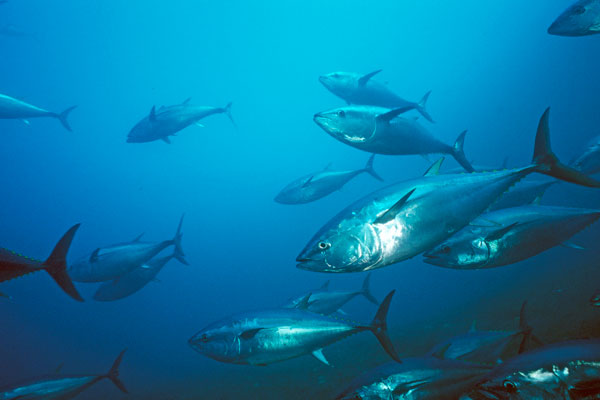 4.  The situation is still critical

The latest stock assessment (in 2012) found that after decades of mismanagement and just two years of science-based management, the eastern Atlantic bluefin stock was showing signs of improvement—proof that following scientific advice leads to good results.  While an increase in the numbers of fish may have led to improved fishing conditions this year, that does not mean that the eastern population has completely recovered.

According to the assessment, the eastern bluefin population is still only part of the way to the rebuilding target agreed to by fisheries managers at the International Commission for the Conservation of Atlantic Tunas (ICCAT). The speed and magnitude of this recovery, however, remain highly uncertain. In other words, if Atlantic bluefin tuna were a hospital patient, it would have moved out of the intensive care unit, but the situation is still critical and requires doctor-ordered close supervision.

3. In fishing, there is such a thing as good timing

It’s important to note that the timing of the season and the fishing method used to catch Atlantic bluefin tuna also contribute to a quick catch. Both are intended to maximize catch and efficiency. The fishing season coincides with the peak spawning season in the Mediterranean, when eastern giant bluefin gather in large schools to spawn. This aggregation makes them an easy target, especially for the industrial purse-seine boats poised to encircle the spawning fish with huge nets as soon as the season opens. 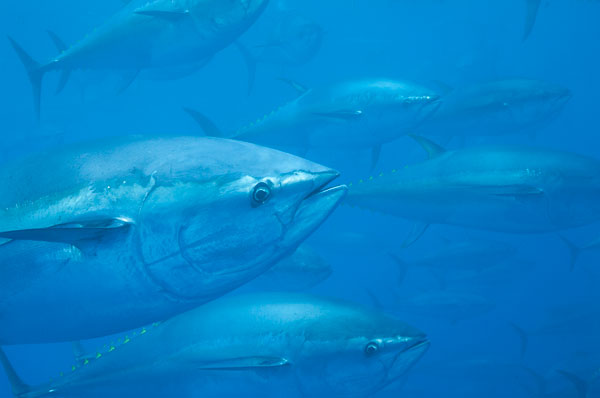 2. There is more than one population

There is evidence, confirmed by genetic analyses, of at least two distinct populations  in the Mediterranean, one of which may be significantly more productive than the other. Increases in one of these populations could give a false impression of overall increases across the eastern Atlantic and the Mediterranean. For this reason, ICCAT’s scientific body plans to assess two separate Mediterranean populations for the first time in 2015. It is important that managers wait until this information is available before considering an increase in the eastern quota.

Leading European bluefin tuna scientists (all of whom are members of ICCAT’s scientific body) advised in a recent paper that when a management approach is working, it “should be kept constant until the [full] recovery is achieved.” To return to the hospital metaphor, doctors not only want patients to remain under close observation, but they also want them to finish their treatment. In this case, that means sticking with a science-based quota—the more precautionary the better.

So is there a recovery or was it just a good season? The answer is a bit of both. It appears that a strict adherence to scientific advice is netting results. That’s a win for everyone. At the same time, it is too early to say the population is out of the woods. Even if the assessment update scheduled for later this summer points to continued population growth, it is important that ICCAT continue to take a precautionary approach. After all, ignoring scientific advice risks jeopardizing hard-fought gains.