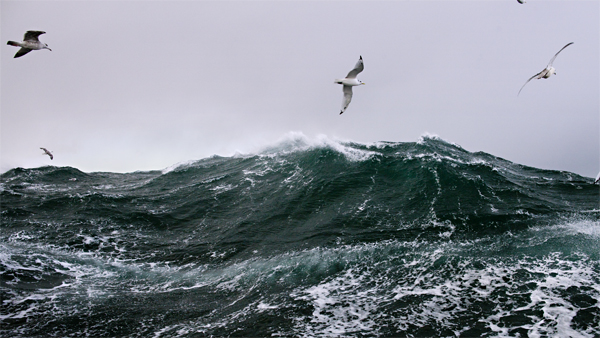 The Global Ocean Commission, an independent initiative made up of 17 leaders from around the world, today released its proposals for action: a “rescue package” for the high seas aimed at restoring ocean health and protecting the valuable benefits the ocean provides. The commission is co-chaired by José María Figueres, former president of Costa Rica; Trevor Manuel, former minister in the presidency of South Africa; and David Miliband, president and CEO of the International Rescue Committee and former British foreign secretary.

The high seas—which lie beyond the national waters of any country—make up 45 percent of the planet’s total surface area and face increasing threats from overfishing, habitat destruction, biodiversity loss, ineffective governance, and lax enforcement of regulations. Today’s recommendations follow the commission’s June 5 release of the first assessment of the health of high seas ecosystems and their economic value. That report, “The High Seas and Us: Understanding the Value of High-Seas Ecosystems,” identifies 15 services that the high seas provide to humankind, including deposits of oil, gas, sand, and gravel; a conveyor belt for global trade; and a “carbon sink,” mitigating the effects of climate change by storing up to 500 million metric tons of atmospheric carbon per year—the value of which, according to the study, is estimated at US$75 billion to $222 billion per year.

In its recommendations, the commission identifies the lack of adequate governance on the high seas as a key issue and calls for the negotiation of a new agreement under the U.N. Convention on the Law of the Sea to restore ocean productivity; guard against irresponsible, inefficient, and wasteful exploitation; and allow for the creation of high seas marine protected areas.

“A decade ago, I had the privilege of welcoming the recommendations of the Pew Oceans Commission, which helped change the course of ocean conservation in the United States,” said Rebecca W. Rimel, president and CEO of The Pew Charitable Trusts. “Today, I am equally honored as we chart a new course to manage and protect the high seas and to welcome the launch of the Global Ocean Commission’s final report and recommendations.”

The commission’s proposals also include calls for mandatory tracking of all vessels fishing in the high seas, a ban on the transshipment of fish at sea, measures to end pollution from plastic waste, and binding standards for the regulation and control of offshore oil and gas exploration and exploitation.

The commission found that government subsidies for high seas fishing total at least US$30 billion a year for only 10 nations, and should be immediately capped—and then eliminated within five years. About 60 percent of such subsidies directly encourage unsustainable practices such as bottom trawling and the use of fish aggregating devices. Without these subsidies, much, if not all, high seas fishing would no longer be financially viable.

According to the commission, if ocean health does not improve within five years, the international community should consider designating the high seas as a “regeneration zone” to help fish stocks recover. This would mean the prevention of industrial fishing in high seas areas where Regional Fisheries Management Organizations have proved to be ineffective.

The commission is supported by Pew in partnership with the Adessium Foundation, Oceans 5, and the Swire Group Charitable Trust, and was hosted at Somerville College at the University of Oxford.

The proposals represent the culmination of 18 months of exhaustive deliberations and extensive consultation with experts and stakeholders. The complete report is available at www.globaloceancommission.org, with a more interactive version and opportunities for action at www.missionocean.me.