All four of the Federated States of Micronesia, or FSM, have enacted shark protections, now that the state of Chuuk has passed legislation that bans shark fishing in its waters. Governor Johnson Elimo signed the measure on May 1, 2014, and a celebratory ceremony was held on May 8, 2014 in the state capital, Weno.

The state legislature passed the bill in early April, shortly after it was introduced by Senator Nelson Stephen.

“Sharks are worth more alive than dead,” Stephen said. “I am delighted that Chuuk has enacted legislation to keep these culturally and economically significant species protected for generations to come.” 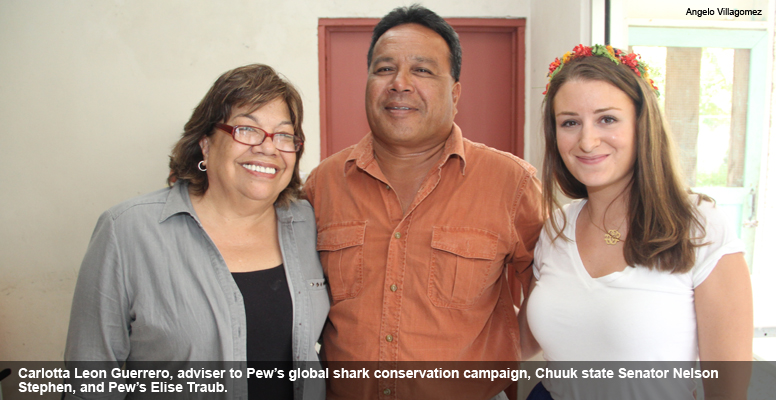 Chuuk, located in the western Pacific Ocean, is a world-renowned scuba diving destination. It boasts dozens of World War II-era shipwrecks in its waters. Chuuk is also known for its sharks, which are attracted by the marine life that lives among the sunken wrecks.

Cindy Hall, manager of the Truk Lagoon Dive Center in Chuuk, told Pew in 2012 that tourism drives the state's economy—and diving is a critical component of that industry.

“One diver can bring in several thousand dollars per trip. They pay the diver fees, including the government's $30 user fee, but they also stay in hotels, rent cars, and eat in our restaurants,” Hall said, adding that sharks help attract divers.

“Shark diving is a sustainable business, whereas commercial shark fishing is not,'' she said. “We can bring divers out to Shark Island every day, but a fisherman would only be able to fish it once and the sharks would be gone.” 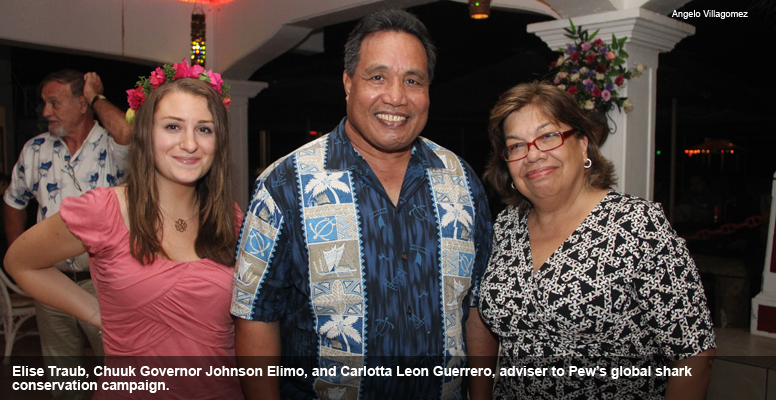 One study done in the western Pacific island nation of Palau found that the one-time value of a dead reef shark was US$108. A living shark, on the other hand, was worth US$1.9 million to the tourism industry over its life span.

Kosrae became the first FSM state to protect sharks, in September 2012. The other states, Yap and Pohnpei, followed suit in 2013.

Micronesia is a region in the western-central Pacific Ocean consisting of the Northern Mariana Islands, FSM, Guam, Kiribati, Nauru, Palau, and the Marshall Islands. At a meeting of the Micronesian Chief Executive Summit in 2011, three presidents and six governors from the region agreed to a Micronesia Regional Shark Sanctuary, an area of protected shark habitat nearly the size of the European Union.

Now nearly every country, state, and territory in the region has established shark protections. The national FSM government is continuing to deliberate on shark legislation. Senator Florencio Singkoro Harper of Chuuk introduced the national legislation in January.

Since 2009, Pew has worked with nine countries to establish shark sanctuaries covering more than 12.6 million square kilometers (4.9 million square miles) of ocean area. Collectively, these sanctuaries equal the size of the United States and Mexico combined.