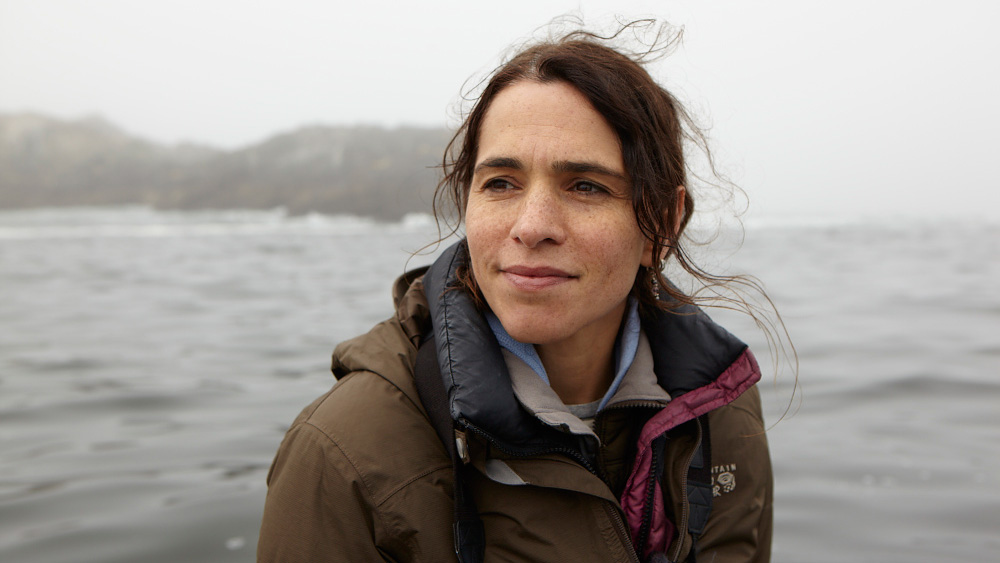 Anna Weinstein works to ensure there's enough prey for seabirds migrating from across the Pacific Ocean to the U.S. West Coast.

Anna Weinstein spends lots of time on the water as an advocate for Audubon California's efforts to conserve important habitat and prey for seabirds. She's a marine conservation biologist who has presented cutting-edge research to scientists on the West Coast and around the world. She also has a knack for connecting with people from all walks of life—from fishermen to bird-watchers to cowboys.

Weinstein directs Audubon California's seabird and marine program. She earned her master's degree from Boston University's Woods Hole Marine Program and has spent much of the past two decades researching and advocating for the protection of sensitive habitat. A New Jersey native who migrated west to California after graduate school, she initially landed a job exercising horses and leading trail rides for tourists before settling on the east side of San Francisco Bay. There, she focused much of her energy and attention on conserving herring as a keystone prey fish for seabirds along the Pacific flyway.

Q. Why focus so much attention on forage fish?

A. At Audubon, we're out there with our binoculars seeing birds come in from New Zealand, from Japan, from Hawaii. They've come such a long way because they know that our California Current ecosystem will provide them with food—and it's done so for millennia. When these beautiful birds arrive, I feel like it's our responsibility to make sure there's food when they get here.

Q. Is there concern that they might not find the food?

A. I'm very concerned about climate change. With some of the changes we've seen in recent years, we need to fish responsibly in the context of a changing climate. If we know higher temperatures are going to stress herring and other forage fish species, we need to make sure fishery management is responsive to those changes.

Q. You've worked to conserve herring in the California Current ecosystem, but at the same time you've also promoted direct human consumption of herring. How does that work?

A. There are a lot of reasons for supporting sustainably harvested fish caught locally. From a strategic perspective of promoting conservation, when there's a constituency for catching wild fish like salmon or herring, then management is directed toward preserving those stocks. Also, we don't want to see all of our seafood coming from Indonesia or the Philippines. Locally caught fish require far less resources than imported seafood shipped halfway around the world.

Finally, for the herring specifically, this is the last commercial fishery in San Francisco Bay. We've got a lot of people living around the Bay. If people see the food coming from the water right below their feet, they're going to care much more about the environmental conditions in that bay. I want my kids and future generations to eat fish out of the bay and be able to see all the birds we do today.

Q. You work with lots of seabird species. Do you have a favorite?

A. I have a soft spot for a sea duck called a surf scoter. It breeds in Boreal Canada and in the winter travels down the Pacific coast in time for the spawning seasons of herring in coastal bays and estuaries. These birds begin their migration by eating herring eggs in San Francisco Bay in November and December. In January, they're dining on spawning herring in Puget Sound before moving on to British Columbia a little later. Finally, when it's warm enough to move inland to lay their own eggs in boreal forests, they're fat and healthy from their Pacific coast herring egg buffet.