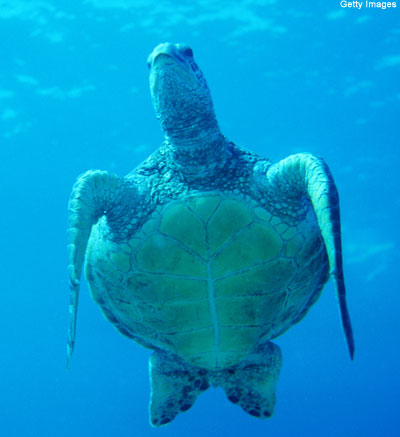 What do fast-swimming tuna, underwater tube worms, global shipping, and valuable minerals have in common? The answer is the high seas, an area covering almost half of the Earth's surface.

Activity in the open ocean—the waters beyond nations' exclusive economic zones—is bustling as large fishing vessels seek their catch and giant cargo ships and tankers move goods from one continent to another. Add to that new industries and interests—such as deep-sea mining and drilling—and all this activity raises questions about who is monitoring and managing the ocean's long-term health.

As of now, the job is vacant, which is why delegates from around the world are at the United Nations in New York City this week.

Tragedy of the commons

In 1968, the journal Science published an economic theory by Garrett Hardin, a professor of biology at the University of California, Santa Barbara, which argued that humans, acting in their own interest, deplete unmanaged resources held in common. Hardin applied his theory to the effect of population growth on natural resources. Decades later, it is often used to make the case for sustainable development.

The high seas are such a commons, suffering today from the tragedy of unchecked use. On the surface, these waters appear open, endless, and uniform. Beneath, they are repositories of biodiversity under threat from commercial and other human activities, including pollution, fishing, drilling, and other extractive enterprises.

Humans' habits on land and at sea are spurring activities that are further degrading marine ecosystems—from the coasts to the deepest recesses of the global ocean. Proactive steps must be taken to protect them.

There is a legal framework for managing the oceans. It is the United Nations Convention on the Law of the Sea. The convention says that countries must cooperate to preserve and protect marine life in international waters. To date, though, these efforts have focused primarily on how to work together to enable fishing in the high seas.

Today, scientists and government officials have a broader understanding of the importance of looking at entire ecosystems before setting quotas for individual fish stocks, as well as the need to consider the impact of stressors such as climate change and pollution. Now, then, is the time for the international community to refocus on what the Convention on the Law of the Sea says about protecting marine life in the high seas and how to institute those protections most effectively.

During the U.N. Conference on Sustainable Development in 2012, known as Rio+20, world leaders gave the General Assembly until September 2015 to decide whether to start negotiations on a new Law of the Sea implementing agreement to protect life in the high seas, an agreement that would include a mechanism to create marine protected areas and reserves.

This week, the next step in this process starts as representatives from 193 states meet in New York City for the U.N. Ad Hoc Open-ended Informal Working Group to “study issues relating to the conservation and sustainable use of marine biological diversity in areas beyond national jurisdiction,” or ABNJ. What happens could prove critical to putting in place important management and conservation measures for the high seas. It is vital that these discussions remain open for the public to participate in, rather than behind closed doors and cloaked in secrecy.

Coming to an agreement

The near-term goal of The Pew Charitable Trusts, along with its partners in the High Seas Alliance, and many governments, is for countries to agree to negotiate a way forward that will secure the well-being of marine life in these international waters. Ultimately, such negotiations can—and should—produce a new implementing agreement, which would establish a legal framework for safeguarding marine biodiversity beyond areas of national jurisdiction.

The implementing agreement should:

U.N. member states have submitted their views on this process, and we expect to learn more about their positions this week.

These discussions are about more than how many or which fish can be caught, or the economic value of extracting resources from the ocean floor. They are about ensuring the health and vitality of the biggest and potentially most valuable resource on Earth. This is a resource that provides food and oxygen, that absorbs carbon dioxide, and that knits together a web of life containing some of the most amazing and intricate species found anywhere.

Llearn more about The Scope, Parameters and Feasibility of a New UNCLOS Implementing Agreement on Marine Biodiversity in Areas Beyond National Jurisdiction (PDF) by the High Seas Alliance.