The Public Policy Institute of California has issued a report on the effect of various election reforms on state voters. One proposed change would require the state to count all valid ballots that arrive by mail up to three days after an election, rather than by Election Day, as is required now.

The California Association of Clerks and Election Officials gathered data for 24 counties on the percentage of mail ballots that arrived after Election Day and had valid postmarks. Eighty-eight percent of all late ballots had valid postmarks, and 96 percent arrived within three days after the election. The analysis concludes that the proposal to count eligible ballots arriving within three days after an election would significantly reduce the number of uncounted mail ballots in California.

According to Pew’s Elections Performance Index, which evaluates states on 17 indicators of election performance, California rejected 1 percent of all absentee ballots cast in 2008, the nation’s second-highest rate (only the District of Columbia was higher); in 2010 it rejected 0.7 percent, the highest rate in the country.

May 12, 2021 Broadband Proved a Top Priority for State Policymakers 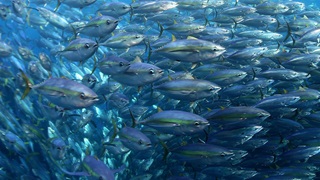