The Lake Eyre Basin, which covers one-sixth of Australia, is one of the world's largest internal drainage systems and hosts one of its most spectacular natural phenomena. Rivers flow inland and flood Lake Eyre an average of only four times each century, creating a breathtaking scene as millions of birds fly thousands of kilometres to feed, breed, and nest at the engorged lake.

After periodic heavy rainfall, the three rivers that make up the basin—Cooper Creek, the Diamantina, and the Georgina—spill over their banks and spread across tens of thousands of square kilometres of floodplains, moving life-giving water from the country's tropical north to its arid centre. Together, they make up the Channel Country, and their waters are vital for wildlife, graziers, and local Indigenous people.

These waterways also hold important Indigenous cultural significance and are a critical food source for the Mithaka, who believe their health fluctuates with the ebb and flow of the flooding rivers through the dry Outback country. In fact, all of their traditional Dreamtime stories start or end at Channel Country waterholes.

Local Indigenous groups have depended on these rivers for thousands of years. Indigenous land management has safeguarded these waters for generations, but this is now threatened. The Queensland government has created new legislation, the Regional Interests Planning Bill, which would open these courses and floodplains to destructive coal seam gas mining and irrigation.

The Queensland government has moved to replace laws protecting the Channel Country rivers, angering local communities, graziers, and Indigenous people who had worked together over many years to prevent the problems of over-extraction of water, pollution, and degradation that have occurred in Australia's other major river system, the Murray-Darling. 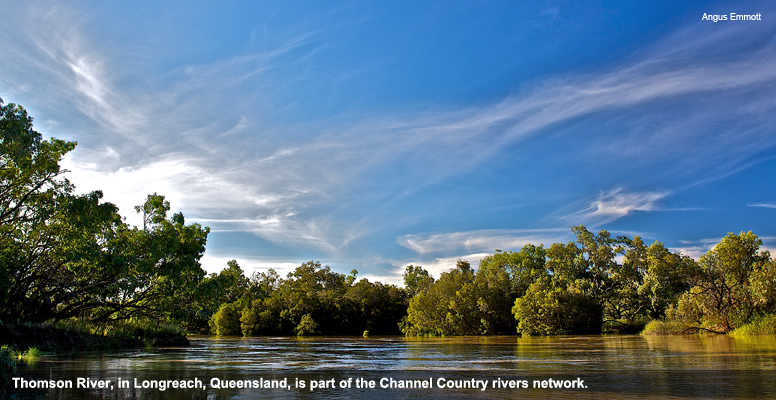 Queensland's Indigenous leaders want a greater say in decisions over their traditional lands. In November, more than 50 gathered in Brisbane to call on Campbell Newman, the Queensland Premier, to honour an election commitment to do just that. The ground-breaking forum of Indigenous leaders, “Putting Aboriginals in the Driver's Seat: Protecting Land and Water in Queensland,” brought together an unprecedented number of affected peoples from across the state for the first time.

“The message is simple and clear: Our rivers are too important to risk mining near them. Indigenous people want economic opportunities but not at the expense of their cultural and environmental heritage,” said Scott Gorringe, a Mithaka Traditional Owner.

Cheryl Buchanan, a Gwamu (Kooma) woman from south-west Queensland and deputy chair of the Northern Murray-Darling Basin Aboriginal Nations, called on the Premier to consult more widely with Indigenous people.

“Indigenous people are asserting their native title rights to be heard and their wishes for their traditional lands to be respected by the government. Continuing to ignore us is not an option available to the Premier,” Buchanan said.

At the end of the forum, Indigenous leaders pledged to implement a state-wide campaign to stop the Queensland Government from weakening laws to protect healthy rivers from destructive mining. A communiqué was issued to the Premier urging him to strengthen these laws and to recognise the rights of Indigenous people over their traditional lands.

“The Channel Country of Western Queensland are healthy rivers. They are the lifeblood of this country. Mining in the rivers and floodplains of Channel Country risks destroying the careful balance that exists between nature and local communities,” Gorringe said.