On Oct. 23, after their February vote for an ambitious CFP reform, members of the European Parliament voted for a significant shift of additional funds into data collection, control and enforcement, and strengthened provisions that allow the withholding of funds in case of noncompliance with the rules of the CFP by member states. However, they also voted in favor of subsidies for engine replacements and other measures known to facilitate overfishing.


The European Union's Fisheries Council and the European Parliament secured a political deal Jan. 28 on the future EU fisheries subsidies regime. Under the agreement, the European Maritime and Fisheries Fund, or EMFF, will make available about 6.5 billion euro from 2014 to 2020 to support Europe's fisheries sector and EU maritime policies. The funding will be instrumental in effective implementation of the reformed Common Fisheries Policy, or CFP. The new policy sets targets to end EU overfishing and restore fish stocks by providing financial support to fishermen and facilitating their transition to more sustainable fishing practices. The new CFP, adopted by the European Parliament on Dec. 10, went into force on Jan. 1.

This final agreement on future EU fisheries subsidies includes some positive measures. For example, it allows member states to use more funds to enhance data collection, improve control, and enforcement. Also, the deal strengthens provisions that allow funding to be withheld from individual recipients and member states that fail to comply with the rules of the CFP.

"However, the deal includes subsidies for fishing vessel engine replacement, which can increase capacity, and for the temporary cessation of fishing. Rather than contributing to ending overfishing, this has the effect of merely pausing it. With this agreement it is now up to EU member states to choose what they allocate funding to and how ambitious they want to be implementing the reformed Common Fisheries Policy and ending EU overfishing," said Uta Bellion, director of The Pew Charitable Trusts' European marine programme and the OCEAN2012 coalition. 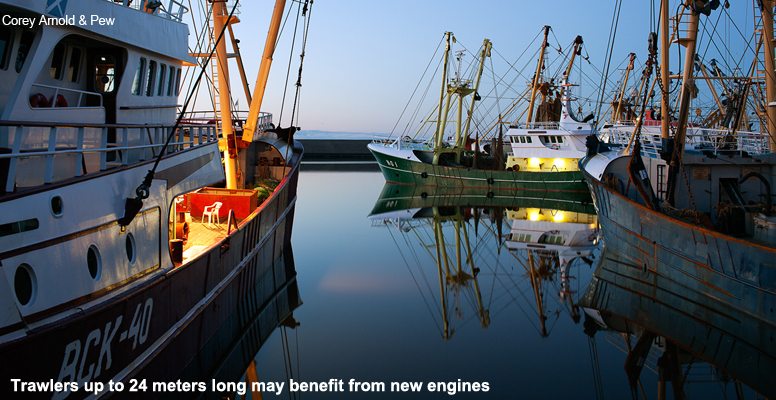 For further information on these issues, please see the following resources: