Penguin Awareness Day, observed each year on Jan. 20, does more than celebrate the quirky flightless birds that have captured the imagination of people around the world. It also calls attention to the threats facing the world's 18 species of penguins, all of which live in the Southern Hemisphere and seven of which make their homes in the icy waters off Antarctica.

Although penguins are resilient—having adapted to harsh winters and treacherous breeding grounds—their health is being tested by global climate change, overfishing, pollution, and habitat degradation. Two species, the southern rockhopper and the macaroni, are considered “Vulnerable” by the International Union for Conservation of Nature's Red List of Threatened Species, and the Adélie, emperor, and gentoo penguins are listed as “Near Threatened.”

One important action can be taken to prevent the decline of penguins: the creation of large-scale, fully protected marine reserves, which have been proposed in the Southern Ocean. Although such reserves cannot fully mitigate the problems of climate change, the conservation of large swaths of ocean can build ecosystem resilience for the species that depend on Antarctic waters for survival. 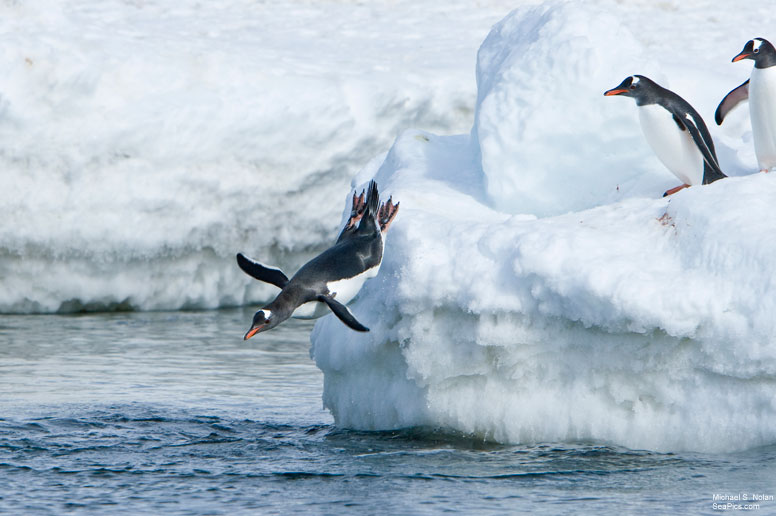 Marine reserves help protect against fisheries expansion and the concentration of fishing in habitat critical to penguins. Krill, a small, shrimplike forage species, is one of the largest protein sources on Earth and is a key part of the penguin diet. Industrial fishing operations also catch krill, which are used to make omega-3 fatty acid supplements and feed for animals and farmed fish. Krill fishing that is concentrated in penguin foraging grounds can threaten the birds' food supply, so science-based fisheries management and strong ocean protections are critical to maintaining balance in the Antarctic food web.

In late 2013, the Commission for the Conservation of Antarctic Marine Living Resources, or CCAMLR, failed to pass a proposal to establish marine reserves in the Southern Ocean. At this year's meeting in October, CCAMLR will have another opportunity to designate areas of this pristine ocean environment. It's not too late to make these protections a reality and to secure a positive future for Antarctica's penguins.