In "Arctic Standards: Recommendations for Oil Spill Prevention, Response, and Safety in the U.S. Arctic Ocean," The Pew Charitable Trusts provides detailed recommendations for the U.S. Department of the Interior to adopt world-class, Arctic-specific regulatory standards for oil and gas exploration, development and production activities in the U.S. Arctic Ocean. The report also calls for full public participation and transparency throughout the decision-making process. 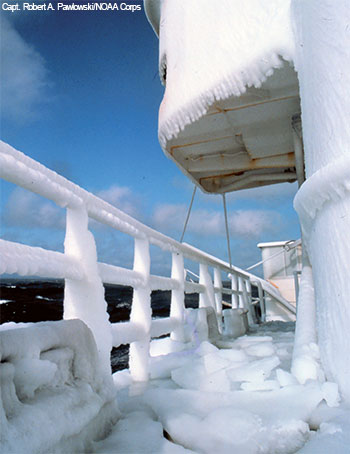 Q: What are Arctic standards?

Arctic Outer Continental Shelf, or OCS, standards would provide consistent requirements on how to design, build, install, and operate equipment to safely explore and develop oil and gas resources and respond to accidents in the region using best Arctic science, technology, and practices. Arctic standards should account for the area's remote location, lack of infrastructure, and unique operating conditions due to the severe and changing climate to ensure that oil spills are prevented and the capability exists to respond to a worst-case oil spill.

A majority of the offshore oil and gas exploration, development, and production in the United States takes place in the Gulf of Mexico. As a result, most of the drilling and extraction technology is developed for and tested in temperate waters.

In the Arctic OCS, people and machinery will be working in some of the most remote and harshest conditions on the planet. The Arctic Ocean is ice-covered for eight to nine months of the year, with almost complete darkness for nearly three of those months. Even during the summer when the ice pack has mostly receded, the Arctic still experiences high seas, wind, freezing temperatures, dense fog, and floating ice hazards. Major highways, airports, and ports that most Americans take for granted do not exist in the Arctic. The nearest U.S. Coast Guard air base is in Kodiak, AK, more than 950 air miles away. The nearest major port is in Dutch Harbor, AK, which is over 1,000 miles from the Arctic Ocean.

Q: What are some examples of Arctic standards? 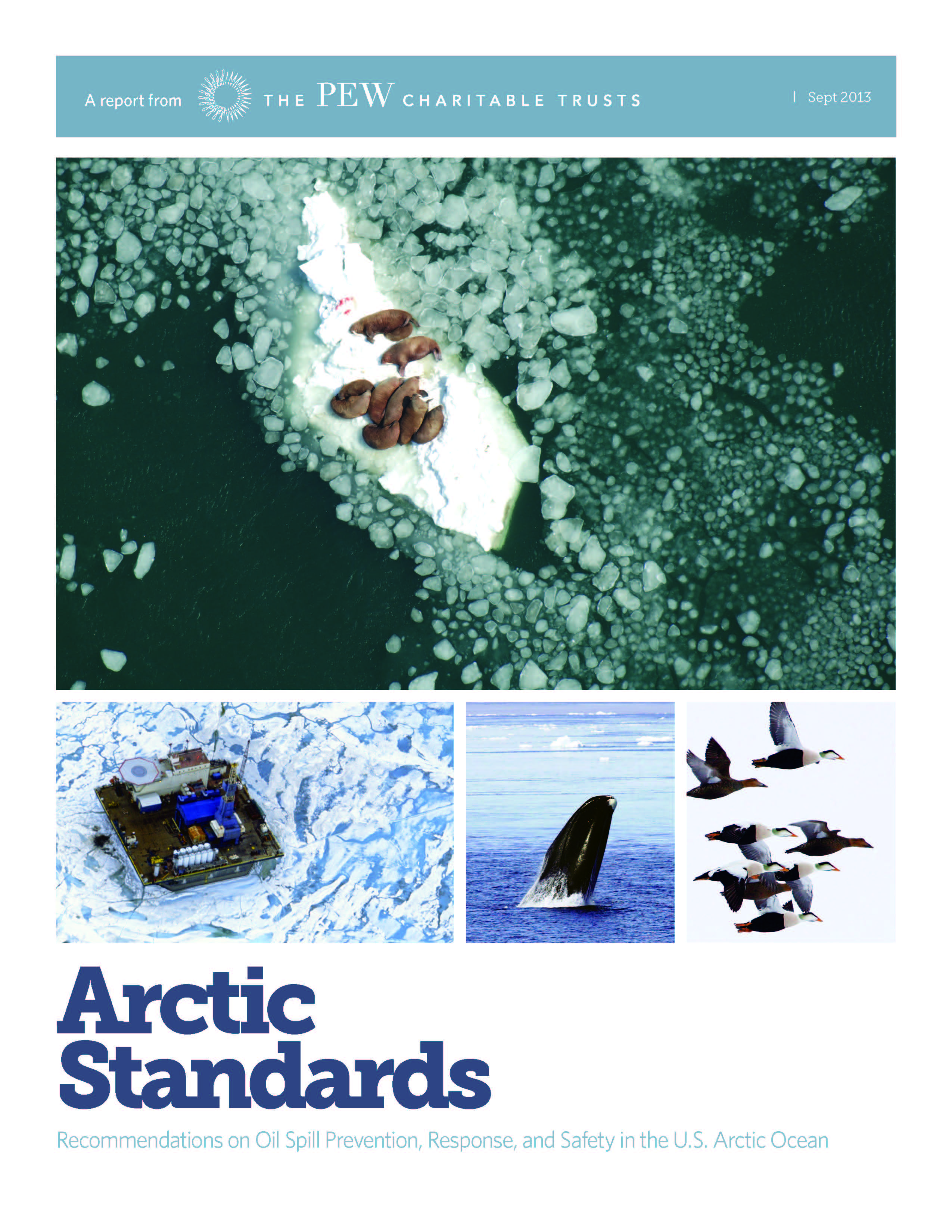 Q: Why should Americans care about the Arctic?

The Arctic Ocean is one of the world's last relatively untouched marine ecosystems, providing habitat for such important species as bowhead whales, walruses, ice seals, polar bears, and millions of migratory birds. Indigenous communities have thrived for millennia with a traditional way of life that is interwoven with the region's natural bounty.

But climate change is warming the Arctic at twice the rate of the rest of the planet, causing a rapid melting of the ice pack and fundamentally altering this region's ecosystems. Compounding the effects of a changing climate are the consequences of greater industrial access to this region. Oil spilled in Arctic waters would be particularly difficult to remove and would threaten habitat and the health and cultural well-being of Arctic communities.

Q: What are the principles underlying Pew's recommendations?

Decisions about whether, where, and how oil and gas exploration and production activities are conducted in the U.S. Arctic Ocean must be based on sound scientific information, thorough planning, the best available technology, and full involvement of the communities most affected. Pew is not opposed to offshore drilling, but a balanced and careful approach to development in the Arctic must account for environmental protection and for the social, cultural, and subsistence needs of Alaska communities.

In the wake of the 2010 Deepwater Horizon blowout in the Gulf of Mexico, the United States and other Arctic countries began to examine whether regulatory standards were sufficient to prevent a similar disaster in the Arctic. In August 2012, the Ocean Energy Safety Advisory Committee concluded that there is a need to modernize U.S. regulations to include Arctic-specific standards to prevent spills, contain them, and respond to them quickly and effectively.

In March 2013, Secretary of the Interior Ken Salazar released a formal review of Shell's 2012 Alaska offshore oil and gas exploration program. The report concluded that the federal government must recognize and account for the unique challenges of this region. In June 2013, Interior began a public process to solicit input on improved Arctic technology and equipment standards with a goal of proposing new regulations by 2014.