The recent shutdown of the federal government all but halted action on public lands bills in Congress.  The lack of a deal to continue funding meant that many committees would not hold hearings or mark-ups and report bills, making for a slow month on Capitol Hill. The Republican leadership of the House Committee on Natural Resources, however, held a few hearings. One was to investigate the closure of National Park Service facilities due to Congress' failure to appropriate money to fund their operation.

The committee also held an October 3 hearing that included consideration of the North Fork Watershed Protection Act (H.R. 2259) for Montana sponsored by Rep. Steve Daines (R-MT). This bill would protect the North Fork of the Flathead River from mining, oil and gas extraction, and other development. It fulfills Montana's commitment through a memorandum of understanding with the government of British Columbia to protect this valuable watershed.

John Anderson, a city council member for Whitefish, testified in support of the legislation. He stressed that protecting the clean, clear waters of the basin makes good economic sense.  "If these lands are not safeguarded, and water quality in turn suffers, Whitefish will be faced with spending more money to treat water obtained from Whitefish Lake or other sources," he said.

Later in the month, Marcia Argust, of The Pew Charitable Trusts' U.S. public lands program, participated in a panel discussion on collaborative efforts to protect our public lands. Hosted by the Western Caucus, the event was an opportunity to highlight Pew's long history of working with stakeholders to  protect land and cultural resources and provide economic stability to local  communities.  Pew has supported area conservationists and landowners to protect nearly 10,000 acres along the banks of the John Day River (Spring Basin Wilderness), joined ranchers and county commissioners in an initiative that led to designation of more than 500,000 acres of wilderness in the Owyhee Canyonlands in southern Idaho, and is currently working on an emerging collaborative effort in Utah to preserve millions of acres of wild landscape and provide economic certainty for counties.

Expect such collaboration with local stakeholders to continue, because finding ways to safeguard public lands for ecological and economic good, recreational pursuits, and preserving a way of life, benefits future generations. 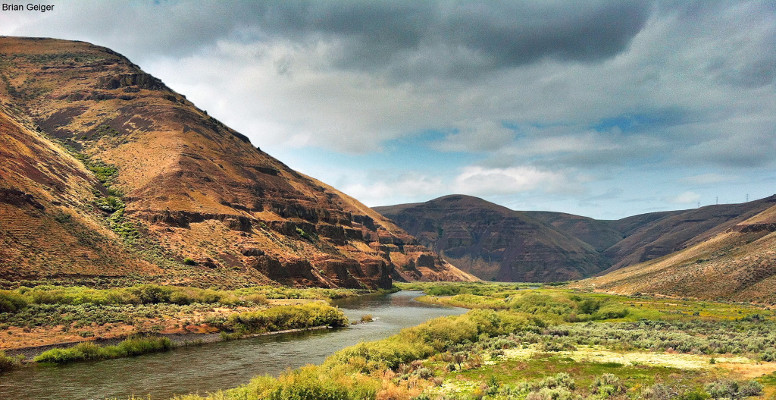