Panama’s waters are home to over 40 species of sharks, more than half of which are threatened or near threatened with extinction, according to the Red List of Threatened Species published by the International Union for Conservation of Nature. In recent years, there has been an increase in the directed fishing of young sharks that have not had a chance to reproduce.

For example, fishing data show that 96 percent of the hammerhead sharks caught in these waters are newborn or juveniles. Meat from sharks caught off Panama—specifically hammerhead sharks, which are threatened with extinction globally—is often sold as fillet or processed to use in ceviche, at times under false names.

But at the same time, shark-related ecotourism is becoming increasingly popular in Panama—in Coiba National Park, for example—and around the world. Because of this, sharks could be an asset to Panama’s tourism industry, a growing sector of the nation’s economy. Tourism represented roughly 10 percent of Panama’s gross domestic product in 20111. By contrast, shark fishing accounted for a modest 2.5 percent of the total landings for the industrial fishing sector in 2009.2 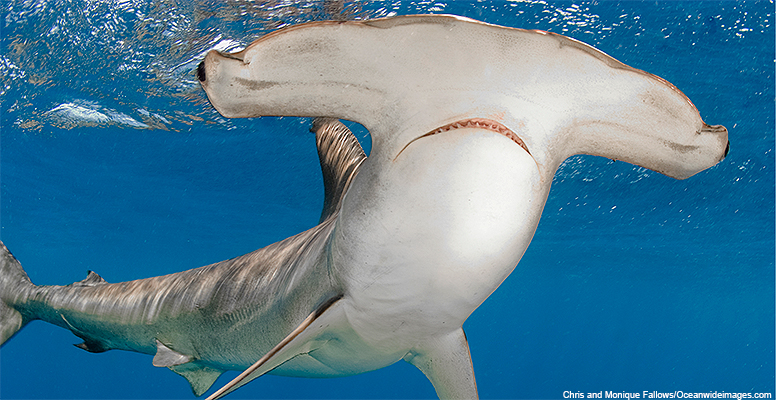 Shark populations globally face serious threats of extinction because of the demand for fins, meat, liver oil, and other shark products. Sharks are generally slow-growing. They are late to mature and have relatively few offspring. These factors make them especially vulnerable to overexploitation and slow to recover from depletion.

The Pew Charitable Trusts is working with the MarViva Foundation to establish permanent protections for sharks in Panama’s waters. MarViva is a nongovernmental organization that promotes the conservation and sustainable use of coastal and marine ecosystems in the eastern tropical Pacific Ocean.