Just before leaving Washington for the August district work period, the House Natural Resources Committee voted to report H.R. 1526, the so-called Healthy Forests for Healthy Communities Act. During the August recess, timber interests and county officials weighed in with their members of Congress, arguing that increased timber production would reduce the danger of forest fires. Upon returning to Washington in the second week of September, Majority Leader Eric Cantor (VA) announced that the bill would be taken up on the House floor. The House took up the bill for debate in the early evening of Sept. 19, after voting had been completed for the day, and passed it on the morning of Sept. 20 by a margin of 244 to 173. The bill has now been referred to the Senate Committee on Energy and Natural Resources.

Despite its benign name, the bill would dramatically alter forest practices by overriding long-established multiple-use laws that require protections for water, wildlife, recreation, and ranching and instead direct the U.S. Forest Service to more than double timber production. Each national forest across the nation would be required to achieve a congressionally mandated cut level regardless of science, public opinion, and market demand for timber. As with current law, 25 percent of receipts received by the federal government from timber sales would be directed to county governments where national forests are located. But for the first time in history, the bill would obligate the federal government with “fiduciary responsibility” to those “beneficiary” counties. This appears to be an entitlement, allowing local governments to sue the federal government to ensure that the timber production quotas are met.

The bill requires the Forest Service to calculate the timber volume for every acre of forest capable of growing commercial timber except for existing wilderness areas, national monuments, and areas where timber cutting is prohibited by law. That means that all administratively protected areas, such as roadless lands, scenic areas, and areas set aside for scientific research, recreation, and municipal watershed protection would be available for timbering. Local forest plans, developed with community input, would be subject to changes to achieve the congressional mandate and cannot interfere with the timber quota. In addition, environmental reviews would be curtailed or limited, and the agency would be required to state that the timber projects do not jeopardize endangered species. Only if the Department of the Interior formally disputed that assertion would there be any formal consideration of a project's impacts on endangered species. 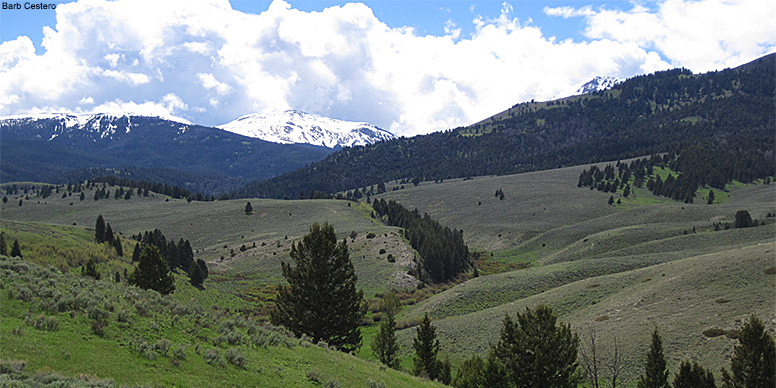 Before passage, the House approved a series of amendments that would restrict the agency's ability to close roads and would prohibit judicial review of certain agency procedures or salvage logging sales.

On Sept. 18, the Obama administration formally notified the House of its strong opposition to H.R. 1526, stating that the bill “includes numerous harmful provisions that impair Federal management of federally-owned lands and undermine many important existing public land and environmental laws, rules, and processes. The bill would significantly harm sound long-term management of these Federal lands for continued productivity and economic benefit as well as for the long-term health of the wildlife and ecological values sustained by these holdings. H.R. 1526, which includes unreasonable restrictions on certain Federal agency actions, would negatively impact the effective U.S. stewardship of Federal lands and natural resources, undertaken on behalf of all Americans. … If H.R. 1526 were presented to the President, his senior advisors would recommend that he veto the bill.”

Among a series of bills advanced by the Natural Resources Committee, the full House also took up the Southeast Arizona Land Exchange and Conservation Act (H.R. 687), introduced by Representative Paul Gosar (R-AZ), which directs the U.S. Agriculture Department to convey approximately 2,400 acres of Forest Service land to Resolution Copper, a mining company, if the company trades 5,000 acres of nonfederal land in return. Of that land, 1,200 acres would become national forest land, and the rest would be managed by the Bureau of Land Management. The lands that would be provided to Resolution Copper include what the company says is the country's third-largest copper deposit, estimated at 1.6 billion tons or about 25 percent of the U.S. copper supply over the next 40 years. The bill is strongly opposed by local Native American tribes—the hearing record noted opposition from the San Carlos Apache Tribe, the White Mountain Apache Tribe, the Yavapai-Apache Nation, the Tonto Apache Tribe, the Fort McDowell Yavapai Nation, the Hualapai Tribe, the Jicarilla Apache Nation, the Mescalero Apache Tribe, and the Pueblo of Zuni—who say the mine would damage or destroy sites that are of religious importance. Arizona environmental groups argue that the damage done by the mining would outweigh the value of the land that would be transferred to federal ownership and that the bill does not provide for environmental review.

Several amendments to the bill were considered and voted on, but the bill was not completed. A Senate companion bill has not advanced in committee.