Davis Gulch is one of my favorite places in the world. I haven't been down the slot canyon in south-central Utah in years, but I can still picture it vividly in my mind's eye. To enter, you slither down a narrow shaded chasm over—or through—cold, deep pools of water. If you go over, you bridge the canyon with your arms on one side of the slot and your legs on the other, descending like a crab or spider. If you go through, the water in portions of the canyon is up to your shoulders or neck, so you hold your backpack over your head. It's a shivering experience, which is why the tactile approach of using four limbs, though arduous, is the preferred method. In a couple of hours, you come to a drop where the water falls off and the canyon opens into a slice of paradise.

Tall cottonwoods rise along the steep canyon. Desert varnish decorates the light sandstone walls, and hanging fern gardens grow where seeps emerge. Pictographs of bighorn sheep and stick figures with flutes can be seen in alcoves. Cattails surround small beaver ponds. Startled mallards lift off as you walk by, rising quickly, flying down the canyon below the rims, their echoed quacking breaking the stillness. Black, mottled cryptobiotic soils form a carpet on sand banks at every curve. Deer tracks imprint the wet sand along the stream's course.

Congress protected Davis Gulch by establishing the 1.25 million-acre Glen Canyon National Recreation Area around Lake Powell in 1972. Then, 17 years ago last month, President Bill Clinton signed a proclamation establishing the Grand Staircase-Escalante National Monument just to the west. When ongress passed the Omnibus Public Lands Management Act in 2009, a quarter of a million acres of other marvelous vistas and snaking canyons in southwestern Utah were bequeathed to future generations in their natural condition. 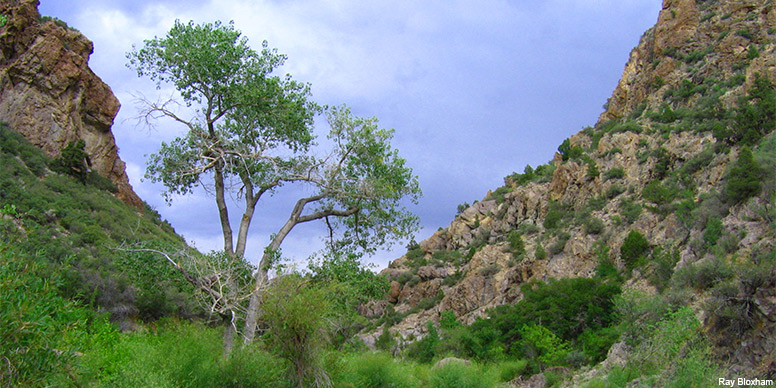 And now, something is again afoot in America's red rock country. Representative Rob Bishop (R-UT), who chairs the Natural Resources public lands subcommittee in the House, and Representative Jason Chaffetz (R-UT) have begun a process to determine how public lands in Utah will be managed for decades to come. There will be opportunities to designate more wilderness for deserving places, which is why we're at the table. Six or seven counties in eastern and southeastern Utah also are participating. Their motivation is different but no less important. Inside each proposed wilderness are state-owned parcels, which would be exchanged for federal land elsewhere that has potential to raise revenue.

This is not a new concept. On Sept. 18, 1996, when President Clinton designated the Grand Staircase-Escalante National Monument, it encompassed 1.7 million acres. With a subsequent land trade, it grew to 1.9 million acres when individual state-owned sections were swapped for blocks of federal land outside its boundaries. That trade has been worth more than $300 million in coal, oil, and gas leasing revenue to the state—or, more specifically, the Utah School and Institutional Trust Lands Administration (SITLA), a semi-autonomous state agency that owned the individual sections in the monument area. According to former governor Michael Leavitt, the exchange has meant an average of $75,000 annually to every high school in Utah. That's the incentive for Rep. Bishop and the six or seven counties that want to participate; helping schoolchildren in this age of declining budgets is not a bad idea at all.

We're not yet at the point of designating wilderness or aiding schoolchildren. We're not even at a stage where legislation is ready for introduction. 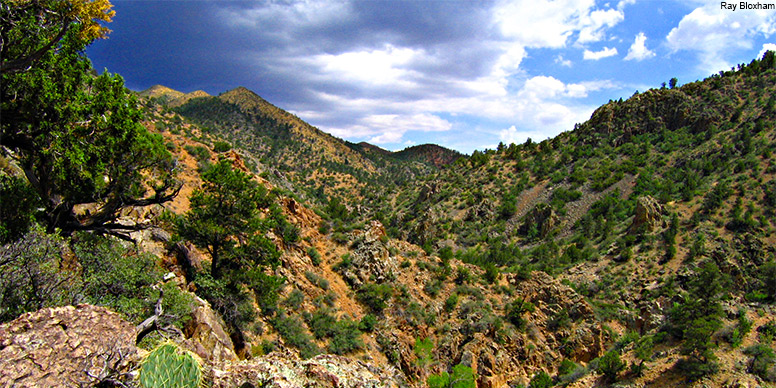 But we are talking with county commissioners, representatives of SITLA, officials with development groups, and staff in Rep. Bishop's office and others in the delegation. We're unrolling our draft maps, showing these stakeholders our proposal, and seeking their advice and guidance on every parcel. We want to do right by wilderness and protect lands that are important for wildlife, archaeological resources, water and air quality, and recreation. But we also want to do what's good for the people who live near these places. That's exactly the kind of win-win solution we look for.

Davis Gulch will always be there, same as it was when I scrambled down and through it decades ago, thanks to congressional action to make a national recreation area around Lake Powell. So, too, will the vast expanse of the Kaiparowits Plateau and Fiftymile Mountain above the Escalante River be safe from incursions because of what President Clinton administratively accomplished. Cougar Canyon and Doc's Pass in southwestern Utah are also safe because of successful legislative action. There's a long history in Utah of protecting some lands while making other spots available for dams and drilling.

I can visit Davis Gulch again, this time with my kids when they are big enough to stretch across the slot and spider down. Or maybe we can hike in Fish or Owl canyon—each of which cuts through Cedar Mesa—perhaps after this most recent vision for land protection and exchanges becomes a reality. As we walk by cliff dwellings and pottery shards, I'll have a good story to tell them about how we not only protected this land forever but helped kids just like them get a quality education. That, in my book, is worth the long slog this might take.