But tax policies aimed at promoting private investment in clean energy technology have not been as robust. In some cases, renewable power projects are barred from accessing larger pools of private financing, and tax incentives have been unpredictable and episodic, dampening investor interest in wind, solar, geothermal, and other advanced technologies. Investors, developers, and operators need to be certain about long-term tax policy to make business and investment decisions for capital-intensive clean energy projects.

The Pew clean energy program convened a roundtable discussion in September in Missoula, MT, with business leaders of Montana's growing clean energy sector to address how federal tax policy could be leveraged to encourage greater deployment of renewable power. The event was held in Montana because Senator Max Baucus (D-MT), chairman of the Senate Finance Committee, is leading reform of the nation's tax code.

James Carkulis, CEO of the Exergy Development Group, added: “It is government's responsibility to incentivize private capital to unleash industry's creative juices and create jobs and value for investors. Government policy and tax incentives are proven catalysts that allow capital to be dynamic.” 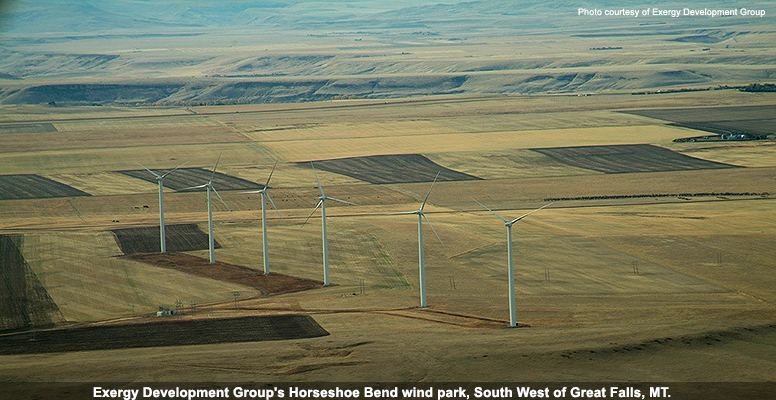 Montana's goal of getting 15 percent of its electricity from renewable power by 2015, combined with the federal production tax credit for wind power generation, has helped the state's wind industry grow from producing 2 megawatts in 2005 to 645 MW today and generating more than 4 percent of Montana's electricity, according to the American Wind Energy Association.

“The production tax credit jump-started the deployment of new wind energy resources by driving down costs,” said Jeff L. Fox, referring to the tax credit that was originally enacted in 1992. Fox, a policy manager at the Renewable Northwest Project, which promotes the use of renewable energy in the region, added that “today wind energy is among the lowest-cost energy resources available. Continuing the production tax credit will help drive costs even lower and ensure that Montanans reap the benefits of the wind energy technology we are perfecting.”

Jon Foster, wind specialist at Moodie Wind Energy LLC, said, “Tax credits, including the production tax credit and the investment tax credit [for certain wind projects and other renewable energy sources], need to be something that industry can count on, plan for, and implement if we are to create a smarter, cleaner electricity system.” Without such stability, private investors are reluctant to make long-term investments in energy projects if the tax incentives may change over time.

Innovative financing mechanisms used to advance other energy technologies could also be used to attract significant new pools of investment for renewables. One such mechanism is master limited partnerships, which have the tax advantages of a partnership but whose ownership equity can be traded easily, like public stock. Master limited partnerships have been used over the past 30 years to unlock more than $460 billion of investment in oil and gas infrastructure. At this time, however, clean energy technologies are barred from utilizing these partnerships.

Montana is among the top five states in wind power potential. While several large, utility-scale wind farms are in operation, expanding the deployment of renewable energy in the state requires the private sector to have the stability and assurance of long-term tax policy certainty.