When the partial shutdown of the U.S. government began Oct. 1, it did not affect only federal agencies. The shutdown also is having direct impact on state and local governments. States with high concentrations of furloughed workers or federal contractors, national parks and monuments that typically draw tourists, and residents affected by the suspension of assistance programs are already feeling economic pressure and are also considering the possibility of diminished tax collections. The potential impact on state budgets is significant as well, considering that the federal government provides one-third of state revenue.

If the current impasse continues, state leaders will be faced with more tough choices: allowing their residents to go without services, tapping their own budget reserves, or undertaking other measures—such as cutting spending or raising revenue in a different way. In many cases, states have a few weeks of financial cushion, but the choices will become more difficult if the shutdown persists. For example, states are likely to run out of emergency funds for nutritional support for women and children, the WIC program, by the end of October.1

While states may not have anticipated the shutdown when they passed their own budgets, a handful—particularly those most vulnerable to any potential changes to federal fiscal decisions—have policies in place that may help ease the pressure they face now. Here’s how a few states are managing federal funding uncertainty:

As other states consider tapping reserves to fill the gap left by the shutdown, there may be restrictions on their options. For instance, 10 states—Alaska, Delaware, Hawaii, Louisiana, Missouri, Oklahoma, Oregon, Pennsylvania, South Dakota, and Texas—require approval from a supermajority in the legislature before they can draw on their rainy day funds.13 Other states, such as Arizona, Indiana, Michigan, and New Mexico, have funds that only permit withdrawals during a revenue shortfall or other specific situation.14 These states may look to examples such as Virginia, where lawmakers worked with a similar constraint, for guidance. 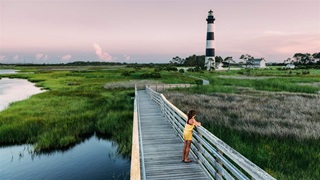