In a big step for the little fish that sustain a healthy ocean, West Coast fishery managers decided this week to prohibit new fisheries targeting forage species that aren't currently monitored or managed.

The Pacific Fishery Management Council voted unanimously on Sept. 16 to amend one or more existing Fishery Management Plans in such a way that they “would prohibit the development of new commercial fisheries on these species.” Forage fish play a crucial ecological role. They eat microscopic plants and animals known as plankton and are then eaten by seabirds, marine mammals, and bigger fish such as salmon, tuna, and lingcod. 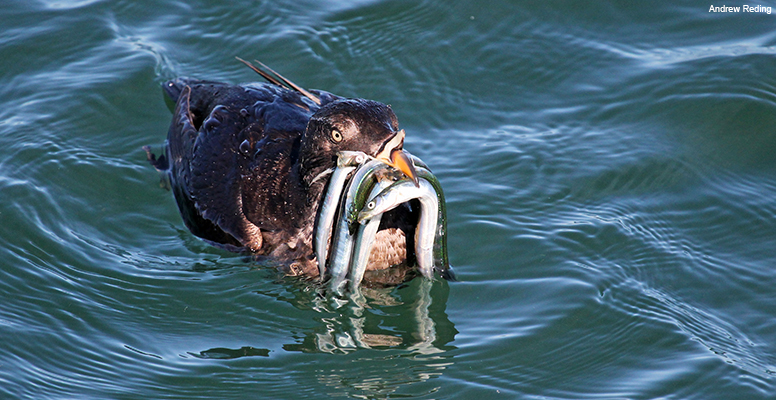 “The council deserves credit for setting us on the path toward full protection of forage fish species that, under the status quo, are susceptible to new fisheries beginning without catch limits or other regulation,” says Paul Shively, who manages Pacific fish conservation efforts for The Pew Charitable Trusts. “Forage fish form the key link in the healthy marine food web we have here on the Pacific coast, so it's gratifying that the council and the National Oceanic and Atmospheric Administration Fisheries Service stepped up to protect them.”

Forage fish form the key link in the healthy marine food web we have here on the Pacific coast, so it's gratifying that the council and the National Oceanic and Atmospheric Administration Fisheries Service stepped up to protect them.Paul Shively, The Pew Charitable Trusts

Forage fish account for more than one-third of the total worldwide catch of marine fish, with 90 percent reduced to fishmeal or oil for purposes such as feeding to livestock or farmed fish. Yet the Lenfest Forage Fish Task Force, a group of 13 eminent scientists from around the world, calculated in 2012 that forage fish are worth twice as much in the water as they are in the net. The reason: The commercial value of predators including salmon, tuna, and cod that eat forage species. The task force recommended that no new fisheries be initiated on forage species when we have little information about their population health, their migration patterns, or the degree to which predators depend on them for food.

Fish that will receive protection from this week's action include little-understood species of forage fish, among them Pacific saury, sand lance, and lanternfish. Protecting unmanaged forage fish is the first concrete initiative of the council's new Fishery Ecosystem Plan, which it adopted unanimously in April 2013.

Nearly 10,000 comments from the public supporting increased protection of forage fish were submitted in the four weeks leading up to the September meeting in Boise, ID. An additional 10,500 people signed a petition to Will Stelle, the West Coast regional administrator for NOAA Fisheries. The petition encouraged the federal government to support the council's efforts to improve protection of West Coast forage fish.

The council also heard from more than 175 marine-related businesses calling for action sooner rather than later to protect species that are essential to a healthy ocean. The day before the council's action, the San Jose Mercury News published an opinion piece written by Zeke Grader, executive director of the Pacific Coast Federation of Fishermen's Associations, and Randy Repass, founder and chairman of West Marine, Inc. encouraging the council to act with foresight and precaution to protect the important fish.

“The time to act isn't when a crisis is right on top of us,” Repass and Grader wrote. “Whether you fish for a living or run a business here on land, good planning requires the ability to anticipate problems and adjust accordingly. West Coast fishery leaders should act now to protect forage fish that aren't—yet—being targeted.”

A workgroup composed of state and federal officials will report back in the spring with options for amending fishery management plans to prohibit fishing on currently unmanaged forage fish. 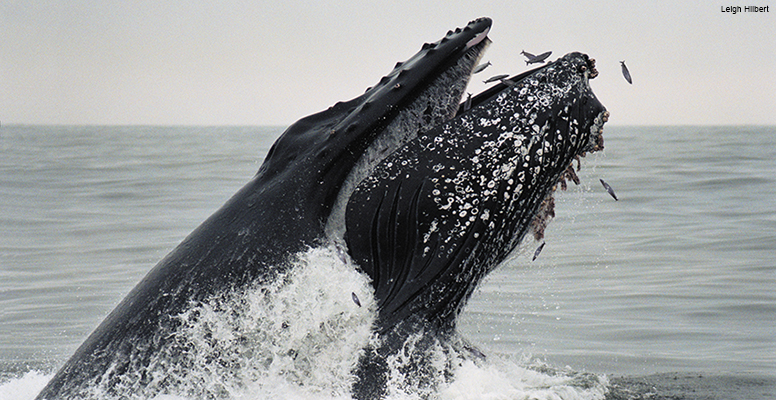