A congressional hearing today on the Magnuson-Stevens Fishery Conservation and Management Act examined a new report from the National Academies on the law's effectiveness in rebuilding depleted fish populations. As a member of the peer-review panel for the report, I can attest to the amount of work that went into this study, which clearly recognizes our nation's overall success in restoring fish stocks. But I also have serious concerns that some of its findings could lead some members of Congress to support new loopholes that could weaken our nation's primary fisheries management law. 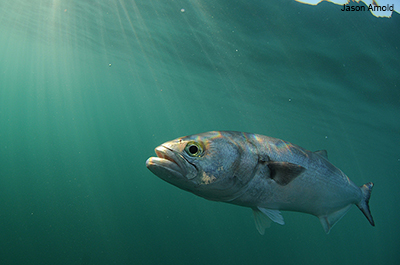 Released last week, the report reviews U.S. fisheries management since 2006. It rightly states that the current legal requirements have, “resulted in demonstrated successes in identifying and rebuilding overfished stocks.” The study also affirms that we need to prevent fish populations from becoming depleted in the first place. Such careful management would require fisheries managers to monitor the health of these fish stocks and decrease the amount of fishing if numbers decline below healthy levels. This approach would avert situations in which rebuilding is needed.

The progress noted in the report reinforces what many policymakers already know. Changes made to the Magnuson-Stevens Act in 1996 and 2006—including establishment of timelines to rebuild depleted fish populations and requirements to set annual science-based catch limits that prevent overfishing—are working. Thanks to these policy tools, 33 depleted fish species have been restored to healthy levels since 2000. Northwestern Atlantic sea scallops, Gulf of Mexico red grouper, and Pacific lingcod are among those that have rebounded under the Magnuson-Stevens Act's rebuilding requirements.

Fisheries around the nation are rebounding, thanks to the rebuilding requirements of 1996 and the annual catch limit requirements of 2006. Congressional leaders should keep those successes in mind as they look to amend the law. Lee Crockett

Such prudent fisheries management is good not only for these fisheries but also for the communities that rely on fishing for their livelihoods. Economists at the National Oceanic and Atmospheric Administration's Fisheries Service estimated in 2011 that rebuilding all depleted U.S. fish stocks that year would have generated an additional $31 billion in sales, supported an additional 500,000 jobs, and increased the revenue that fishermen receive at the dock by $2.2 billion. The financial benefits of healthy fisheries for coastal communities are huge.

Just ask Captain John McMurray of Oceanside, NY. One of thousands of anglers who can speak to the effectiveness of the Magnuson-Stevens Act, McMurray is the owner and operator of “One More Cast” Charters and a member of the Mid-Atlantic Fishery Management Council. At a July 23 hearing he told members of the Senate Commerce Committee that the Magnuson-Stevens Act's fish rebuilding requirements are working for both his business and his community. McMurray added that recreational fishermen operating along the mid-Atlantic coast caught 21 million pounds of summer flounder in 2011, up from 2.7 million pounds in 1989. That's nearly a 700 percent increase.

The new National Academies report makes the same case, but unfortunately several areas of the report are problematic. For one, it places short-term economics above potential long-term damage to marine ecosystems, arguing that forgoing efforts to restore depleted species would be an acceptable trade-off for greater access to healthier ones. In other words, the report suggests more flexibility to allow overfishing of a severely depleted population such as Georges Bank cod in order to ensure that commercial fishermen can catch more of healthier fish stocks in the same area such as haddock and pollock in New England. This is akin to robbing Peter to pay Paul.

Moreover, despite the proven success of the rebuilding requirements, the report suggests retreating from the mandatory rebuilding timelines and targets that have restored fish populations. This would be a return to the short-term thinking that has plagued U.S. fisheries management for decades where everything was negotiable.

The combination of these shortsighted approaches is likely to result in depleted fish populations and degraded marine ecosystems that will eventually be unable to support the fish that coastal communities depend on.

Fisheries around the nation are rebounding, thanks to the rebuilding requirements of 1996 and the annual catch limit requirements of 2006. Congressional leaders should keep those successes in mind as they look to amend the law. Any changes should build on those accomplishments, not undercut them.