Seven-year-old Cicely Capozzi begged her mother to let her watch Shark Week. Her mother, worried that Cicely would grow up fearing the ocean as she had, reluctantly agreed. 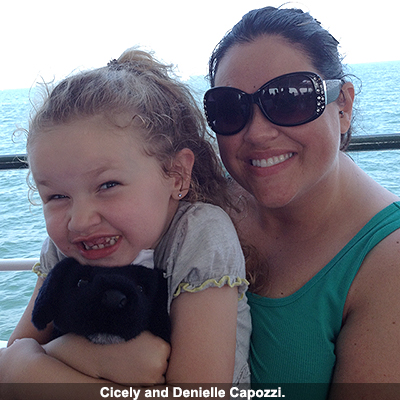 They tuned in to "Shark Fight"—a show detailing the terrifying, bloody attacks on people, including myself, who afterwards joined together to become shark conservation advocates working with The Pew Charitable Trusts.

The next morning, Cicely's mother, Denielle Capozzi, wrote to me:

"Last night, Cicely called me into her room in tears. I thought to myself, 'I knew this would happen.' To my surprise, it wasn't that she was afraid of the sharks so much as worried for you. She was so concerned for your well-being, as with the well-being of the other shark attack victims. She needs to know you're really ok. As I was trying to reassure her of your safety and explain the amazing journey you've set out on to save these creatures, I learned so much myself. These sharks I've feared my entire life NEED to be protected. Cicely, at her young age, wants to get involved and save these sharks, as well as other marine life.…You have inspired my daughter to get involved and that has in turn inspired me. It would be a wonderful gift to her if you could drop her a line and let her know you are in fact, doing well.”

The note from Nevada reached me at my home office in Orlando, where I work as a communications officer for Pew. Of course I would write to Cicely to reassure her. But her touching message stunned me into a moment of emotional reflection: writing to Cecily would not be a gift to her as much as a gift to me. Inspiring a young girl across the country whom I had never met gave me a profound sense that my journey has been worthwhile. I felt reassured that our message about sharks could someday truly help save this incredible species, and I spent some time remembering how I got to this point.

I recalled the terror of the 2004 attack in waist-deep water off Florida's east coast, seeing my shredded foot, the struggle of learning to walk again after my Achilles tendon was severed. I reflected on my decision to turn tragedy into a higher purpose.

Then I thought admirably of my friends and fellow survivors, who suffered much worse attacks, lost limbs, and yet still responded to my call to help dwindling shark populations. Memories flashed through my mind of our trips to the United Nations and the U.S. Capitol to work for conservation measures, including the Shark Conservation Act, which closed loopholes in the U.S. finning ban. And I thought about our project to collect shark fin soup samples for genetic testing. The samples revealed endangered and threatened species in soup served in some U.S. restaurants. Our goals are to stop unsustainable shark fishing, end finning, and create shark sanctuaries around the world where commercial shark fishing is banned.

The note from Cicely's mother arrived amid the chaos of Shark Week when I was busily writing about shark conservation for Discovery News and other media. I detailed our work and personal tales for Facebook Stories and did interviews with People Magazine, Mashable, Vegetarian Times and other publications. Thousands of people shared the stories through social media, and I was elated to see positive comments from people who supported our efforts and encouraged us to continue our challenging tasks.

The Discovery Channel's Shark Week show about our group, Shark Attack Survivors for Shark Conservation, nicely brought together our story, but I felt the purpose of our work more deeply now through this message from Cicely. Yet I stopped my tasks to write to her because I wanted her to understand that one person can make a difference. I suggested how she could help our cause. And I reassured her: “I am doing very well, as are the other survivors. I am walking around, swimming, having fun and working every week to help sharks….. So Cicely, please do not worry about us. We are all fine and very happy that we can use our experiences to do good.”

Cicely's mother wrote back immediately. Her message bore yet another gift for me—reassurance that success, as the often-quoted prose describes, is in part the ability to leave the world a bit better and win the respect of intelligent persons and the affection of children.

"We were both in tears as we read your email,” the mother of the second-grader wrote. “You truly are an inspiration. Cicely was smiling through tears as you described yourself and your friends; she is so happy to know you're all doing so well. As her mom, I can tell her over and over but coming from you means so much…… She is sitting here next to me absolutely beaming! Cicely wanted me to tell you: ‘Thank you so much for letting me protect sharks and save them in the ocean. Thank you very much for responding and I really like you very much.'” 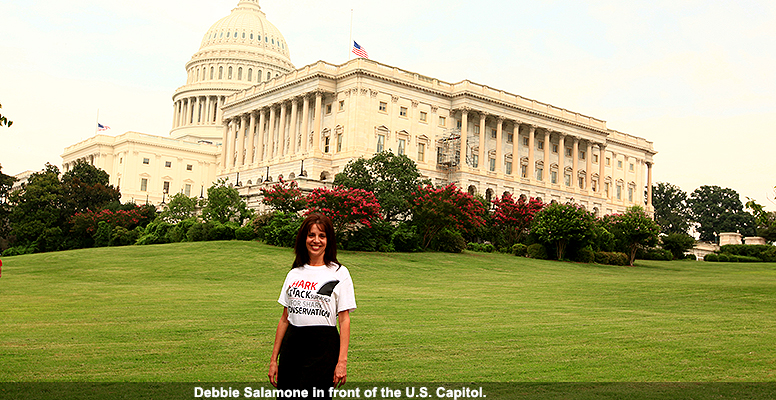