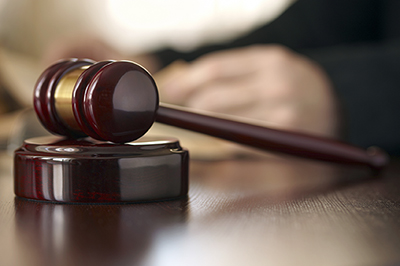 A U.S. court ordered three men to pay $29 million in restitution to the South African government for illegal fishing in that country's waters for almost 15 years. The June 14 order from the U.S. District Court for the Southern District of New York —the largest settlement under the Lacey Act, an American law that prohibits the trade of wildlife, fish or plants that have been taken illegally—follows a long legal process that began when the men were caught trying to sell on the U.S. market rock lobster that had been poached in South African waters.

The decision by the court is a landmark that puts illegal fishers on notice that international cooperation to end illegal fishing is effective and will cost them enormous sums,” says Karen Sack, Pew's senior director for international oceans. “Pew looks forward to greater country collaboration to put a stop to international fisheries crimes.”

The defendants—Arnold Bengis, his son David Bengis, and an associate, Jeffrey Noll—have completed prison sentences in the United States and forfeited proceeds from the sale of a seafood processing plant in Portland, ME, to settle illegal fishing charges. But the new order for the first time awards damages to South Africa for the theft of its natural resources.

Marcus Asner, who led the prosecution while an assistant U.S. attorney for the Southern District of New York, told Pew that the order is “an absolutely terrific result that will have a profound impact in the fight against illegal fishing. South Africa finally will get compensation to help pay for the massive damage that the defendants inflicted.” Asner added that the restitution order signals to illegal fishers and other poachers worldwide that anyone trying to sell illegally caught wildlife in the United States will face the full brunt of the law. “This will have a strong deterrent effect on other criminals, and also will give other countries a big incentive to cooperate with U.S. law enforcement in these sorts of cases.”

Pew is working to end illegal fishing around the world, primarily by improving accountability and transparency of the industrial-scale fishing fleet, and partnering with Interpol and other bodies to boost awareness and enforcement of fisheries crimes.