Pohnpei and Yap, two of the Federated States of Micronesia, or FSM, are moving to declare their waters shark sanctuaries. Each state's senate has voted to ban the fishing, sale, trade, and possession of sharks within its waters. The governors of each—John Ehsa of Pohnpei and Sebastian Anefal of Yap—are expected to sign the measures into law. With these new shark protections in place, Chuuk would be the only FSM state to allow to shark fishing.

“The senators and community members who worked for two years on these laws are to be commended for taking this important step in protecting sharks,” said Angelo Villagomez, a shark conservation expert with The Pew Charitable Trusts. “Yap and Pohnpei are critical for ending the unsustainable fishing of sharks in the Pacific.” 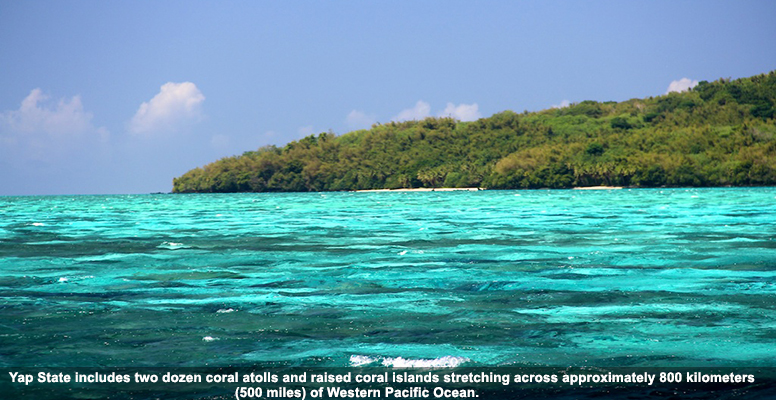 These actions by the two states move the region a step closer to the creation of the Micronesia Regional Shark Sanctuary, which would prohibit commercial fishing of sharks across a swath of ocean nearly as large as the European Union. The effort began at a 2011 meeting of the Micronesian Chief Executive Summit. There, the governors and presidents of the Federated States of Micronesia, the Republic of Palau, the Territory of Guam, the Commonwealth of the Northern Mariana Islands, and the Republic of the Marshall Islands agreed to create contiguous sanctuaries across the islands' exclusive economic zones. Once Chuuk and the national government of the FSM implement their sanctuaries, the regional sanctuary will stretch across about 6.5 million square kilometers (2.5 million square miles) of the Pacific. 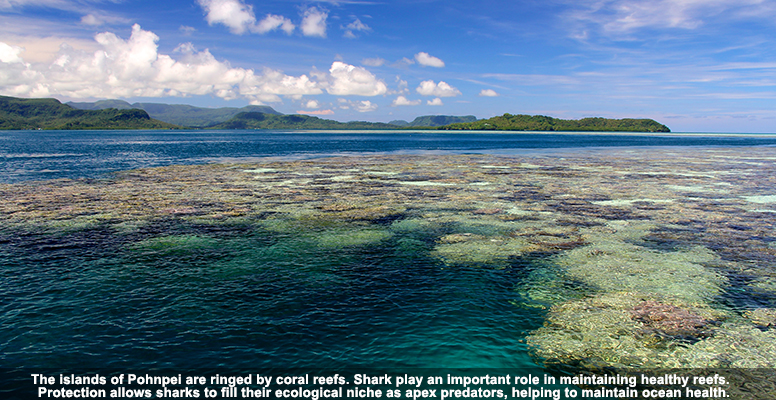 To help in enforcement of shark protections, the Federated States of Micronesia has signed a “shiprider” pact with the United States that allows its officers to conduct fisheries enforcement with the support of the U.S. Coast Guard. The Pew Charitable Trusts also helps conduct enforcement trainings for governments that have banned commercial fishing for sharks.

Note: Once Chuuk and the national government of the Federated States of Micronesia implement a sanctuary, the regional sanctuary will stretch across about 6.5 million square kilometers (2.5 square miles) of Pacific Ocean. 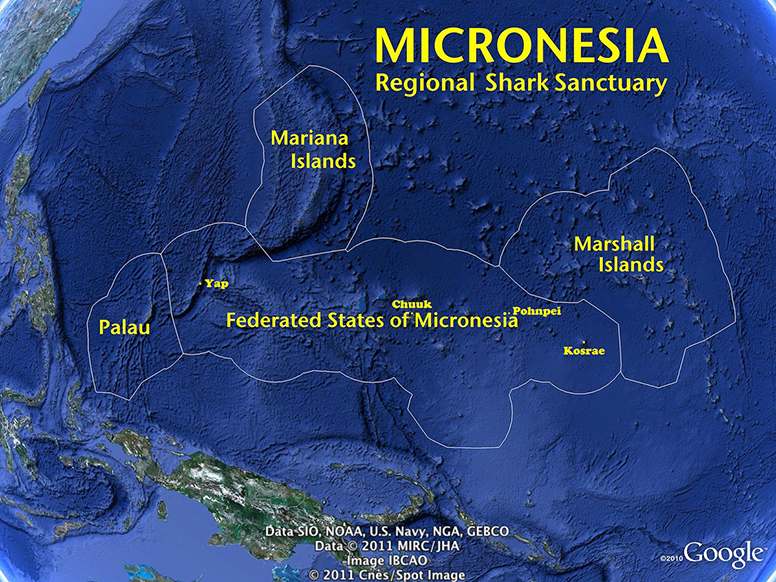