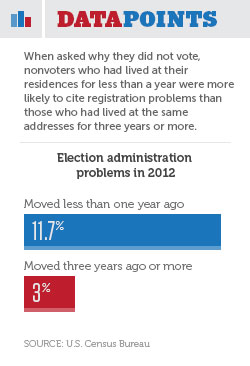 Most of the U.S. Census data about voting and registration from the November 2012 general election focus on voters, but it also examines why nonvoters did not vote. The two (of 11 possible) most common reasons were voters being too busy or not being interested in the election.