As an editorial in the Boston Globe observed, things did not look good for the coming fishing season. Fishermen were “returning from three or four days' hauling on Georges Bank with near-empty holds.” And while other regions of the country were successfully managing their fisheries “New England's council has been unable to do so.”

Twenty years later, the sense of déjà vu is unshakeable. A new season brings a troubling scenario of depleted fish populations and deficient management. Fourteen of the region's 20 groundfish—or bottom dwelling—species are currently overexploited. Cod stocks are at the lowest levels ever recorded. New England's best captains could not find enough cod in the past year to meet more than a third of their allotted quota on Georges Bank. It is, officially, an economic disaster, as the U.S. Department of Commerce declared last fall. 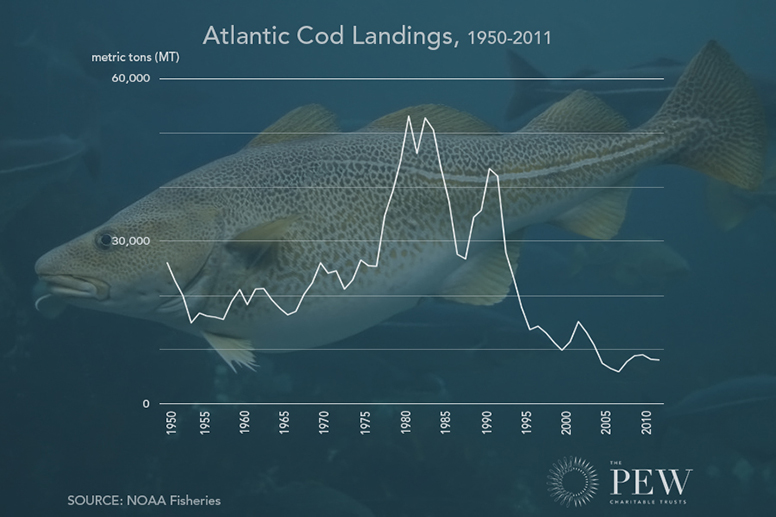 In short, here we are, with our storied fishing grounds in even worse shape than they were two decades ago.

The tools to rein in overfishing and rebuild healthy populations have been there all along — in the form of science-based catch limits required by the nation's top fishing law, the Magnuson-Stevens Act. For much of the country, the law has worked: Over the past 11 years, rebuilding plans have restored 32 previously severely depleted fisheries.

Yet New England stands apart as a place where treasured species are chronically subjected to overfishing. The waste from accidental catch is not adequately controlled, or even monitored. And important protections for marine habitat could soon be dismantledAs in 1993, the nation's top fishing law is again due for reauthorization by Congress. Last month, leaders from the public, private, and nonprofit sectors will gathered in Washington, D.C. for a special summit to discuss the future of our nation's fisheries and how the law should change to meet current challenges. Some regional critics, undoubtedly, will pointed to the ongoing difficulties in New England as an excuse to weaken the law's requirements to set strong catch limits and rebuild depleted species.

But the core problems are not due to the national law. They are closer to home. New England's fishery management council has repeatedly made risky and shortsighted decisions that keep fishing pressure too high and the chances of species recovery too low.

The pressing need for change is in the way New Englanders implement the law. But the law itself can also be improved. Even during the 1996 reauthorization of the Magnuson-Stevens Act, Congress and fishery managers realized that while stopping overfishing was the first priority, we should also attend to issues that affect the ocean itself. Today, our efforts also need to focus on protecting habitat, reducing the take of non-target species, and ensuring that enough smaller fish remain in the ocean for the larger species to eat.

With the current push for reauthorization of the law, policymakers have the opportunity to accomplish even more. Rather than considering single species as if they existed in a vacuum, this ecosystem-based approach would take into account the overall health of the marine food web—for instance how predators depend on healthy populations of prey—and build more resilient fish populations. That could be just what New England needs to turn the corner from past damage and face new challenges, including warmer waters, which will further stress many species.

As the Globe's editorial page put it in 1993, “the New England fishing industry must now be saved again—from itself, if necessary.”